I Am Invincible Leads The Way At Classic 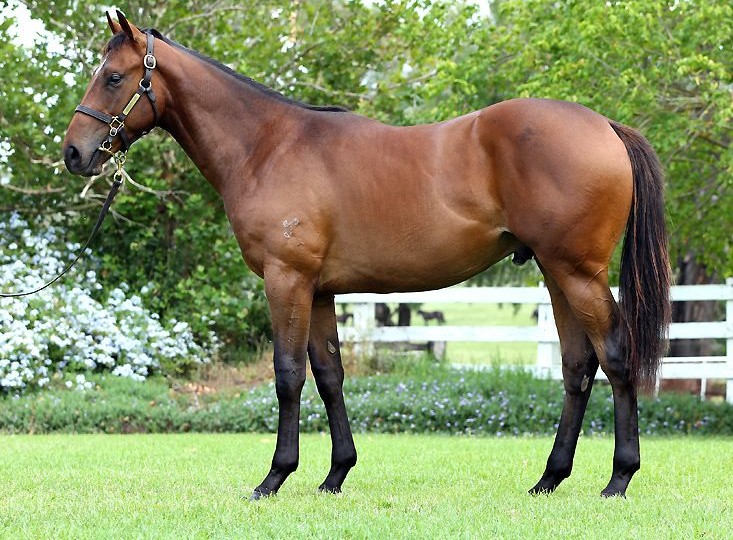 A colt from Yarraman Park’s boom young sire I Am Invincible has fetched $410,000 – the record price for any yearling offered at the Inglis Classic Sale – as vendors basked in a huge upturn in fortunes after the second day of selling at Newmarket.

The colt, out of English mare Quirina, was knocked down to Lance O’Sullivan’s Wexford Stables and will stay with Flemington trainer Mike Moroney initially. It easily eclipsed the previous top price paid for an Inglis Classic Sale yearling of $350,000 in 2007.

I Am Invincible leads the race to be crowned top stallion after the first two days of trading, which has so far recorded an overall jump of 33 per cent for the average price paid for each lot ($58,820). The median price has also soared to $48,000.

Arthur Mitchell of Yarraman Park said the farm had high hopes for the colt out of Quirina.

“He is a very good physical type, very athletic and really took the eye. He’d been very popular during inspections and we thought he would be well received.

“That said, we were pleasantly surprised he went for as much as he did.”

Some forty-three lots have been sold for $100,000 or more over the weekend, which began with a Saturday night session for the first time in the Classic Sale’s history.

It has proved a great result for breeders, who have been renowned for unearthing a host of Group 1 winners at bargain basement prices in recent years.

But a cosmopolitan buying bench has meant bidding has been fierce in 2016, culminating with the deeds of I Am Invincible’s record-breaking progeny. The sire’s most famous product has been two-time group 1 winner Brazen Beau, also a product of the Classic Sale and now a stallion at Darley who is currently at Dalham Hall Stud in Newmarket on shuttling duty.

One trainer who was able to make his mark in the ring was Newcastle based Kris Lees. On Monday Lees signed for another Yarraman Park offering, a Magic Albert colt out of Arms Wide Open.

That purchase came less than 48 hours after he trained Twist Tops (pictured above) to victory in the Inglis Classic (Restricted Listed) at Randwick on Saturday, netting connections $150,000 in the process.

Bred by Shamus Award’s breeder Bob Hannon, Twist Tops had been unwanted when going through the ring at last year’s Classic sale, failing to make her reserve of $70,000.

The daughter of Beneteau dug deep to hold off Soviet Secret (Eavesdropper) in the final 200 metres.

“She’s not the best two-year-old I’ve ridden this season but she’s the toughest and that takes them along way,” said Twist Tops jockey Tommy Berry.