I Am Invincible – Living The Dream 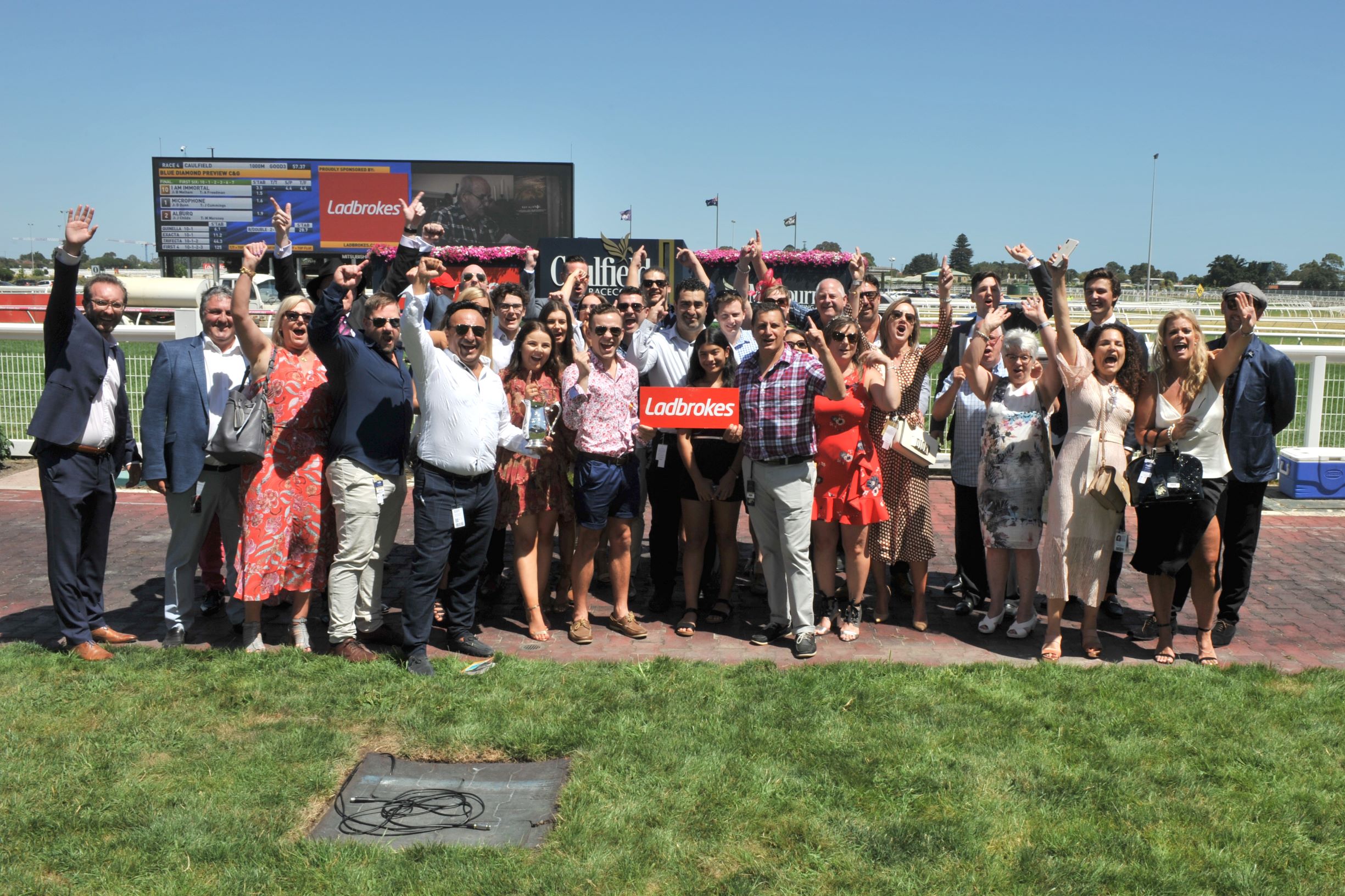 After commencing stud life in 2010 at Yarraman Park at a fee of $11,000, I Am Invincible has topped the last two Gold Coast Magic Millions Yearling Sales, sold five seven figure lots at Easter ’18 and boasted the second highest price ($475,000) at last year’s Inglis Sydney Classic, only to be pipped by his sire son, Brazen Beau.

Since the start of January last year, I Am Invincible has produced 28 stakes winners which include the Group One winners, Voodoo Lad, Media Sensation, Oohood, Viddora and Hellbent, while, on Saturday, he took his 2YO black type tally for 2018/19 to five when, firstly, I Am Immortal won the colts and geldings division of the Ladbrokes Blue Diamond Preview at Caulfield, only to be followed by Catch Me in the fillies leg some 35 minutes later. It was the first time since Rory’s Jester in 1995 that a stallion has sired both Preview winners in the same year.

So how, pray tell, did Dream Thoroughbreds manage to purchase I Am Immortal for just $200,000 at the 2018 Inglis Australian Easter Yearling Sale?

“Buggered if I know,” is the honest appraisal of Dream Thoroughbreds’ David Azzopardi, who was still relishing the Preview victory well into Sunday. “We usually purchase around six or seven a year, but mainly at the Sydney Classic, Melbourne Premier or up on the Gold Coast and, even then, usually in the $50,000 to $120,000 range.

“So, I was really at Easter just to have a look at what yearlings might fall within that midrange and then I saw this I Am Invincible colt had been passed in by Yarraman Park with a reserve of $200,000.

“I went around to see Harry Mitchell at Yarraman Park to ask him if anything was wrong with the yearling and he said ‘nothing at all’ and, as a matter of fact, he was one of the best colts in the draft.

“Maybe some of the buyers were put off because he was a bit big and looked as if he might need more time, but I offered to buy him and Harry said I’d only missed out by two minutes as (trainer) Anthony Freedman had already snapped him up.

“I couldn’t believe my luck – we’ve had a long association with the Freedmans – in fact, Lee and now Anthony have been our head trainers since we started Dream Thoroughbreds in 2010, and Anthony agreed to let us take 50%. What’s more, Yarraman Park kept a share as well.”

Making his debut on Saturday, I Am Immortal led from the get go and held off a determined race favourite, Microphone, scoring with a length to spare.

“We were fairly confident coming into the race,” Azzopardi points out. “Anthony hasn’t pushed him at all and he’s really only been on the scene a short while, but he led impressively in trials at Pakenham and Balnarring and the big question was whether he’d be able to hold on for the entire trip.

“He’s out of Meliora, a half sister to another I Am Invincible stakes winner in Whypeeo, and his mum used to get way out in front too. From memory she led them by about four or five lengths in the (Group Two) Angus Armanasco before eventually winning by over three lengths.

(I Am Immortal is the second foal of Meliora, while the Hinchinbrook half sister was sold to Boomer Bloodstock for $600,000 at the Gold Coast Magic Millions Yearling Sale earlier this month and there is a weanling full brother at Yarraman Park. Meliora was covered by Caravaggio last spring).

“It depends of course on how he pulls up, but I Am Immortal will step up to the 1100m of the Blue Diamond Prelude in a fortnight and then, fingers crossed, on to the Blue Diamond itself. I reckon there is a lot of improvement in him,” Azzopardi adds. “Our best horse to date is Mr Sneaky who hasn’t actually won a stakes race but did finish second to Santa Ana Lane in the (Group One) Sir Rupert Clarke Stakes and I’m happy to say a few of those owners are in I Am Immortal as well.

“I Am Invincible hasn’t had a Group One winning 2YO at this stage, so hopefully our bloke will be the first.”

It certainly was a dream result for part-owner, Simon Davey, who was celebrating his first city winner at Caulfield.

Involved in racehorse ownership for close to 20 years – “with some mates around Ballarat and mainly with Weiry (Darren Weir)” – Davey has had his shares of thrills and spills: “I’ve owned a Warrnambool maiden hurdle winner, which was a terrific thrill, and another one ran fifth to The Cleaner at Flemington a few years back, but nothing compares to that win on Saturday.

“Dream Thoroughbreds really take care of their owners and it’s actually my partner, Corinna Slade, who introduced me to the crew … matter of fact, a few years back we were at one of the Dream Thoroughbreds Melbourne Cup functions and Corinna won a share in a horse, Savvy Shields, who is with Anthony too. She’s won four and raced at Morphettville on Saturday as well.

“Anyway, I bought into a So You Think colt with Dream at the same time that Corinna won her share: he’s called Mr So and So and while he only won an Echuca Maiden, he also ran second and third in Group Twos at Caulfield.

“They sold Mr So and So for good money to Hong Kong where he’s won his last two starts, but the return I got from that I re-invested with I Am Immortal. Fantastic result.