I Am Yarraman…A Day To Remember 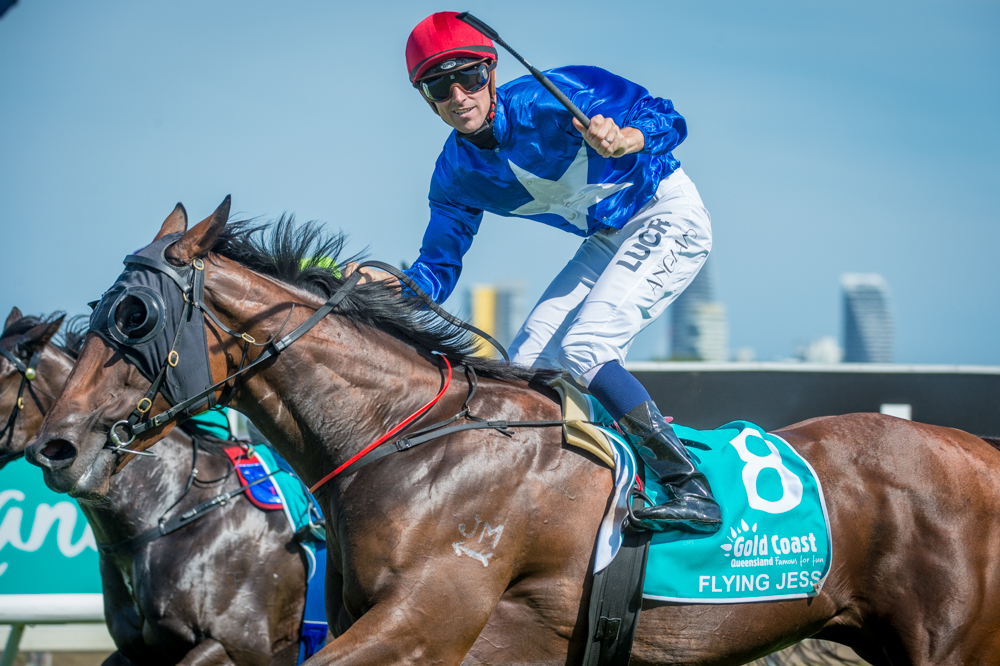 After all, it is the major aim of any stud farm to produce winners and Mitchell’s Yarraman Park has been doing exactly that since the 1970s … but they don’t get any more ‘red-letter’ than last Saturday.

Flying Jess, who won the $2 million Magic Millions 3YO Guineas in a boilover, got the ball rolling for Yarraman Park’s resident stallion, Hinchinbrook, while stablemate, I Am Invincible, continued his spectacular rise and rise with Houtzen capturing the $2 million Jeep Magic Millions 2YO Classic.

Then, later that night, Lord Balmoral – sold by Yarraman Park at the 2015 Inglis Classic Yearling Sale – made it a ‘treble’ by snaring the Listed Fairview Wines Sophomore Sprint in South Africa.

Adding to the theatre, Flying Jess was considered a $101 shot – at best – for the 3YO Guineas and had to overhaul both the then unbeaten colt and raging hot favourite, Winning Rupert, plus dual Group One winner, Global Glamour, while further complicating matters, Houtzen had to jump from the widest barrier (16) in the 2YO Classic and many had written off her chances.

“That was an extraordinary day to say the least,” Mitchell points out. “You take a lot of pride in what you sell (Yarraman Park has previously sold a Redoute’s Choice colt for $3 million at the 2006 Inglis Easter Yearling Sale and Virage de Fortune for $3.4 million at the 2007 Inglis Broodmare Sale), but there is nothing more satisfying than seeing you own stallions win big races.

“We sold Houtzen for $105,000 to Toby Edmonds at the Gold Coast Magic Millions last year and it was tremendous to see Toby and his group of owners get the win after she had do all the work at both ends of the race.

“It could have been an even better day for I Am Invincible with Viddora running so well in the (Magic Millions) Sprint and I Am Zelady (Magic Millions Plate) getting second too, but I’m not complaining!

“We’re all very happy for the connections of Flying Jess as well. Joe O’Neill (Prime Thoroughbreds) does a great job with his syndicates and well done to John Muir (Milburn Creek) which bred and sold her. John also had an I Am Invincible colt make $900,000 on the Gold Coast, so it’s not just Yarraman Park that are walking away happy.

“We’ve been selling horses up here (Gold Coast) since the second year (1987). We came the first year just to have a look, but have brought a draft every year since. They (Magic Millions) do a terrific job.”

Muir, meanwhile, reveals that Milburn Creek actually had a draft at the initial Magic Millions back in 1986 and, 31 years on, was very happy with his farm’s results in 2017.

“We brought 11 up for book one and we’re not taking any home,” Muir enthused. “I thought our I Am Invincible colt might make the million, but $900,000 is a great result and he’s going to a top trainer too in Tony McEvoy.

“As for Flying Jess, what a tremendous result for Joe O’Neill and his syndicate. Milburn Creek actually sold Calming to Joe at this sale back in 1999, so we can say that we’ve sold him his first stakes winner and now his biggest winner!

“People don’t realise a lot of the time how tough it can be: we’ve had a very good sale but there’s a lot of other vendors that put the time and effort in, yet might not get the desired result. They’re the lifeblood of the industry and full marks to them. This industry is full of wonderful people and my suggestion is to keep at it and your day in the sun will come.”

HOOFBEAT: Lord Balmoral broke through for his initial black type success on Saturday night, running rivals off their feet in the R150,000 Sophomore Sprint.

A son of the Widden Stud based, Star Witness – sire of Global Glamour, Star Turn et al – Lord Balmoral was sold by Yarraman Park to Heritage Bloodstock and Balmoral Stud for $53,000 at the 2015 Inglis Classic Yearling Sale, before being sold to Ken Truter for R650,000 at the 2015 CTS Lanzerac Ready To Run Sale in South Africa.