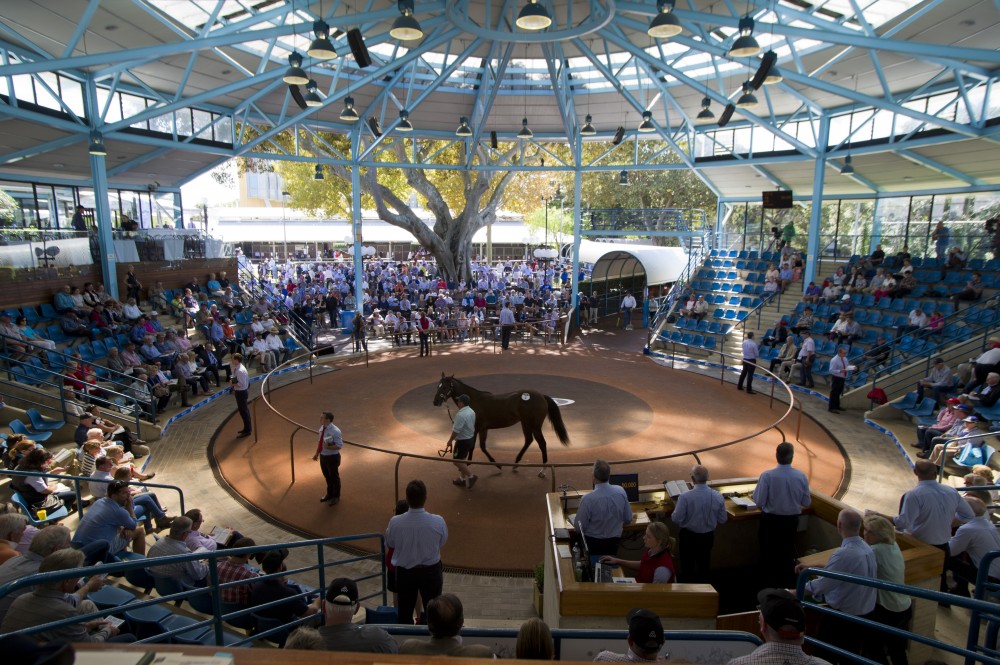 The first Australian-bred yearlings to be offered by the incomparable Frankel, a half-brother to the world champion Able Friend and another to Australia’s Horse of the Year “in waiting” Winx are among a list of headline acts to be presented at this year’s William Inglis Sydney Easter Yearling Sale.

Five yearlings by Frankel – two of them colts and three fillies – will undoubtedly attract great attention, but it more likely that a colt from closer to home will top the sale.

And it may well come from among the 30 yearlings to be offered by sire-of-the-moment Snitzel.

Among those is the half-brother to the triple Group 1-winning mare Winx who is Lot 135, presented by Segenhoe Stud on behalf of breeder John Camilleri.

The catalogue contains the progeny of 173 stakes winning mares who between them won 47 Group 1 races.

First season sires Pierro and All Too Hard have 41 and 37 respectively.

Webster points out that the success of the Magic Millions Gold Coast sale endorsed the quality and value of Australian thoroughbreds.

Webster is also expecting one of the strongest international buying benches Australia has seen.

“The Australian sales season has started well as expected, noting the lure of a weak Australian dollar which provides opportunities for international investors but also provides incentive for domestic investors to buy from home rather than importing from overseas,” he said.

“This is the year to invest in Australian bloodstock, even more importantly to invest in thoroughbreds that have the potential to perform well beyond their two-year-old campaigns.”