Buyers Go For Gold … And Bargains 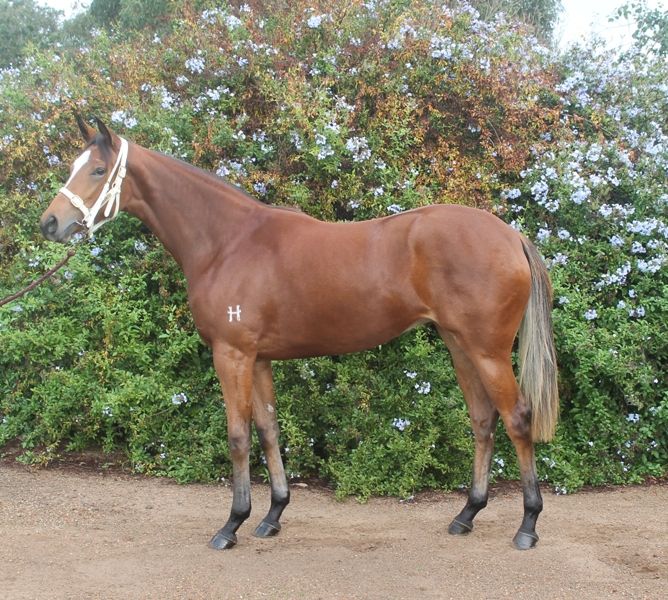 The Inglis Melbourne Gold Yearling Sale top lot, a filly by Dundeel from My Holidaze (Inglis)

The Inglis Melbourne Gold Yearling Sale has produced many a luminary over the years and bargain buyers will be hoping that some 2019 ‘graduates’ will be following in their hooftsteps.

On the back of a $2.3 million VOBIS program at Caulfield on Saturday – which included the inaugural $1 million Ladbrokes Showdown for 2YOs – trainers and agents were out in force at Oaklands Junction on Sunday, seeking gold from the 215 lot strong catalogue.

Certainly Cape Schanck Stud’s Tony Ottobre hopes he has found one with the Dundeel filly he purchased from Jazcom Thoroughbreds for $90,000 … topping the sale.

The filly – who hails from the family of Champion 3YO Filly Samantha Miss – will be trained by David Brideoake, who also saddles up the Ottobre family’s Group winning filly, Princess Jenni.

“She is very similar in type to Princess Jenni who we obviously have a massive opinion of,” Ottobre enthused. “I went through the catalogue looking for classic horses and was really excited to get her. Got a terrific walk on her.”

“The level of interest and participation was really pleasing,” Inglis’ Victorian Bloodstock Manager, Simon Vivian, points out. “We had a significant number of individual buyers, including a great cross section of Victorian trainers.

“A lot of the top Victorian trainers were active … Lindsay Park, Maher and Eustace, Mick Price and Mike Moroney to name a few.

“Plus, there was strong international interest in the sale with active buyers from Singapore, New Zealand, Hong Kong, Vietnam and Macau.”

The show now moves to Sydney where Inglis will conduct the opening day of the Australian Broodmare & Weanling Sale on Thursday (followed up by further sessions on Sunday and Monday), while the Chairman’s Sale takes centre stage from 6.30pm at Riverside on Friday.