Group One Success Is Grant-Taylor Made 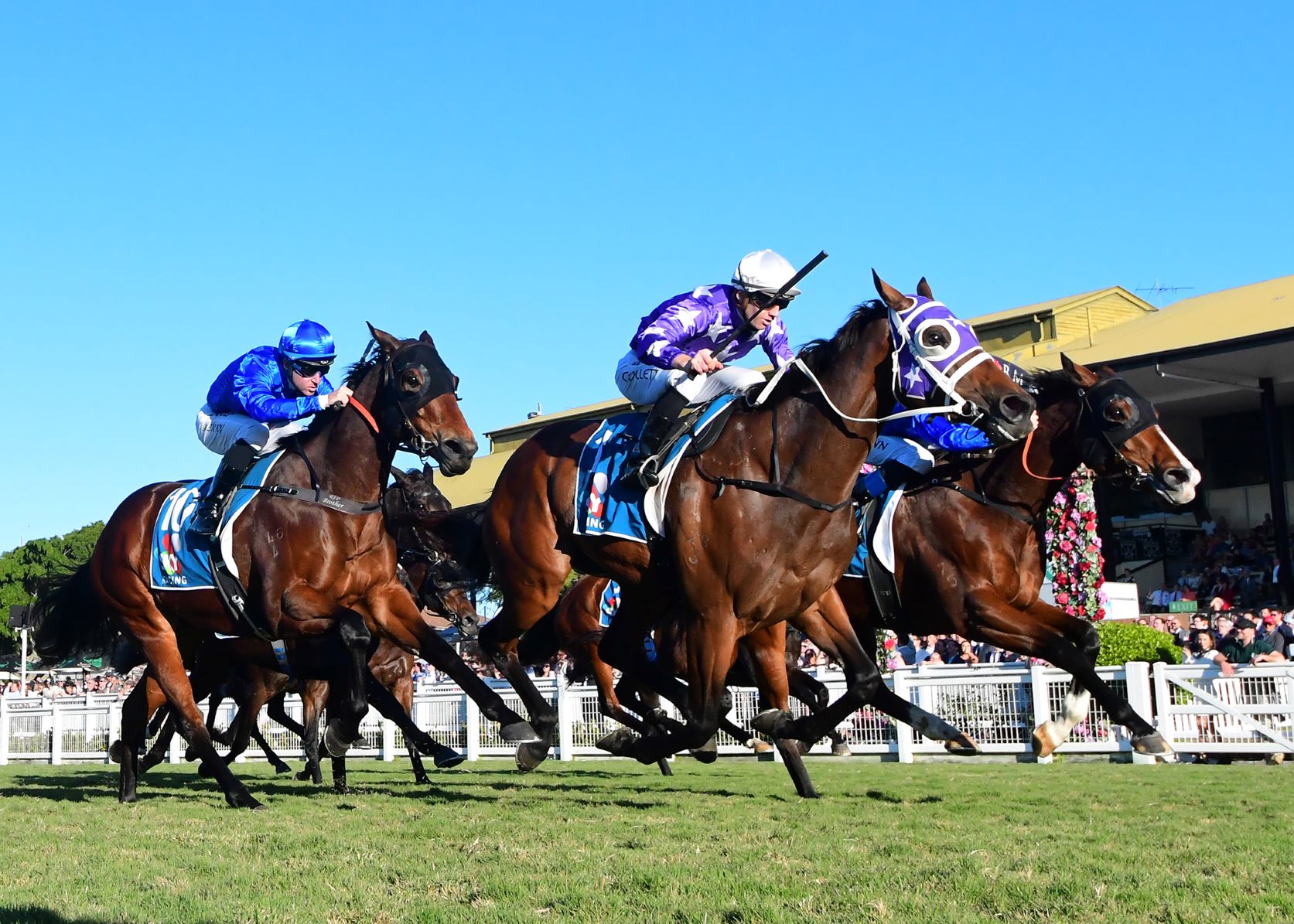 Invincibella edges out the Godolphin-trained duo to claim her maiden Group One victory (Trackside Photography).

The final Group One for 2018/19 – the $500,000 Sky Racing Tattersall’s Tiara won by Invincibella – will be remembered for any number of milestones.

For trainer Chris Waller it was his 18th success at the elite level this season, breaking the record established by the legendary TJ Smith nearly 40 years ago.

Invincibella’s sire, I Am Invincible, meanwhile, had already set the benchmark for number of individual stakes winners in a 12 month period when he hit 28 in May, but his 5YO mare becomes the ninth individual Group One winner for the Yarraman Park Stud based stallion.

Then of course there is astute syndicator, Star Thoroughbreds, which is no stranger to Group One success either via the likes of Sebring, Theseo, Driefontein, Foxplay, Danglissa and D’Argento which all raced in the purple and white silks.

However, despite the number of trips to the well for Waller, I Am Invincible and Star Thoroughbreds, it was a Group One first for Invincibella herself, veteran jockey Jason Collett and for breeder, Andrew Grant-Taylor.

Well, to be more specific, Invincibella is the first Group One winner BRED by Grant-Taylor.

Something of a racing tragic – aren’t we all? – Grant-Taylor has small shares (“ranging from 2.5% to 10%”) in around a dozen racehorses and, at one stage, did contribute to the feed bills for 2009 Sir Rupert Clarke Stakes winner and Blue Gum Farm sire, Turffontein.

A Queensland-based pharmacist, Grant-Taylor confesses to enjoying the constant thrill of racing horses – hence the spread of shares – but doesn’t mind playing the long game either.

“I purchased two yearling fillies in 2002, one of them a Zabeel I called Luminata and a Red Ransom named Kidnapper,” Grant-Taylor reveals. “Kidnapper was a pretty good racehorse who won several races in Brisbane, but was an even better broodmare with six winners from as many to race including Cape Kidnappers (a dual stakes winner of nine races) and Racecourse Road, which was bred in partnership with Rob Zuitton and was a winner at Eagle Farm in April.”

It was Luminata though that has shone brightest, albeit overcoming a ‘rocky’ start.

“She (Luminata) was an outstanding looker and, in fact, I remember one commentator saying, “she’s not only the best type you’ll see here on track, but the best you’ll see anywhere’,” Grant-Taylor recalls. “Unfortunately, she didn’t live up to her looks and only won a couple of minor races.

“Then her first foal smashed his shoulder at five weeks and, even though he came good, split a cannon bone just before the yearling sale. We raced him and he won a race at Coffs Harbour but then he caught a virus and had to be put down.”

Luminata has fared much better since, with her second foal the unraced Galileo mare, Abscond.

Abscond’s first foal, Invincibella, was sold by Grant-Taylor, through Sledmere Stud, for $185,000 at the 2015 Gold Coast Magic Millions Yearling Sale and, courtesy of Saturday’s Tiara success, has now won 11 races – including four Group Twos – and $2,458,303 in stakes.

Abscond’s third offering, the Sizzling 3YO, Secret Blaze, isn’t too shabby either, capturing the Listed Galilee Series Final at Caulfield in April (on the same day Racecourse Road won at Eagle Farm), while the 2YO full sister, Well Done You, is unraced.

“She (Abscond) has a cracking Extreme Choice colt which will be sold through Sledmere Stud next year, while the mare is in foal to Spirit of Boom,” Grant-Taylor points out. “As for Luminata, she has had five to race – including (Group One) VRC Derby placegetter, Light Up Manhattan – for five winners.

“I’m really enjoying the run of racetrack success this season, but it’s a pretty good feeling too to crack your first Group One win as a breeder.”