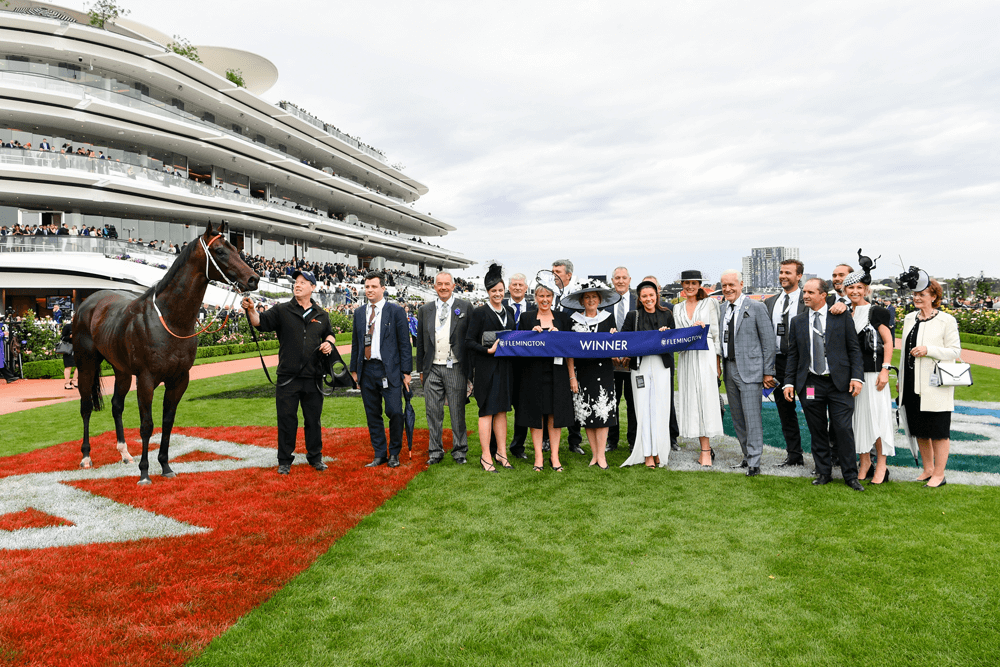 For no other reason than he wanted to know more about the genetics and conformation traits of the horses he was racing, prominent owner Nick Vass expanded his thoroughbred interests to breeding.

That was five years ago and it’s safe to say that it’s been a whirlwind introduction, culminating in the Sydney businessman breeding the Coolmore Stud Stakes winner Exceedance.

Exceedance mows down Bivouac in an epic edition of the Group 1 Coolmore Stud Stakes. He is a serious racehorse…😮 pic.twitter.com/u0hQX4BSPz

The Coolmore result has left Vass a happy breeder but one also dealing with a tinge of regret.

He no longer owns Bonnie Mac, the dam of Exceed And Excel colt Exceedance, after selling the mare in foal to Golden Slipper winner Capitalist for $375,000.

His decision to part ways with the Thorn Park mare at the Magic Millions National Broodmare Sale in May was purely a business one and was timed to coincide with the emergence of Exceedance.

“I sold her simply because I was cutting down on my broodmares. It’s a hard game breeding horses,” he said.

“I wanted to move her on while her name was up in lights a bit with Exceedance coming along.

“Wish I didn’t now but hindsight is always a wonderful thing.”

Vass is well-known in racing circles and he and wife Amy have an involvement in up to 40 racehorses across different stables in Sydney.

Success on the racetrack has included important victories with horses such as Electrique, Electronic, Cheeky Choice, Go Bint, Spurred On, Grand City, Shy Hero, Space Age, Sweet Idea and No Looking Back.

It was Vass’ most recent Group One winner who he had earmarked as a flagship of a band of broodmares now domiciled at Newgate Farm in the NSW Hunter Valley.

Vass had a 20 percent stake in Sweet Idea, the Gai Waterhouse-trained sprinter who bowed out of racing with a Group One win in the 2015 Galaxy over 1100m at Rosehill.

He purchased Sweet Idea outright at auction for $1.6 million only to be approached not long after by the Queen’s racing manager John Warren.

On the back of an offer he couldn’t refuse, Vass sold Sweet Idea to the Queen and reassessed his bloodstock portfolio.

“I started off slowly with a couple of average mares but I finally got myself into a couple of good mares,” he said.

“For that I give a lot of kudos to Henry Field at Newgate.”

Vass has backed Field from the start, buying into Newgate foundation stallion Foxwedge as well as placing the first broodmare on the Scone property.

It’s been a profitable relationship with Vass breeding the first Group One winner off the farm when Foxwedge’s daughter Volpe Veloce won last year’s Railway Stakes in New Zealand.

He also bred the first Newgate-raised colt to realise seven figures at a yearling sale.

Exceedance made $180,000 at the Inglis Easter Yearling Sale last year and is now one of Australia’s most valuable colts.

Vass has no regrets on that score.

“I’m moving six to ten yearlings every year and you just can’t keep a leg in all of them. It gets out of hand otherwise,” he said.

“Besides, I’ve got the yearling half-sister by Sebring to Exceedance. I’ve got her booked to go to the Magic Millions.

“She is put together nicely by a great sire who has passed away so there is a lot of upside to that filly.

“If I can get a couple of guys together I might keep her. If not I’ll run her through the hammer and keep a leg or something like that.”

Vass says parlaying memorable moments as a racehorse owner into a successful commercial breeding venture isn’t as easy as it might sound.

“I seem to have a reasonable eye for a good horse and I just wanted to try the system out a bit,” he said.

“I did a lot of research to start with … it’s a hard gig because so many things can go wrong in breeding.

“But I just enjoy horses as a general rule, so I thought it would be good to have an interest on both sides of the fence if you know what I mean.

“And it makes you a better judge of horses too, having to deal with them and breed with them.

“You learn a lot more about the horse itself.”