From Jamaica To Flemington – it could be a Classic 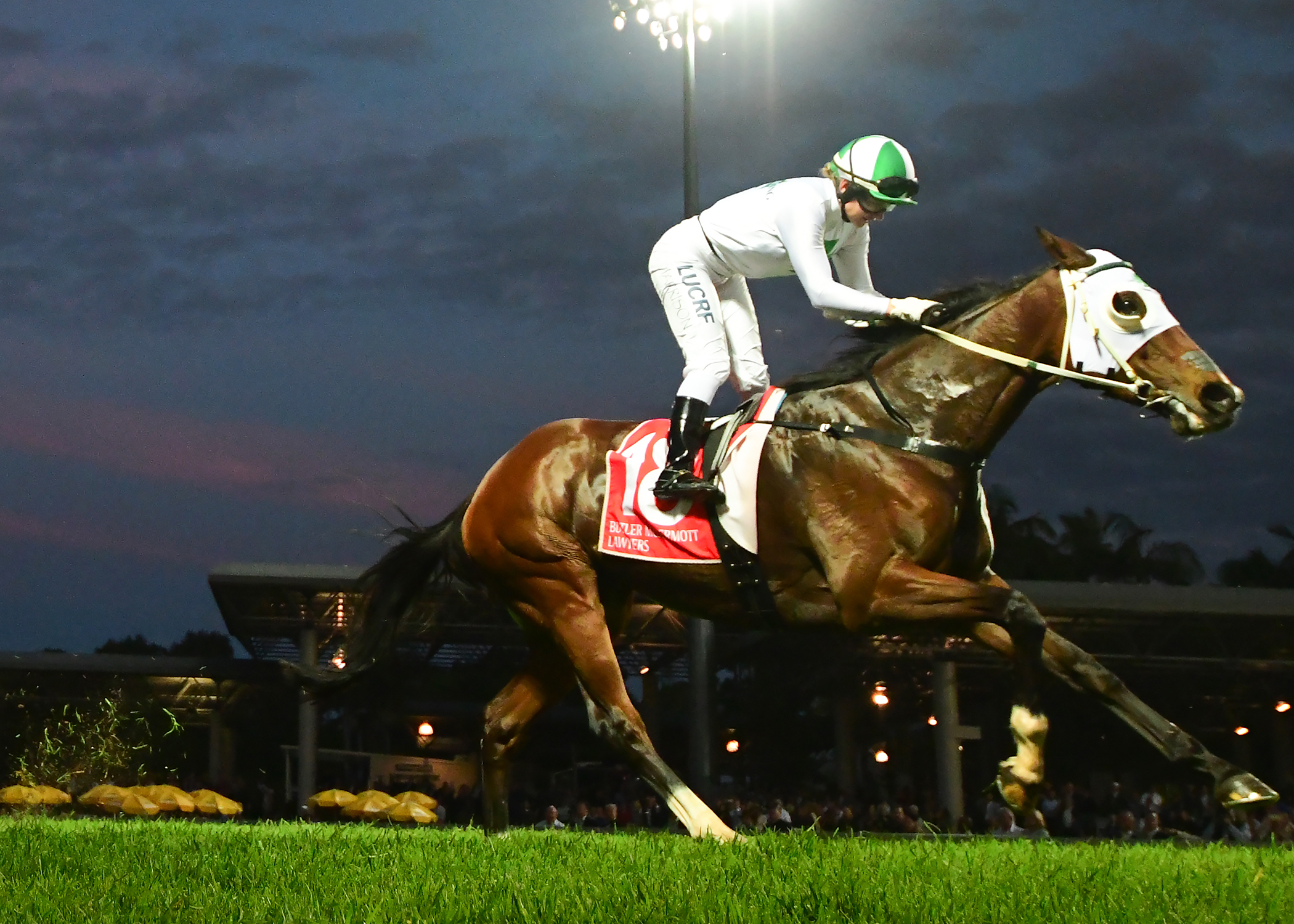 Leading Australian stud farm, Newhaven Park, is gearing up for another big spring with its mares … and not just in the breeding shed.

On the back of a resounding victory in May’s Group One Doomben 10,000, the Newhaven Park bred and raced mare, English, has recently secured a slot in the in the $13 million The Everest at Randwick on 13 October, while another home-bred mare in Jamaican Rain will also be seeking Group One glory come November.

Racing in Saturday’s Listed Oaks Hotels Glasshouse Handicap over 1400m at the Sunshine Coast, Jamaican Rain made it three on end with a resounding performance, racing away to score by nearly four lengths.

Becoming the 13th stakes winner for Blue Gum Farm sire Manhattan Rain, Jamaican Rain has won six of 11 outings and is now likely to target the Group One Myer Classic at Flemington on the first day of the Melbourne Cup Carnival.

For the Glasshouse, Jamaican Rain was saddled up by Bevan Laming on behalf of his son Richard, who trains the 5YO mare at Cranbourne in Victoria (and was at the Darwin races on Saturday).

“We were aiming her (Jamaican Rain) at last week’s (Group One) Tatt’s Tiara but she failed to get a start,” Laming senior points out.

“She’s very good on heavy tracks, but also reckon she’s very good all round and she’ll stay in Brisbane for the (Listed) Tatt’s Mile (21 July) before heading back to Melbourne. We’ll be looking at the Myer for her late in the spring.”

Jamaican Rain was sold by Newhaven Park for $90,000 at the 2014 Gold Coast Magic Millions Yearling Sale and they wisely retained a quarter share.

“She (Jamaican Rain) was a lovely filly and so we decided to keep a leg, which we often do with the progeny of our young mares and particularly when they are going into top stables.

“The Lamings also purchased a Reset half-brother to Jamaican Rain for $100,000 at the Inglis Sydney Classic Yearling Sale this year and we’ve kept a share in him too.”

While Jamaican Rain hails from an outstanding European family, much of the focus on the pedigree is due to both her sire – Manhattan Rain (by Encosta de Lago) – and damsire – Redoute’s Choice (by Danehill) – being half-brothers, giving the Myer Classic hopeful a 2 x 3 cross to wonder broodmare Shantha’s Choice (dam of three Group One winners).

It is hardly unique though as the same Manhattan Rain/Redoute’s Choice cross has produced another stakes winner in Manhattan Street, a stakes placegetter in Man of Choice and six other winners.

“We do a lot of linebreeding at Newhaven and although it’s fairly close up, it’s worth remembering that Danehill was 3 x 3 to Natalma, while that incredible Japanese based stallion, Northern Taste was 3 x 2 to Lady Angela,” Kelly adds.

“It’s certainly worked in Jamaican Rain’s case and we’ll definitely be considering sending Heriz back to Manhattan Rain this season. He’s done a terrific job and is hugely underestimated.”

Blue Gum’s Philip Campbell, who stands Manhattan Rain at his Victorian farm, is the first to agree.

“We got him (Manhattan Rain) last year and, on the strength of his (2017) Golden Slipper winner, She Will Reign, plus horses like Whisky Baron, a Group One winner in South Africa around the same time, he ended up covering 112 mares,” Campbell enthused.

“It’s worth pointing out that Manhattan Rain’s owners are not breeders, so virtually every one of those mares came from outside of the farm. He stands at a fee of $19,250 which we reckon is outstanding value and was proven by the level of interest in him, both last spring and again for the coming season.

“Manhattan Rain has a lot of good horses coming through and, aside from She Will Reign who won the (Group One) Moir last spring, he’s had three new stakes winners this season via Runaway, Let Me Sleep On It and Jamaican Rain. There’s no guesswork … he’s just doing the job.”