Bester At The Heart Of Global Success 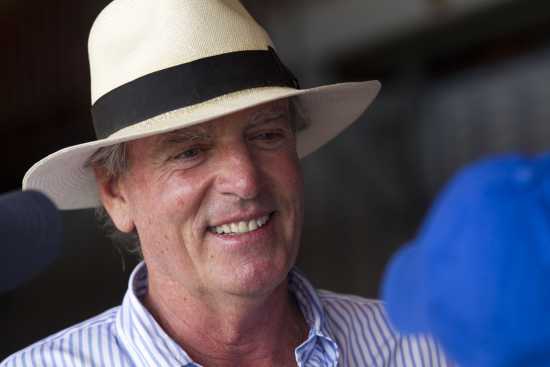 When leading bloodstock agent, James Bester, arrived in Australia in 1988, Danehill still hadn’t raced and the era of stallion shuttling was very much in its infancy.

Indeed, more than 30 years hence, Bester continues to marvel at how much the world of breeding and racing keeps getting ‘smaller’: metaphorically of course.

However, it was an Australian-bred winner in Japan on Saturday that, naturally enough, had Bester cheering from afar.

Fiano Romano had won five of his 10 outings leading into Saturday’s Group Three Lord Derby Challenge over 1600m on turf at Nakayama, with the Fastnet Rock 4YO having taken home close to A$1 million in earnings.

Sitting on the pace throughout, the Tomokazu Takano trained entire would gamely hold off a late challenge from Primo Scene, who – coincidentally – is by Japan’s Champion Sire Deep Impact out of Fastnet Rock’s 4-time Group One winner and Golden Slipper runnerup, Mosheen.

Fiano Romano was offered by Kia Ora Stud at the 2016 Inglis Australian Easter Yearling Sale, where he was knocked down to Katsumi Yoshida for $250,000.

“I’ve been involved with several Group One winners since coming to Australia – as buyer, seller, breeder or owner – but Fiano Romano’s Group Three win was as satisfying as any,” Bester explains. “He’s the 145th stakes winner for Fastnet Rock, whose dam, Piccadilly Circus I bought as a yearling before going on to win a Group race at two and finishing third in the Group One Blue Diamond.

“I also purchased, for Kia Ora Stud, Fiano Romano’s dam, Heart Ashley, for $500,000 at the Keeneland November Breeding Sale. Heart Ashley was a multiple Group winner in North America and is now a half sister to three other stakes winners, including Group One winner and Coolmore Stud stallion, Cupid.

“Heart Ashley’s first foal, a full sister to Fiano Romano, was sold to Spendthrift Farm for $400,000 at Easter and – named Ameristralia – went on to win four and was Group placed for Team Hawkes.

“The point is, this industry is getting more global by the day: you have an expat South African buying a yearling filly in Australia who produces a Champion Sire by a dual hemisphere legend, who then sires an Australian-bred Group winner in Japan from a mare bought in America. How cool is that?”