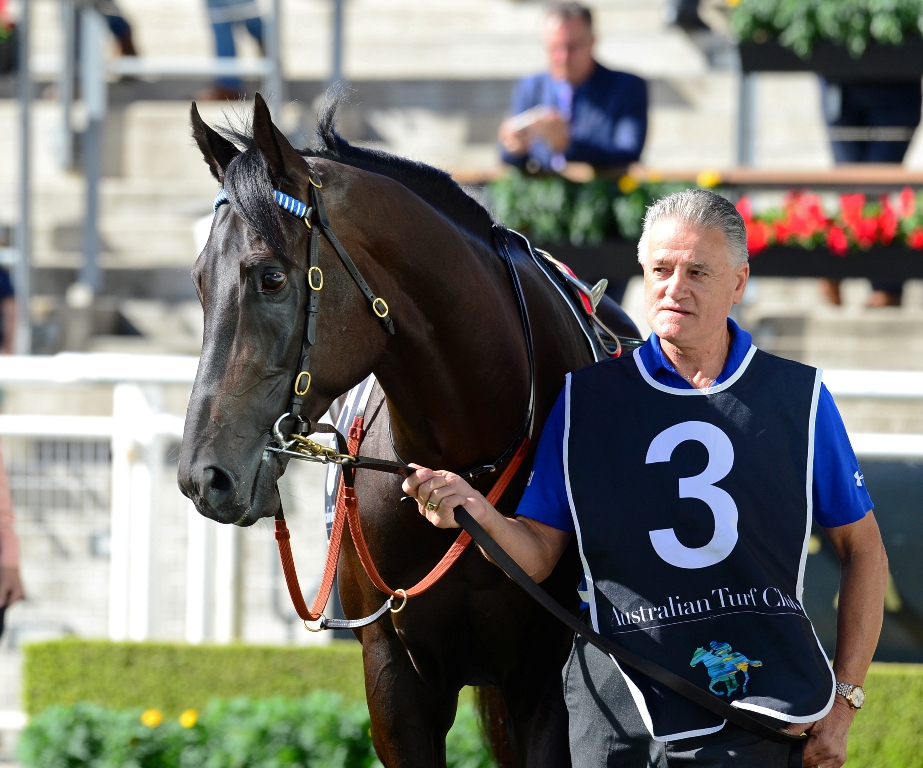 The weekend of racing has yielded yet another bumper result for the Godolphin/Darley operation with four stakes winners – two of those at Group One level – being sired by their stallions.

Teofilo chimed in with a second win at the elite level for Happy Clapper in the Canterbury Stakes, and Street Boss’s Tougherthantherest was exactly that in the Listed National Sprint, while Lonhro produced a double via Kementari in the Group One Mostyn Copper Group Randwick Guineas over 1600m at Royal Randwick and Encryption in Sunday’s Group Three J McGrath Auto Black Opal Stakes over 1200m in Canberra.

Both Kementari and Encryption carry the Godolphin ‘blue’ – arguably the most famous silks on the planet – and both secured a career after racing with their respective victories.

It was a third stakes win – albeit first at Group One – for Kementari, while Encryption broke through for his initial stakes success after three previous black type placings.

Godolphin trainer, James Cummings, was mightily impressed with both performances, and particularly for Kementari as a somewhat belated acknowledgment of the colt’s ability: “If Kementari drew a barrier in the Caulfield Guineas (finishing a close second to Mighty Boss), the Randwick Guineas would have been his second Group One,” Cummings enthused. “The performance on Saturday was awesome … I had an almost fearful amount of confidence in that horse’s opportunity to win.”

Some 24 hours later, Encryption would garner similar praise from Cummings: “If attitude determines the altitude, this horse can go a long way … the beautiful thing about Encryption is that he has got a massive (pedigree) page to go with it. He gives himself every opportunity and he’s tough.

“This (the double) is a massive result for the company … it provides a lot of vindication for our whole racing operation.”

Vin Cox, the recently appointed Managing Director of Godolphin Australia, was equally taken with the performances and contemplated what lay ahead for both colts.

“The Randwick Guineas was Kementari’s prime target, but he has 51.5 kilos for the ($3 million) Doncaster and he’s definitely proven at the mile!,” Cox points out. “As for Encryption, it’s hard to say where he will head too next … he’s entered for the Golden Slipper, but the (ATC) Sires’ Produce is an option as well.”

Cox, however, reserved his greatest praise for the rising 20-year-old, Lonhro.

“The old boy still has it,” Cox adds. “He just keeps producing topline performers and Encryption was his 73rd stakes winner, while he has close to 800 winners overall.

“What’s more, his legacy is likely to continue for some time to come as his son Pierro – who was rated the best juvenile colt since Luskin Star in 1997 – is currently leading Australian Second Season Sire.”

Kementari is a half brother to 2YO stakes winner Telperion from a well related Group winner in Wild Queen, while Encryption is the first foal of 4-time Group One winner Guelph, in turn a daughter of Group One winning 2YO, Camarilla.

HOOFNOTE: Kementari is out of the Redoute’s Choice mare, Yavanna, which would be familiar to Tolkien die-hards as she is the goddess of flora and fauna. According to Suzanne Philcox, who does an incredible job of naming all the Godolphin Australia racehorses (and for many years previously with Woodlands Stud) explains that Kementari is Yavanna’s “family name” and means “giver of life”.

One thing is for sure, Kementari was pretty lively in the Randwick Guineas.