Kempsey’s Barry Is Beside Himself 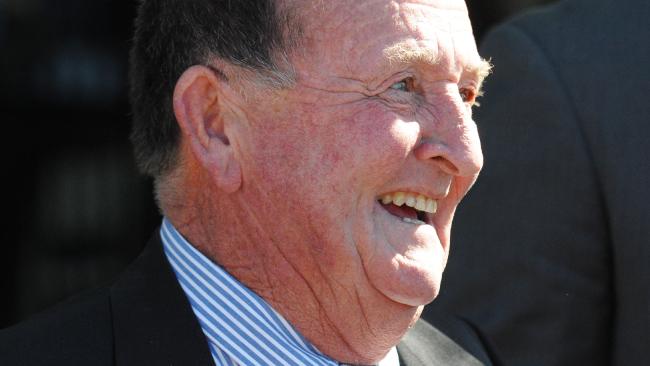 Kempsey trainer, Barry Ratcliff, doesn’t have many in work: “around eight in the stables with a couple more due to come back in”.

It’s not a big team by any stretch and Ratcliff would be the first to admit that trips to the “big smoke” are few and far between.

The thing is though, ‘far between’ might lose its relevance in the weeks and months to come if Ratcliff’s filly, Beside You, continues on her winning way.

Beside You remained unbeaten – three from three – with a resounding victory in the Colin McAlpine Tribute Highway Handicap at Rosehill on Saturday, and Ratcliff reckons they’ll be back for more of the same in a few weeks time.

“She (Beside You) really is something else,” Ratcliff enthused. “I got her from Lincoln Farm in Scone and, before she had raced, the bloke riding her in work said she had a ton of ability.

“I put her in a 2YO Maiden over 1000m at Kempsey in May and she just blew them away. It was a bit hard to line her up from that run because those she beat that day hadn’t done much before or since and so I took her to Coffs Harbour for a Class 1. She won again and paid $18 … we don’t mind a bet.”

Consequently, Ratcliff was betting on Beside You being up to city class when he decided to take her to Rosehill for Saturday’s race – “by rights, she’s still only a 2YO” – but felt justified when the filly got up in a thriller after being caught in a seemingly impossible position turning for home.

“I was panicking a bit, but she’s a bloody good this horse.”

The race is part of the ‘Highway’ series which is exclusive to country trained horses and Ratcliff reckons it’s a real winner: “This is not the first time I’ve raced in the city. I’ve brought a few down in the 30 or so years since I started training, including Sunrich.

“He was a great old horse … he hadn’t raced for four years when I got him and then won nine straight including one at Canterbury. He only had two or three teeth the old boy but he was still racing as a 12YO.

“Lots of fond memories, but Beside You could bring a few more of her own.

“Full marks to Racing NSW for staging those Highway races and there’s another one coming up in a couple of weeks and we’ll be back for that … fingers crossed she’ll make it four straight.

“She’s developing a real following this horse … the trip to Sydney was made even more special by the number of old mates I caught up with – people I haven’t seen for ages.”

One person Ratcliff has spoken to many a time over the years but met for the first time on Saturday was Beside’s You breeder, Nick Posa.

“Barry’s a terrific bloke : a real trier,” Posa points out. “He’s prepared to give his horses a go and doesn’t mind travelling around the countryside to find the right race for them.

“A few years back I was standing the More Than Ready horse, Ready’s Image, at Lincoln Farm and Barry called me and asked if he could send his mare, Langfibian.

“She had won a lot of races for Barry … 18 of them in fact including the Bat Out of Hell on the Gold Coast. She was also placed in town.

“Anyway, she didn’t get in foal the first time around but the year after that she got in foal. Sadly, the foal died. Barry said to me he’d had enough of the breeding caper and gave me the mare.

“I sent her to Ready’s Image again and she produced a cracking foal. Then, as luck would have it, there was this huge storm and the foal ran into a fence and we had to put him down.

“I sold the mare, in foal to Ready’s Image, at the 2013 Easter Broodmare Sale for $10,000 and she later produced a colt for the new owners, Kooringal Stud.

“That turned out to be Flash Fibian, who ran second to Defcon in this year’s (Group Three) Black Opal Stakes.

“It’s just the way things go sometimes in this industry … good luck to them.

“Anyway, Barry has always kept in contact and said to me if I ever had a nice horse that I’d like to lease, to let him know: so, I rang him up and said ‘I’ve got this nice filly by Ready’s Image you might interested in’ …”