Kersley The Respondent In Cup Success 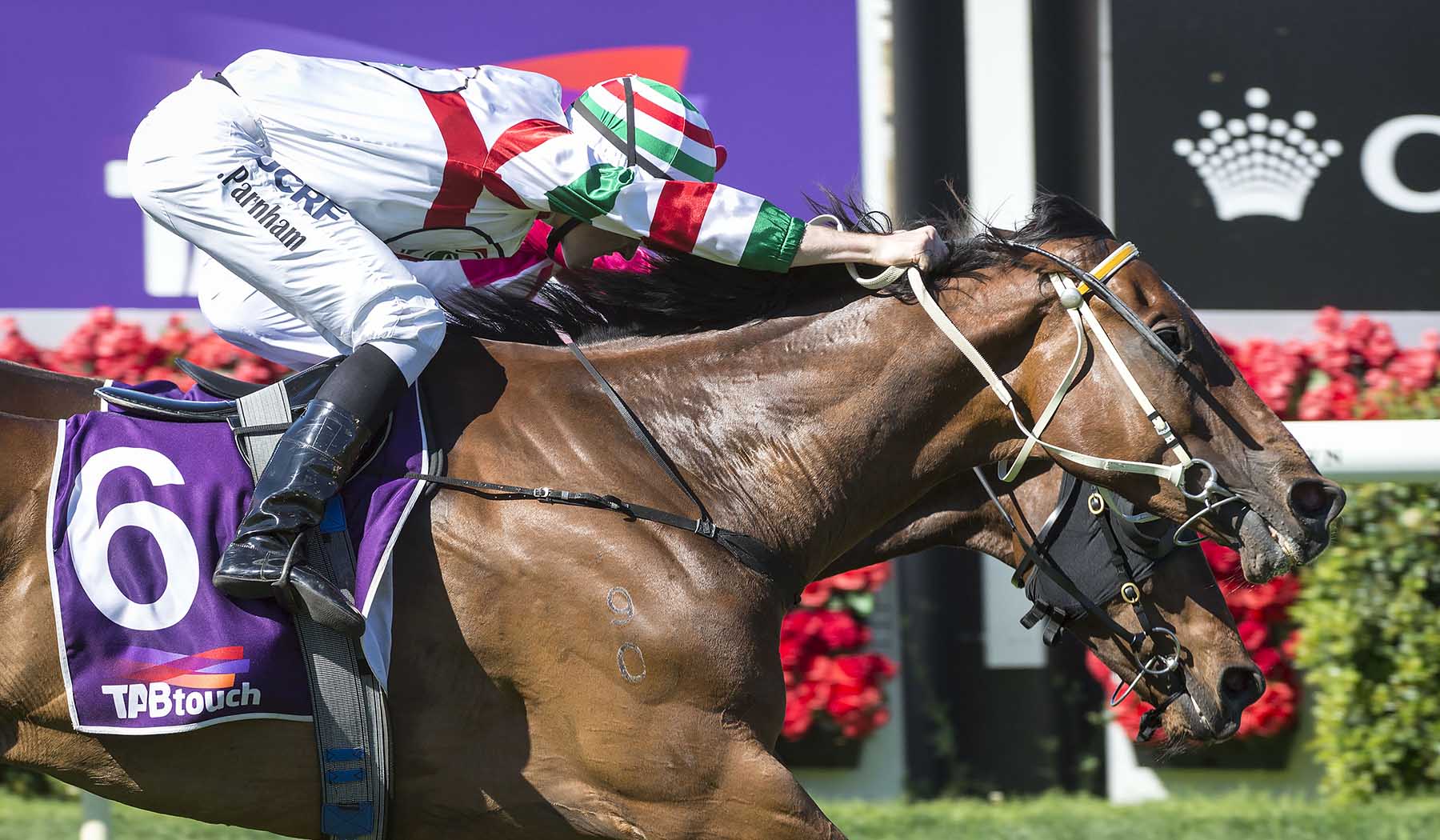 He sure took a while to respond! According to commentators, the Listed $100,000 TAB Touch Tattersall’s Cup (2100m) at Ascot on Saturday was Respondent’s first victory in 959 days or, for those of us with 10 fingers, 10 toes and prefer to use calendars, that translates to 12 April 2014 when the oft mercurial galloper captured the Group Two WATC Derby.

Respondent’s new trainer, Fred Kersley, doesn’t mind though and believes the Tattersall’s Cup win is something of a ‘square up’.

After all, when Respondent won the Derby for then trainer, Grant Williams, it was at the expense of Kersley’s runner and red hot favourite, Ihtsahymn.

“It’s great to have him ‘back’,” an elated Kersley points out, who was given the now 6YO gelding after he was sold to Perth Bloodstock Agent, Damien Wyer, for $57,500 at the Magic Millions Perth Winter Yearling and Thoroughbred Sales in June.

The Tattersall’s Cup was Respondent’s third run for Kersley who got a third out of the galloper – beaten less than half a length – in the Group Three Asian Beau Stakes in late October, before an inexplicable 10th of 11 in the Group Three RJ Peters Stakes a fortnight ago.

“That second run really threw me but I think with this horse it’s more mental than physical,” Kersley adds. “I’m just really pleased with the way he turned it around on Saturday.”

Although two and a half years between drinks in the winners’ bar is a fair while, it’s worth pointing out that Respondent has now won nearly $750,000 in stakes from his 38 outings and, since the Derby, has been stakes placed on seven occasions.

Bred by leading West Australian breeder/owner, Bob Peters, Respondent is a son of the 3-time Group One winner and former Coolmore Australia based sire, Haradasun, from the Metal Storm mare, Avenida Madero, winner of four stakes races in Perth and dam of five winners from as many to race.

Avenida Madero has an unraced 2YO full brother to Respondent in State Attorney, and produced an I Am Invincible colt in October.

Respondent’s buyer, Wyer, was naturally chuffed with the Tattersall’s Cup victory and recalled his ‘spree’ at the Perth auction: “I actually purchased the first two lots in the Thoroughbred section of June’s sale, which is part of Bob Peters’ annual dispersal, picking up Respondent for $57,500 and multiple winning Medaglia d’Oro mare, Paris Dream, for $44,000.

“I bought them on behalf of long-time client, Sam Trimboli, and we’ve had a bit of success together with horses like (Group winners) Famous Roman and Petrol Power,” Wyer reveals, who also selected Group One winner, Magnifisio, on behalf of Alan and Birgitt McAlister.

“It was great to see Respondent get up for Sam at his third run in the new colours and (trainer) Jim Taylor reckons Paris Dream can follow suit when she starts again soon.”