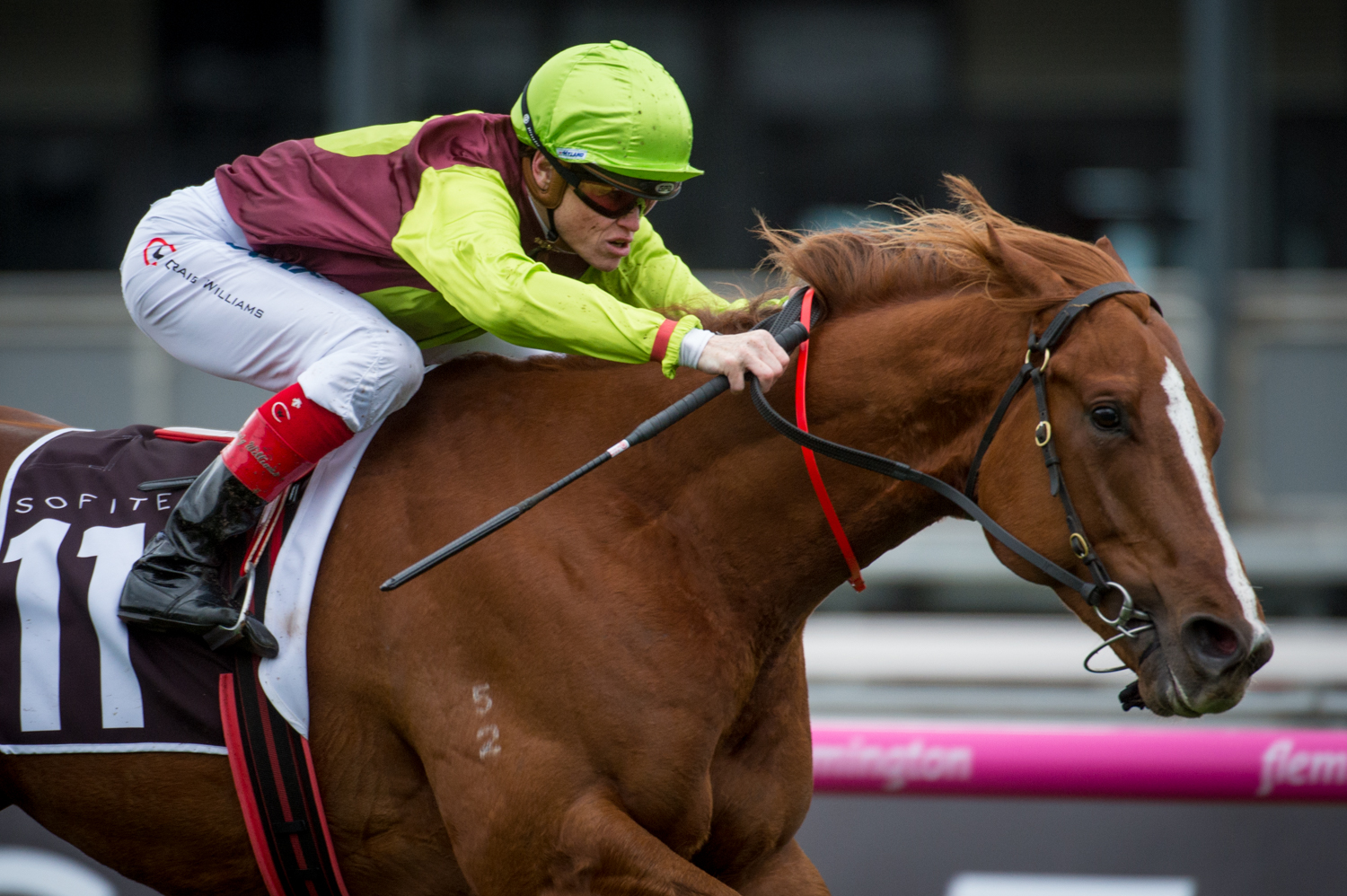 Ken King reckons – tongue in cheek – that he’s a decent chance of being the most popular bloke in town.

The town King refers to is Euroa, in the heart of Victoria’s thoroughbred country and close to where his breeding property and successful syndication business, Ken King Thoroughbreds, is located.

On Saturday at Flemington, the King bred and syndicated, Bon Aurum, captured his third stakes victory in the Listed The Sofitel amidst the cheers of his many … MANY owners.

A good proportion of those owners are tied up with the local footy club where King’s son plays and it was actually a share in Bon Aurum – donated by King as a fundraiser – that got the associated A Grade Netball team involved.

“I’d also donated a share in (VRC Crown Oaks winner) Set Square before she raced and quite a few of the boys in the footy team were in that as well.

“So, I guess you could say I wouldn’t have trouble finding someone to buy me a drink at the moment,” King says with a laugh.

Bon Aurum is a 4YO entire by the Belong To Me stallion, Bon Hoffa, which also raced in the increasingly familiar Ken King Thoroughbred maroon, lime spot livery and was King’s first Group One winner when taking out the 2007 Sir Rupert Clarke Stakes.

“I’ve syndicated around 150 horses since we first kicked off and been fortunate enough to have quite a bit of success,” King adds.

(As timing would have it, King pauses the phone conversation to watch another of his ‘stable’ – Desert Grey – win his first race at Sale).

“Our horses have won around 20 black type races and I estimate around 300 wins overall, but while statistics are one thing, the sheer joy of the people involved is really something else. The footy club involvement … the women from the netball. In Bon Aurum for instance, there are something like 15 owners listed, but there are syndicates within syndicates … a cast of thousands!”

Bon Aurum – the ‘Aurum’ part is Latin for gold – is one of two stakes winners for Bon Hoffa, who stands at John North’s Bowness Stud in NSW.

“That was a great result at Flemington,” North enthused. “He covered some big books of mares in the first few seasons (488 mares between 2010-12), but dropped off a bit for a couple of years. They’ve started coming back though with horses like Bon Aurum, Deiheros (Magic Millions Adelaide 2YO Classic and Magic Millions Guineas), Sweet Emily ($189,750) and Melbourne winner, Top Sight, flying the flag for him and he covered 117 mares last spring.”

Bon Hoffa stands alongside Bullet Train and Walking or Dancing at North’s 7000 acre property based at Young, where Bowness also prepares around 150 yearlings annually for Australian auctions.

And North had another reason to rejoice on Saturday with Stocks, a horse he bred and sold at Bowness, winning his first black type race – the Farnley Stakes at Belmont.

A son of the Darley stallion, Exceed And Excel, Stocks was sold at the 2013 Inglis Melbourne Premier Yearling Sale for $130,000 and joins a long list of stakes winners to come off the farm, including Group One Queen of the Turf winner, Ike’s Dream.