Kitchwin’s Stallion Out From The Shadow 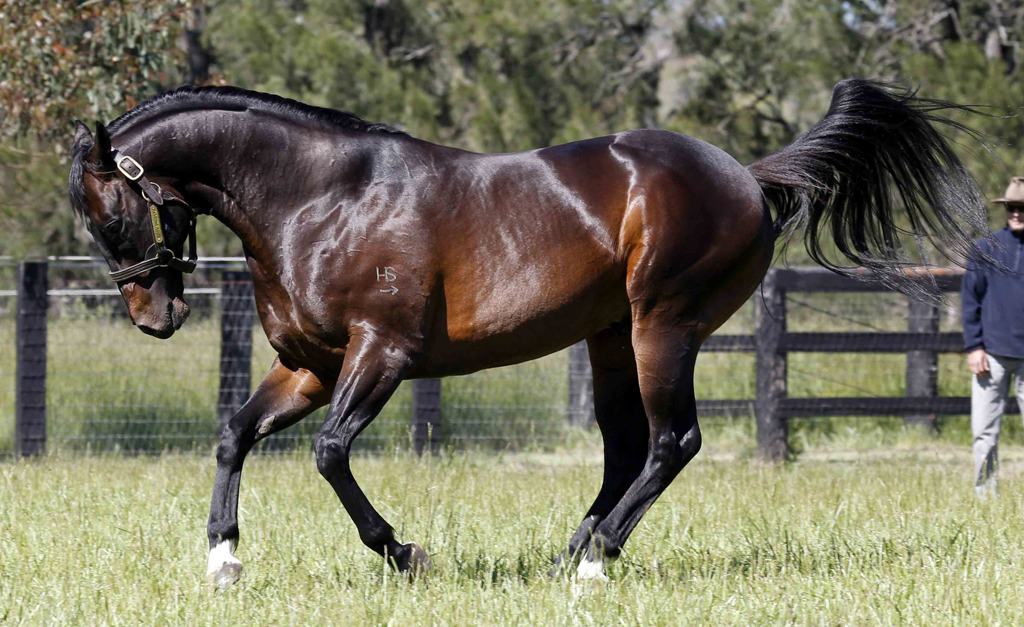 Exactly what constitutes a ‘value’ sire? It’s largely a matter of perception and there are any number of stallions in Australia that could lay claim to the tag, but surely Dane Shadow would fall into that category. Big time.

Standing at Kitchwin Hills in the Hunter Valley, Dane Shadow gave his backers plenty to cheer about on Saturday when, firstly, Tsarista took out the Group Two Queensland Guineas at Eagle Farm, before Danish Twist made it a black type double for the Danehill stallion when she captured the June Stakes at Royal Randwick.

As a consequence, both Tsarista and Danish Twist are now likely to target the Tattersall’s Club Tiara at Eagle Farm on 25 June, the final Group One of Australia’s racing season.

Yet despite the pair mixing it with the ‘upstairs’ mob, their sire stands at a basement fee of $6,600 for the 2016 breeding season which, according to Kitchwin’s Mick Malone, definitely puts Dane Shadow in the value basket.

“He (Dane Shadow) has something like 65% lifetime winners to runners from his seven crops of racing age, which compares him favourably with such high flying stallions as Choisir, Exceed And Excel, Fastnet Rock, Not a Single Doubt, Snitzel and co.,” Malone points out.

“If anything, Dane Shadow is probably a victim of his own early success. Tsaritsa was his ninth individual stakes winner (Danish Twist won a Group race in May), but he had produced four Group One winners in his first two crops with Hurtle Myrtle and Red Tracer both winning the Myer Classic, Shadows in the Sun the South Australian Derby and Shellscrape a Galaxy.

“Unfortunately, despite a constant flow of winners, he couldn’t maintain that kind of strike rate at Group One level – there’s not many stallions out there that can – and he’s not covering the big books any more.

“Still, he’s got plenty of runners to come and the trainers love the horse. If owners send a mare with a bit of pedigree about them they’ll still make sales because he produces such great types.

“It was interesting to see what Chris Waller had to say about Tsaritsa, suggesting she would follow a similar path to that of Winx and that she (Tsaritsa) is, quote, ‘quite an exciting filly’.

“While much of the talk is around Dane Shadow’s fillies, they are pretty evenly split: five stakes winning females and four black type males.

“We should be in for an interesting spring … Tsaritsa and Danish Twist would be two of the favoured runners in the Tiara and Dane Shadow has now produced five winners in the past week with only Savabeel and Snitzel siring more winners than that.

“In many ways, that’s the most important thing. Stakes winners obviously have their names up in lights but there are only a finite number of black type races each season and trainers are mainly on the lookout for stallions that produce consistently good types.”

Edinglassie Farm’s Mick Talty was also singing the praises of Dane Shadow, especially as the home-bred, Tsaritsa, adds another name to the honour board.

“Tsaritsa is out of Xaar’s Jewel who has been a terrific mare, also producing Group Two winner, Ninth Legion (by Fastnet Rock). Tsaritsa is Xaar’s Jewel’s third foal and she has a lovely Foxwedge 2YO (sold for $350,000 at last year’s Gold Coast Magic Millions) and a More Than Ready filly that will go to a yearling sale next year.

“She missed to Deep Field last spring, but she clearly clicks well with the Danehill line stallions so we’ll be keeping that in mind as to where she ends up going in 2016.”

It’s been a big couple of years for Edinglassie. Breeding around “50 to 55 foals a year, with 30 heading to the sales and the rest raced by clients”, Edinglassie sold Deep Field (2012 Easter) and his full brother Shooting To Win (2013 Magic Millions) and – to much fanfare last week – their dam Listen Here was sold by Edinglassie for a record $3.4 million at the Magic Millions National Broodmare Sale.

“We were sorry to see her go obviously, but what a great mare!”