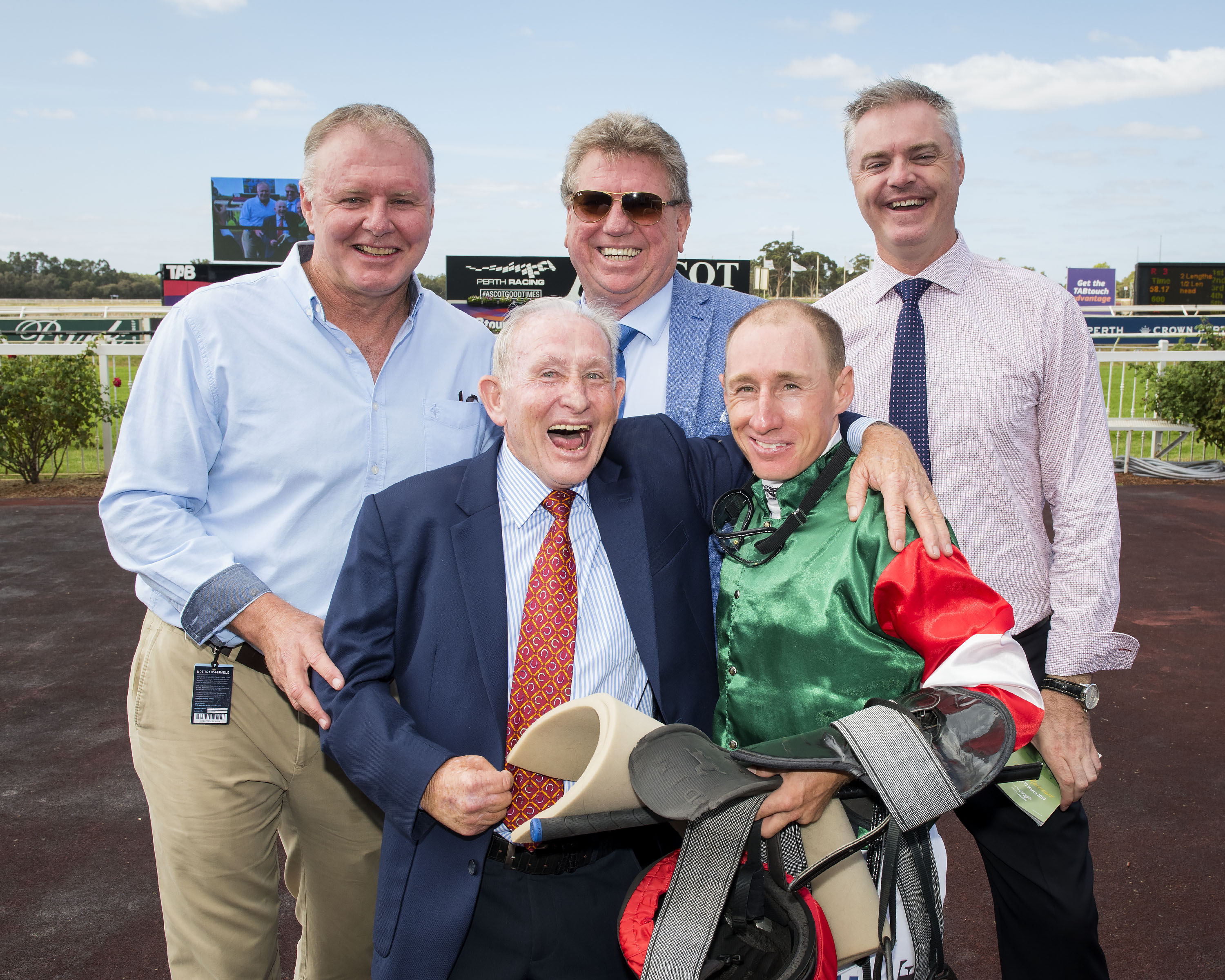 If a trainer’s life is all about early mornings and long lunches, Simon Miller clearly didn’t get the memo.

The Perth trainer doesn’t have a problem with the alarm clock given that he’s been involved in the horse industry for close on 20 years now, but even after capturing the Listed Corpex Consultancy Supremacy Stakes over 1000m at Ascot on Saturday with exciting debutante, Lady Cosmology, there was no resting on laurels.

In fact, when contacted at lunchtime on Sunday, Miller was busy hanging out the washing.

“Hey, you’ve got to be a team player and all these race silks aren’t going to clean themselves,” Miller says with a laugh.

Miller gave away a promising career in the bank to join the stables of Victorian Robbie Griffiths in the early 2000s, spending eight years at Cranbourne before shifting to Randwick for two years as John O’Shea’s stable foreman.

Returning briefly to Melbourne, Miller decided to make the big shift to Perth in 2010 where he has steadily carved a niche for himself in the last eight years.

“I learnt from some of the best and always made sure I watched everything closely,” Miller reveals. “You can never take anything for granted in this game. It pays off if you’re prepared to put in the work.”

Whispering Brook, who won her first five outings and was third behind Global Glamour in the Group One Thousand Guineas at Caulfield, was sourced by Miller from the 2014 Magic Millions National Weanling Sale, paying $45,000 for the Hinchinbrook filly.

“She (Whispering Brook) is owned by Alan Maclister and he’s planning on selling her at a broodmare sale this year and was keen to get a stakes win with her on the east coast … which Darren managed to do on Friday,” Miller explains. “It was the smart move by Alan and while you’re never keen to see horses of that quality leave the stable, you’ve also got to do the best by your loyal clients.”

Whispering Brook was the first of three Supremacy Stakes winners in succession for Miller and he’s won five of the last eight.

Lady Cosmology is now likely to follow a similar path to Whispering Brook and tackle the Group Three Gimcrack Stakes, Karrakatta Plate and Group Two WA Sires’ Produce Stakes during the next month.

“It was a terrific win from Lady Cosmology on Saturday,” Miller adds. “She was bred at Peter Walsh’s Amelia Park and I was walking around the paddock with her co-breeder and former Richmond premiership player, Rob Wiley, when I spotted her running around.

“I said to Rob, ‘have a look at that filly, she’s outstanding’ and he told me it was one that he had bred and he was happy for me to train her. Another one of the owners in the horse is dual West Coast premiership player, Michael Brennan and when Peter Walsh found out I was keen to train the horse, he put Rod ‘Rocket’ Kemp into the filly as well.

“Rocket was a Champion jockey in WA in the 80s but had to retire after a bad fall at just 33.

“Before the race on Saturday, Willie Pike – who was steering Lady Cosmology and is absolutely braining them over here with the number of major winners he’s been riding – came over for riding instructions and I told him to speak to Rocket if he needed advice.

“After the race, I asked Rocket if we should ‘sling’ Willie and he said, ‘no, no … no way!’. Anyway, Willie overheard and said if it had of been the other way around, ‘Rocket would have already shoved the invoice in my pocket!’”

Given the authority of Lady Cosmology’s performance, there may well be a few more ‘slings’ to discuss in coming weeks.

“He (Universal Ruler) hasn’t had the greatest of opportunities, but Lady Cosmology is among his current crop of 2YOs and it was his biggest book to date after he covered 130 mares that year,” Smith explains. “Fingers crossed he goes to the next level from here, but that was his third stakes winner on Saturday which also include Rebel King (10 wins) and Military Reign (8 wins).

“Actually, it was a pretty good day for us … we stood Blackfriars, who died last year, and Like A Butterfly became his 37th stakes winner when she won the (Listed Schweppes) Ascot 1000 Guineas, while another of Blackfriars’ daughters in Friar Fox ran second.

“It’s sad to have lost the old boy (Blackfriars) but with Universal Ruler hopefully on the up, Snippetson having such a great strike rate and Dash For Cash still getting plenty of winners, it’s shaping to be a good year.”