Le Romain Reigns In The Rain 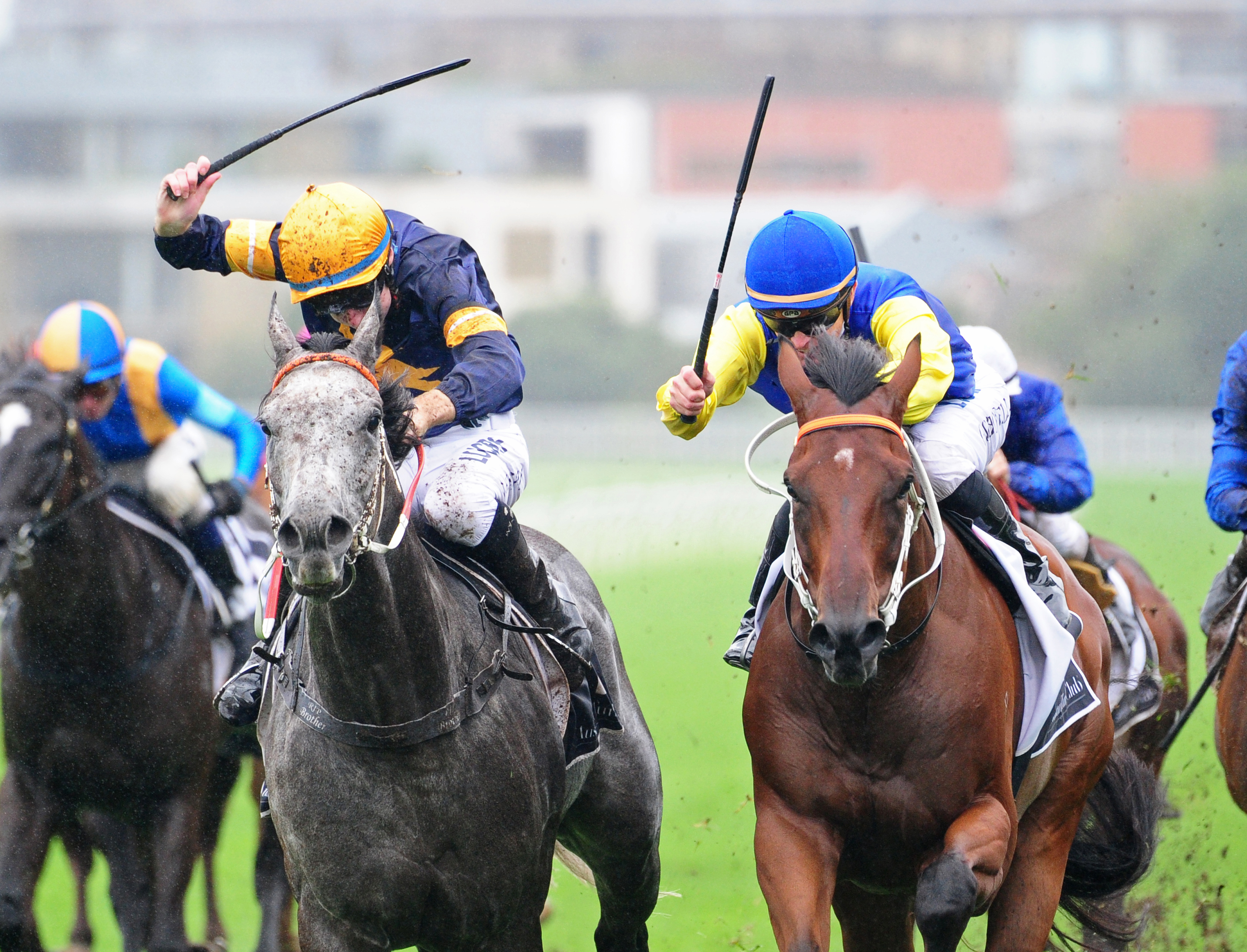 Le Romain edges out Chautauqua in the final stride to win the Group One Canterbury Stakes (Lisa Grimm).

Heavy rain usually brings mud to the surface, not cream, but Royal Randwick provided some wonderful theatre on Saturday.

With each of the nine races classified as black type – including two at Group One level – less than a neck separated the first and second horses in seven of those events.

And patrons were closer to the action than usual when it became obvious from the opening race that the outside fence was the best way to travel.

But in a day of highlights, if there was one that reigned supreme, it had to be the battle between Le Romain and Chautauqua for supremacy in the Group One Canterbury BMW Stakes (1300m).

What. A. Finish. Many had dismissed Chautauqua as a genuine contender this autumn after his previous start in Melbourne when third in the Rubiton (although it’s fairly safe to say that Team Hawkes wasn’t among the doubters).

But his performance at Randwick was sublime … not ‘old’ Chautauqua but the Chautauqua of old.

He did find one better on the day though in Le Romain who eventually edged out Chautauqua in an epic. And it’s not only by design that each of the protagonists silks feature a lightning bolt.

While Le Romain might not have the same pulling power as Chautauqua, he is unquestionably one of the nation’s finest gallopers and the Canterbury Stakes was his third Group One victory in a year, starting with the Randwick Guineas, 12 months ago to the day, and the Cantala Stakes at Flemington on Derby Day.

The Kris Lees trained flyer has now won six of his 15 starts, with a further seven placings and $1,887,075 in prizemoney.

A good proportion of that stake might have gone toward heart medication for owners as the horse rarely wins by much (the greatest margin being a length) nor beaten by much, but connections are hardly complaining.

Le Romain is one of the industry’s great rags to riches tales. Bred by brothers Mark and Anthony Carusi, sales companies weren’t exactly knocking down their door when the then colt was a yearling.

The Carusis had purchased Le Romain’s dam, the Strategic mare, Mignard, at the 2009 Inglis Spring Thoroughbred Sale for $18,000 but her first two foals, albeit named, had not yet raced by the time the brothers were weighing up sale options.

Given that those options were few, they decided to race the horse themselves and place the horse with leading Newcastle trainer, Kris Lees.

How times change. Mark Carusi reveals that they had knocked back an offer of $2.5 million from Hong Kong interests for the 4YO gelding just prior to the Cantala Stakes, but his decision to continue racing the horse isn’t keeping him awake at nights.

“It was huge money,” Carusi explains. “People questioned what we were doing but it’s all worth it. Sometimes it doesn’t work out that way after turning down a big offer, but it did this time.”

Kris Lees is pretty happy too the owners didn’t sell Le Romain and has nothing but praise for his star performer: “He’s becoming something of a giant killer isn’t he. He’s just a really good horse that’s a pleasure to train … uncomplicated and gives you everything he’s got. It was an exciting finish and to beat a champion like Chautauqua on the line is very satisfying.”

Lees may well have a lot more satisfaction to come given that he also trains the unraced 2YO half sister (by Domesday) to Le Romain and, as of the 2017 Gold Coast Magic Millions Yearling Sale, a Kuroshio half sister.

Murrulla Stud’s Tim Nolan, who presented the Kuroshio filly on behalf of the Carusis at the Gold Coast, said that the yearling was a very nice type but had failed to reach its reserve and was subsequently purchased by Lees on behalf of clients.

If either Isabeau or the Kuroshio filly turn out half as good as their big brother, that will be another story to tell the kids on a rainy day.