Linlithgow’s Dash Was A Win For Patience 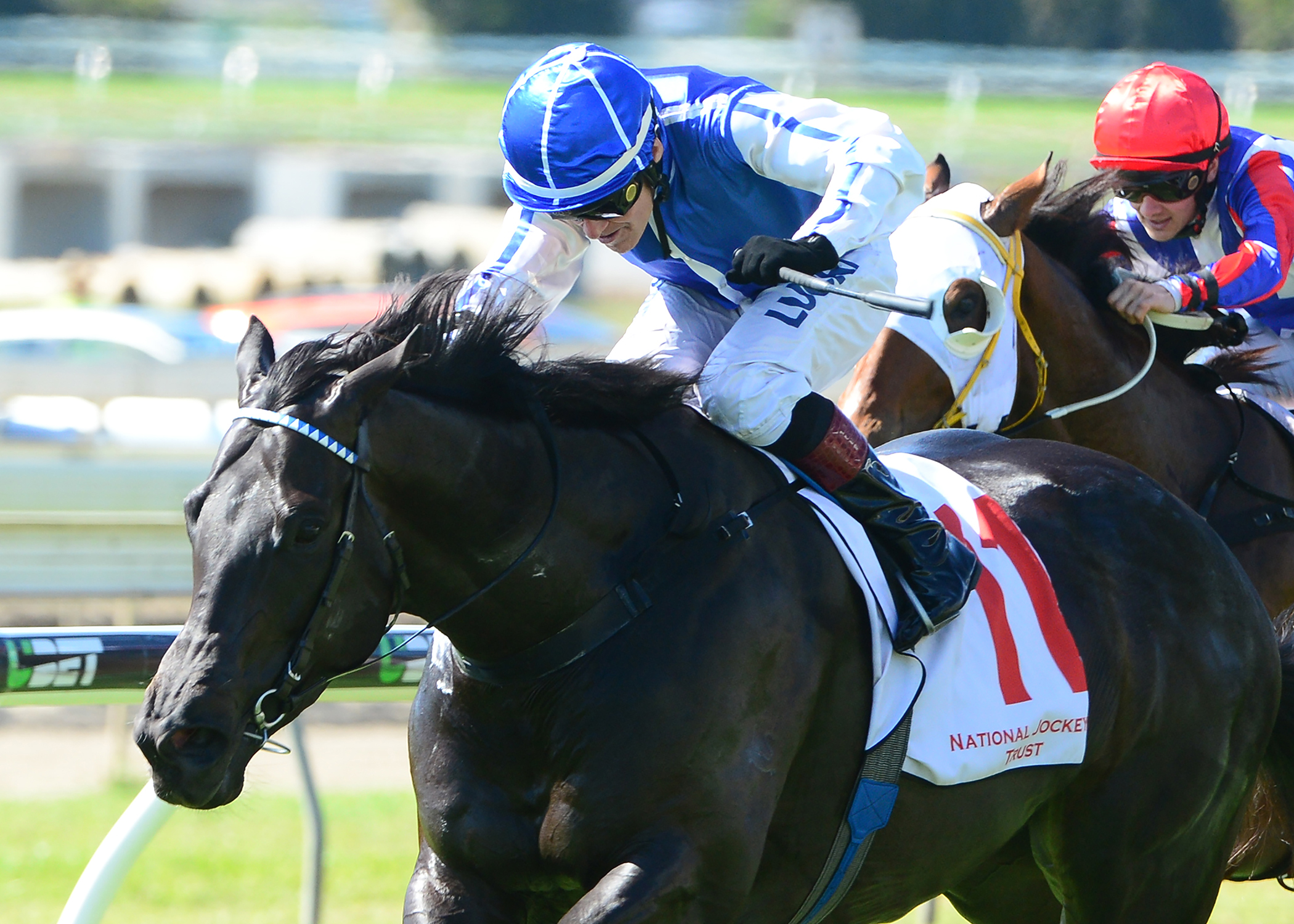 Horse ownership can teach you a lot of things, but primary among them would have to be the art of patience.

Take Linlithgow for instance. The Toby Edmonds trained sprinter was an impressive winner of the Diversity Dash at Doomben on Saturday, leading throughout in the 1110m scamper and setting a new class record of 64.18 seconds.

But oh, hasn’t she been a champion for persistence. The Dash was only the now 5YO mare’s fourth start, having made her debut as a 3YO at the Sunshine Coast in November 2016.

Fortunately, she’s been worth the wait as three of those four starts have all been victories, while the other was a second at the Gold Coast in May last year.

In between, Linlithgow bled following a trial and per the rules of racing, was automatically outed for three months. And Saturday’s win wasn’t without incident either, with the mare unceremoniously dumping jockey, Jeff Lloyd, before the race and having to pass an inspection before being allowed to race.

“She’s certainly had some issues and I’m not sure how long we’ll have her around,” Edmonds concedes. “Apart from the bleeding, Linlithgow has awful front legs and the back leg isn’t flash either after she got it caught in the fence as a young horse.”

Acknowledging both the win and the horse’s ‘fragility’, Edmonds adds: “I always felt she was up to city class and have to chase the bigger prizemoney with her while you can”.

Linlithgow is next due to start in Brisbane in a couple of weeks, much to the delight of owner, Doug McDonald, who also bred the mare and her dam, Castles of Ann.

“Everyone is happy after a win and that was quite encouraging on Saturday,” McDonald points out. “It’s been one thing after another with her. Linlithgow is raced by a family syndicate and I’ve been involved in the industry for about 30 years. We race a couple, but Castles of Ann is my only mare.

“She (Castles of Ann) is about to be pensioned off, but we’ve also got a Better Than Ready 2YO filly out of her that we’ll eventually race too.”

Linlithgow is one of two winners for Castles of Ann, a multiple winner by Sequalo who is, in turn, a daughter of the multiple Group placed, Lynn’s Love, who was also part-owned by McDonald.

The victory was also the first leg of a winning double at Doomben, for Linlithgow’s sire, Drumbeats, who stands at Queensland’s Lyndhurst Farm.

Prepared to embark on his eighth season at stud, the Group Two winning Drumbeats has produced 68 winners overall with his best, thus far, being Tarzan – winner of the Listed Lightning Handicap at the Sunshine Coast in June and winner of Saturday’s Tim Bell Memorial, just two races on from Linlithgow.

“It was a terrific day for Drumbeats and a great start to the season,” Lyndhurst’s Jeff Kruger enthused. “Aside from Linlithgow and Tarzan, Steve Tregea’s Bergerac won at Randwick, his seventh race win from only 16 starts.

“He’s also got Ringo’s a Rockstar running around at the moment and he’s won his last two and finished only a long neck third in last year’s (Listed) Mick Dittman Plate and wasn’t that far back in the Group Two Moreton Cup behind The Monstar a couple of months back.

“Drumbeats is only standing at $3,300 inc. GST this season and we reckon he’s terrific value and stands alongside Better Than Ready, Rothesay, Hidden Dragon and Champions Gallery.”

HOOF NOTE: Linlithgow is a town in Scotland, most famous for the remains of Linlithgow Palace, birthplace of Mary, Queen of Scots. The Linlithgow Stakes, originally run in 1868 (and won by Phar Lap in 1930), is a Group Two event staged on Victoria Derby day and was won last year – re-badged as the TAB Multiplier Stakes – by Udyta Clarke’s Rich Charm.