O’Sullivans Over The Moon With Sires’ Win 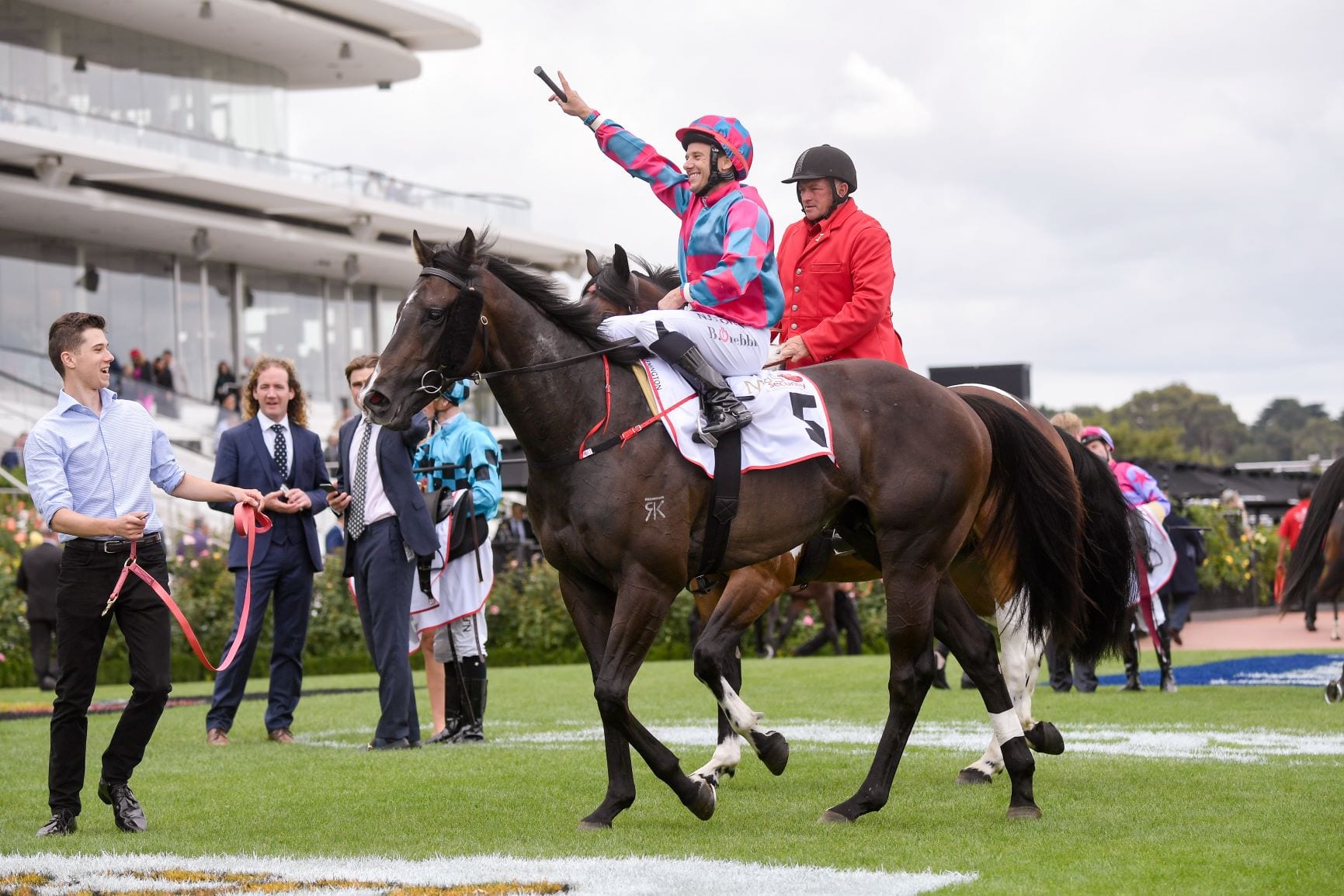 For Terry O’Sullivan, at least, it was if time had stopped at Flemington on Saturday.

It was 17 years to the day that O’Sullivan had trained his first Group One winner, Winestock, in the VRC Sires’ Produce Stakes and now here was Lunar Fox winning the 2020 chapter, albeit at Group Two level.

The drop in status was of little significance to O’Sullivan, nor for leading international jockey, Brett Prebble, who was quite emotional after Saturday’s victory aboard Lunar Fox.

Indeed, Prebble was merely a bright-eyed apprentice when he steered home Winestock, but has gone on to win a Golden Slipper and a Melbourne Cup, plus Group One winners in Hong Kong, Singapore and Japan.

“Terry was my old boss and made me into the person I am today,” an elated Brett Prebble explained. “This win is very special.”

Very special too for the owners of Lunar Fox – a mix of ‘old and new’ – who would undoubtedly have been eager to snap up the odds of $26 offered about the colt.

“It was a terrific result for the owners,” O’Sullivan points out. “There’s a lot of ‘em but while some have been with the stable for ages, it’s only the second horse for a couple of others.

“Just as long as they remember it doesn’t happen every week!”

Based at Stawell with 24 in work, O’Sullivan has co-trained with daughter, Karina – “one of the first training partnerships granted” – for the past 12 years and their stakes winners include Hollowlea, Dolphin Jo and Magnapal.

“Full marks to Karina and part-owner, Jim Burke, for picking out Lunar Fox at the sales,” O’Sullivan reveals. “Karina does all the work when it comes to selecting pedigrees and she reckons he ticked all the boxes.

“I thought he had a ton of ability from quite early on in the piece and was a little surprised he was virtually unwanted by the punters on Saturday, particularly given his strong win at Ballarat heading into the race.

“We’ll see how he pulls up but he’s earned a trip to Sydney in my opinion and will probably go around in the (Group One $1 million) Inglis Sires’ over 1400m at Royal Randwick on 4 April.”

“He fits so well into the roster and is excellent value at last year’s fee of $16,500,” Woodside Park’s General Manager Commercial, James Price, points out. “The Foxwedges sold up to $220,000 at the Gold Coast in January and $160,000 in Sydney last month, and he has seven going through the ring in Adelaide this week.

“The timing couldn’t have been better … since the announcement Foxwedge would stand at Woodside, he’s produced the winners of nearly 300 races and eight stakes winners, including Volpe Veloce, Alassio, Run Fox Run and now two new ones in Lunar Fox and Villami.”

Trainer, breeder and yearling prepper, Rebecca Kelly also took some time off from her chores to cheer home Lunar Fox in the Sires’.

Based at Cobains, near Sale in Victoria’s Gippsland region, Kelly currently has four in work but is getting seven youngsters ready for the 2020 Inglis Melbourne Gold Yearling Sale on 19-20 April, including a half sister to Lunar Fox from the first crop of Godolphin’s Group One winning Commands sprinter, Holler.

Wisely, Kelly and husband, Travis, had snapped up Lunar Fox’s dam, Grant’s Moon – in foal to Foxwedge – for just $20,000 at the 2017 Inglis Great Southern Sale.

“We’ve been operating for about five years and steadily trying to build up our broodmare band,” Kelly explains. “She looked pretty good value at the price.

“Lunar Fox was a lovely foal and we took him to the Great Southern Weanling Sale, but passed him in when she didn’t make his reserve.

“We were pretty confident he’d sell as a yearling but he didn’t attract a bid and so we thought we’d race him ourselves. Then Mark Dodemaide from Inglis called and said we could get him in the VOBIS Gold sale and that’s where he was knocked down to Terry and Karina for $40,000.”

With two wins and a second from five starts, Lunar Fox has now won $185,900 in prizemoney.