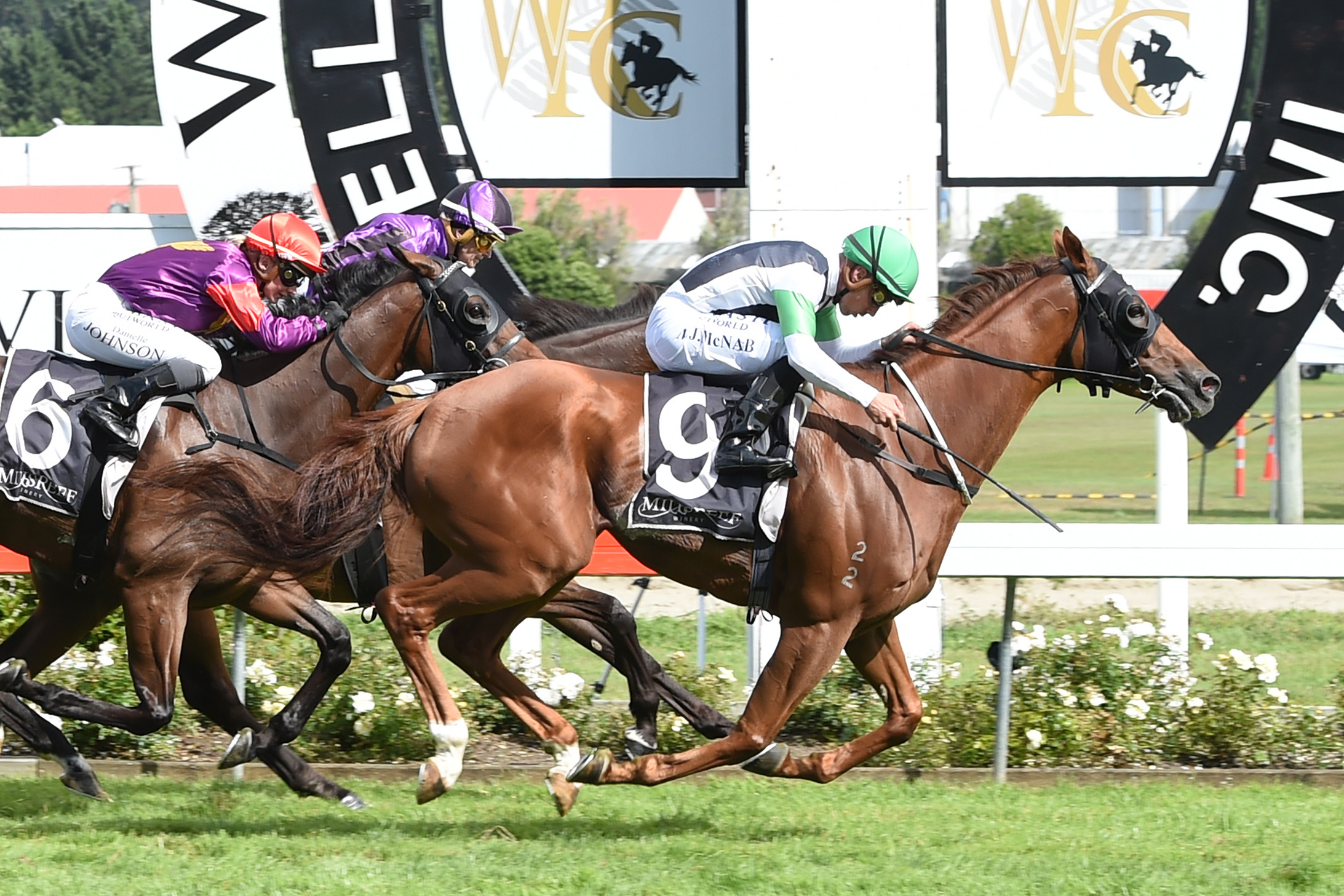 Milburn Creek Stud Manager, Scott Holcombe, is a busy boy with nine youngsters in boxes prepping for next month’s Inglis Sydney Classic Yearling Sale and a further 22 lining up for Easter, but he took time out to watch at least two races on Saturday.

The first was the Group Three Castletown Wellington Cup over 3200m at Trentham, while the second was back across the pond for the BRC Memberships Handicap over 2200m at Doomben.

He wasn’t disappointed. Holcombe’s home-bred, Magic Chai, became the second Australian-bred Group winner on the star studded Trentham program by capturing the Wellington Cup – Enzo’s Lad had earlier taken out the Group One Telegraph Handicap – while a couple of hours later, Magic Chai’s half sister, Expertea, duly saluted at Doomben.

“Yes, it was a pretty good result … you don’t often breed a Group winner and a city winner out of the same mare on the same day,” Holcombe points out.

Holcombe purchased the Viscount mare, Chai – dam of both Magic Chai and Expertea, plus two other winners in Purreal and Rooibos Deluxe – for $32,000 at the 2010 Magic Millions National Broodmare Sale, but his actual association with the family dates back much further.

“I worked at Woodlands Stud for 11 years and was there when Chai herself foaled down and, for that matter, her sire, Viscount. Same goes for Chai’s full sister (Group One Queen of the Turf Stakes winner) Neroli,” Holcombe reveals.

“When Darley was selling Chai on the Gold Coast, I couldn’t resist.”

Sending Chai to Magic Albert, the mare produced a “beautiful foal, cracking colt” that Holcombe put through the 2014 Inglis Melbourne Premier Yearling Sale where he was subsequently knocked down to Mark and Shelley Treweek’s Lyndhurst Farm for $90,000.

Renowned pin-hookers, the New Zealand based Lyndhurst assigned the soon-to-be-named, Magic Chai, to the 2014 Inglis Sydney Ready To Race Sale but the colt was eventually passed in.

“We bought him home to New Zealand to give him a chance to come into his own,” Mark Treweek explains. “Milburn Creek does such a great job with its yearlings and its always hard to buy one because everyone else is on them, but Magic Chai just needed time.

“As he matured he got stronger and we put him and another horse with Lance O’Sullivan where Magic Chai won a trial. Hong Kong purchased the other horse, but not Magic Chai, so I trained him for a few of his early starts. Things started getting busy with our sales prep though and he was sent on to Tony Pike who has done a great job with him.”

Only lightly raced, Magic Chai’s Wellington Cup was his fifth victory overall from just 18 starts and the 5YO is now likely to target the NZ$500,000 Group One Auckland Cup over 3200m at Ellerslie on 10 March.

“We’ll see how he pulls up over the next couple of days, but all things being equal, that’s where he is headed,” Treweek adds. “It was terrific to win the Wellington Cup … we have a lot of family in Wellington while my wife Shelley’s grandfather rode a couple of Wellington Cup winners before training the winner, Old Bill, back in 1940.

“We bred Zabeat that won the Wellington Cup in 2005 but it’s terrific to actually race the winner.

“Not that we thought we’d be doing that with Magic Chai … he’s by Magic Albert after all, out of a Viscount mare that won over 1300m and 1600m. We thought we might end up with a nice miler, but not a two miler!”

(Winner of four races over 1100m as a 2YO, Magic Albert won the Group Two Peter Pan Stakes over 1500m at three. Now standing at Kooringal Stud in NSW, Magic Albert has produced over 550 winners, 23 of them stakes winners and four at Group One level including Albert The Fat. Only one of the 23 has won up to 2100m)

Sending Chai to Al Maher the year after she produced Magic Chai, Holcombe ended up with a filly that was passed in by Milburn Creek at the 2015 Gold Coast Magic Millions Yearling Sale, but was subsequently sold to Hancox Bloodstock for $23,000 via the Rheinwood Pastoral draft at the Magic Millions National Yearling Sale, some six months later.

“(Milburn Creek owner) John Muir and (Rheinwood Pastoral owner) Ray Willis are great mates and Ray agreed to put her through his draft at the Nationals,” Holcombe adds.

Trained by former Champion jockey, Chris Munce, the filly was named Expertea and the Doomben win was her third from 11 starts, along with four placings, and connections believe she has a promising future.

“Chai is the only mare that I own outright, while I have three more in partnership with John (Muir),” Holcombe explains. “Chai has a Sizzling filly at foot and is in foal to Holler. Sizzling was bred by Milburn Creek while, again, I had a lot to do with Commands – the sire of Holler – while I was at Woodlands.”