Making A Profit Will Get You Hooked 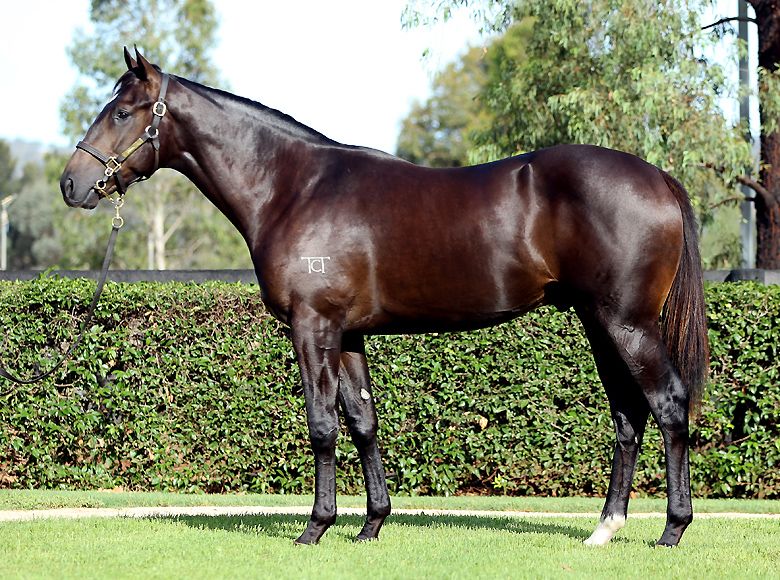 Pinhooking is rapidly growing in popularity and, by definition, so is the focus on Australian weanling sales.

Prospective pinhookers will have plenty to choose from next month with Inglis selling over 200 ‘Platinum’ (X-rayed), ‘Select’ and ‘General’ weanlings on 1 May as part of its Australian Broodmare & Weanling Sale at Newmarket, while Magic Millions has set aside two days (29-30 May) for the Weanling section of its National Sales series on the Gold Coast.

Not surprisingly, both auction houses are keen to highlight the advantages of pinhooking and have the statistics to back up their assertions.

“Grange Thoroughbreds’ Gary Mudgway purchased a Choisir colt for $35,000 in the first week of May last year and then placed it in the Melbourne Premier this February where it sold to James Harron for $280,000,” D’Arcy points out. “Similar story for Davali Thoroughbreds who snapped up a Nicconi colt for $15,000 at last year’s weanling sale and then sold it to Paul Perry for $90,000 at the Inglis Classic … a 500% profit in eight months.”

Yarraman Park, on the other hand, had to up the ante somewhat to secure the Medaglia d’Oro weanling from Kiss The Sun, paying $230,000 for the privilege. However, according to Harry Mitchell, it was something of a no-brainer.

“He was the nicest weanling in the sale. X-rays were good. You didn’t need to be a rocket scientist to pick him out,” Mitchell added. “A lot of things lined up though – he came along really well and developed into a cracking yearling. And, having the half sister, Kimberley Star win a couple in town, along with two Group placings, didn’t hurt either.”

It turns out that Sheikh Mohammed bin Khalifa Al Maktoum was suitably impressed and paid $875,000 for the colt (pictured) which had spent less than a year on Yarraman’s books.

Meanwhile, Magic Millions has a few success stories of its own: Pierro was sold as a weanling for $115,000 before Gai Waterhouse snapped him up as a yearling for $230,000. A 2YO Triple Crown and two other Group Ones later, he’s worth a reported $30 million.

Zoustar was pretty much in the same boat, an $85,000 weanling come $140,000 yearling before earning $1.4 million on the track from his Golden Rose and Coolmore Stud victories and finally a reported stratospheric sale price to secure stud duties.

Good luck stories aside, the most telling figure comes from Magic Millions’ Marketing Manager, Val Hayward: “I have done some figures on weanlings that were sold at the 2015 National Weanling Sale before being re-offered at the 2016 Gold Coast Magic Millions in January … an 89% profit!”

Inglis and Magic Millions are not going to have to twist the arms of too many serious buyers  in an effort to entice them to their respective sales, especially given the wealth of talent in the accompanying broodmare sections for Sydney and the Gold Coast.

On offer over the three days is Extremely (carrying a full sibling to 2016 Blue Diamond winner, Extreme Choice) and Group One winners Barinka and Faint Perfume, along with close relations to First Seal, Denman, Captain Sonador, Serenade, Sacred Kingdom, Pane In The Glass, Your Song and Speak Fondly.

Magic Millions, on the other hand, will sell broodmares over four days (yearling and racehorse sections to follow) with the catalogue due to go online this week. Highlights include Bounding, Fontiton, Perignon, Bring Me The Maid and Peggy Jean.

Hoofnote: The term ‘pinhooking’ is evidently an old Kentucky tobacco term which was used to describe a speculator who would buy a farmer’s young plants for a low price before later identifying them with a pinned note at market, where they would hope to sell high and make a substantial profit.