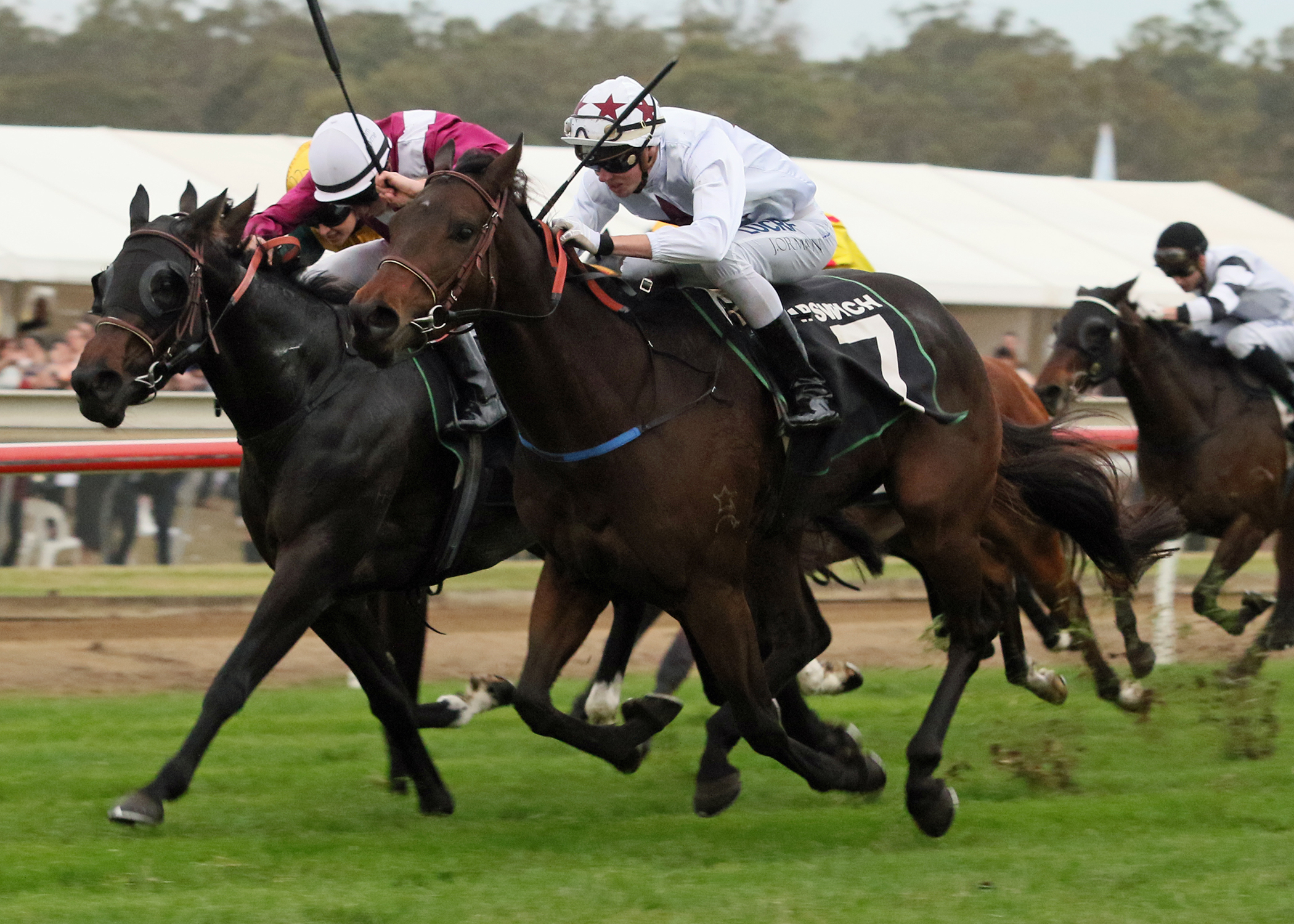 “I found my thrill, on Blueberry Hill”

The connections of Blueberry Hill certainly got their thrill on Saturday when the Liam Birchley-trained sprinter flashed home to win the Listed Gai Waterhouse Classic at Ipswich and the 3YO filly is now poised for a tilt at this Saturday’s Group One Tattersall’s Tiara.

It’s been a fair while between drinks for Blueberry Hill who showed she was an above average filly at two, capturing the Group Two Champagne Classic and also running black type placings in the Ken Russell and BRC Sires’ Produce.

Following a midfield finish in the JJ Atkins in her final race at two, Blueberry Hill was off the scene for nine months prior to resuming in April.

A series of outs has had the trainer scratching his head, although all is forgiven after Saturday: “she was badly hampered in one of the runs, raced far too keenly in another with blinkers on, and had some soft tissue injuries to contend with too, but based on her run in the Waterhouse, we’ll line her up in the Tiara this Saturday,” Birchley advised.

“She came through the run in fine order and we’ll just see how she goes.”

Breeder and owner, Peter Marshall, will understandably be keen to see if Blueberry Hill is up for a Tiara and hence, an initial Group One for his modest operation.

“I wasn’t sure how she would perform in the Gai Waterhouse, especially after her last few runs, but now it’s all systems go for the Tiara,” Marshall explained.

“I’ve only been breeding horses for some four or five years and I send out around seven mares each season.

“I purchased the mare, Perkipsey, at a sale in Sydney (for $21,000 from the Coolmore draft at the Inglis Easter Broodmare) and sent her to Snitzel.

“She produced Headwater Country who won six races for us – no black type though – and the following year I sent her to Myboycharlie and she’s come up with Blueberry Hill.

“If I like the bloodlines and think it will suit the mare, that’s where I send them.”

Marshall was also asked about the naming of his filly, after much googling by the author, it turns out Perkipsey is the phonetic translation for Poughkeepsie in New York, where the famous Blueberry Hill is situated.

That was news to Marshall: “Really? I was playing golf with my partner at the Vintage golf club in the Hunter Valley and it’s right opposite the Blueberry Hill Vineyard.

“It just stuck in my mind when it came to naming the filly because, after all, I get my thrills from racing horses!”