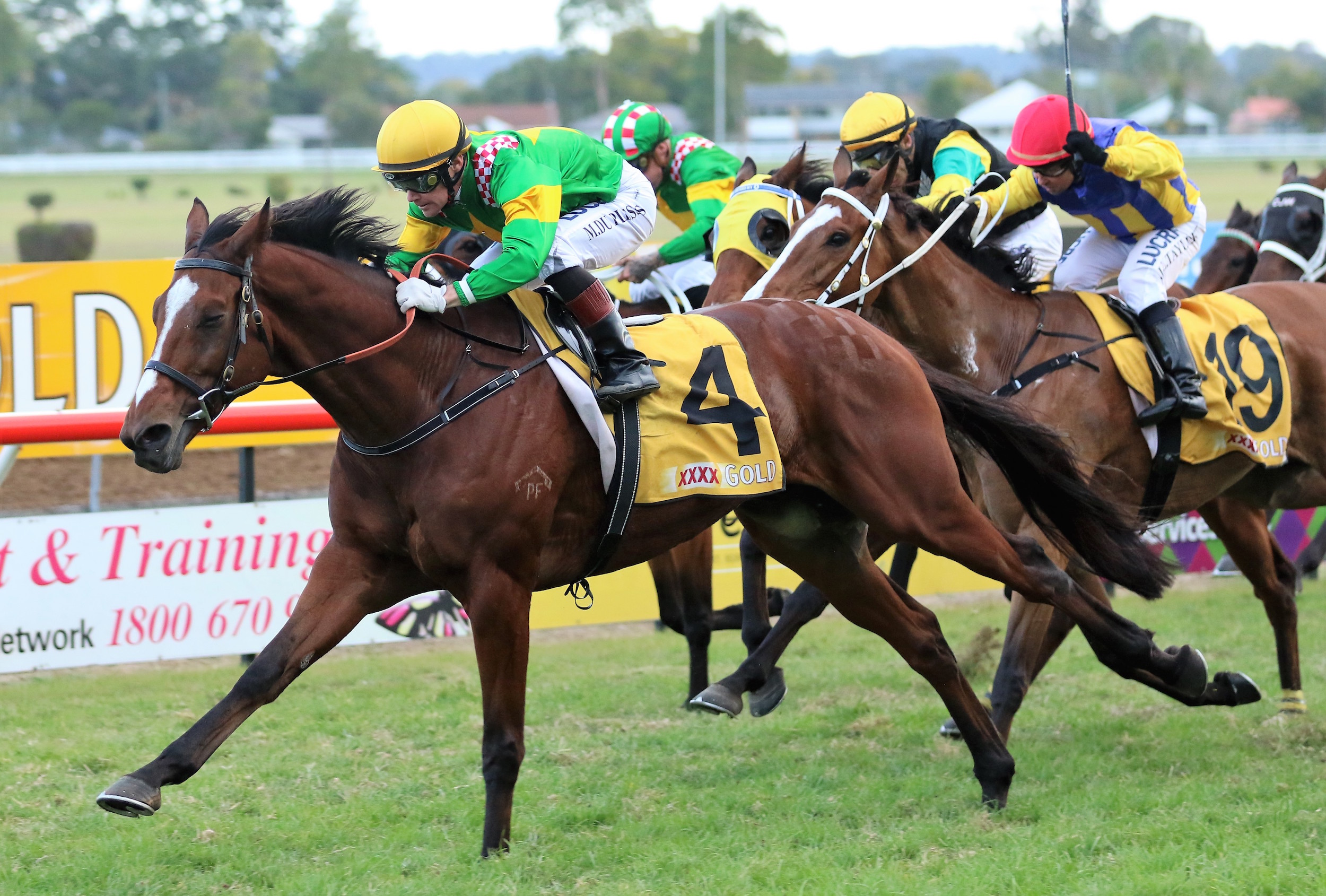 Max Whitby didn’t make it to the track to watch First Crush take out the Listed Grafton Cup last Thursday.

Sure, Grafton in July might not sound like much if you’ve already raced some 20 stakes winners, but for Whitby, winning the Grafton Cup is a big deal. Huge actually. After all, Whitby hails from the Northern Rivers region of NSW and winning a Grafton Cup is something he aspired to as a kid.

Whitby’s absence was understandable though … he was at the funeral of great mate and prominent owner/administrator, Noel Bracks, who also grew up in the Northern Rivers.

“The whole family is right into racing and that’s why they didn’t hold Noel’s funeral on the Wednesday (Ramornie Handicap day at Grafton),” Whitby points out. “Noel’s wife Ellen said she didn’t want me to miss the Ramornie and when I told her I had a runner in the Grafton Cup, they were all joking that the funeral must have been important for me to miss the Cup!”

Whitby has always had a passion for the horses and currently races around 100, while he’s got 25 broodmares in Australia too, selling a good number of their progeny annually at major sales via Kitchwin Hills Stud.

Growing up in Bangalow, about two hours drive north of Grafton, Whitby started his working life as a jackaroo and at one stage was washing dishes in King’s Cross. Eventually he would become the licensee for some of Sydney’s most iconic watering holes such as the Bourbon & Beefsteak and the Texas Tavern, while these days he mostly involves himself with futures trading, recycling businesses and Blockchain, the world of cryptocurrency. Oh, and horses. Lots of them.

“I’ve been fortunate to have some very good gallopers along the way,” Whitby reveals. “Savabeel (2004 Cox Plate winner and leading sire) was the best of them and I’ve kept a lot of shares in the stallion and breed from him every year, but I’ve got a real soft spot for First Crush.

“Kevin Moses spotted him (First Crush) at the (2014 Magic Millions) Patinack Dispersal on the Gold Coast and told me I should buy him and so we eventually got the horse for $100,000. I gave 10% to Kevin’s wife Jenny because she makes that stable run like a Swiss watch and the horse did show ability from early on.”

First Crush won at his second start – a Kembla Maiden in May 2015 – but Moses was outed for 12 months after the horse’s fifth start and the then 3YO was switched to the Eagle Farm stables of Chris Munce. Several wins followed in Queensland but black type had eluded First Crush until a head second in the Listed Ipswich Cup in mid-June, followed by a second in the Listed Caloundra Cup at the Sunshine Coast on 30 June.

The stakes breakthrough wasn’t going to be made easy for him though … First Crush had to endure a torrid run in the Grafton Cup but came away a winner after rattling home from 11th on the turn.

“Tough run … terrible run in fact,” Munce mused. “Even though he was wide he was in a beautiful rhythm and luckily he’s rock-hard fit. I told Max we would win the Grafton Cup and it’s terrific to do it for him.”

It was the first Grafton Cup win for Munce as a trainer, but the former champion jockey also saluted twice from the saddle with Count Scenario (1999) and Storm Hill (2005).