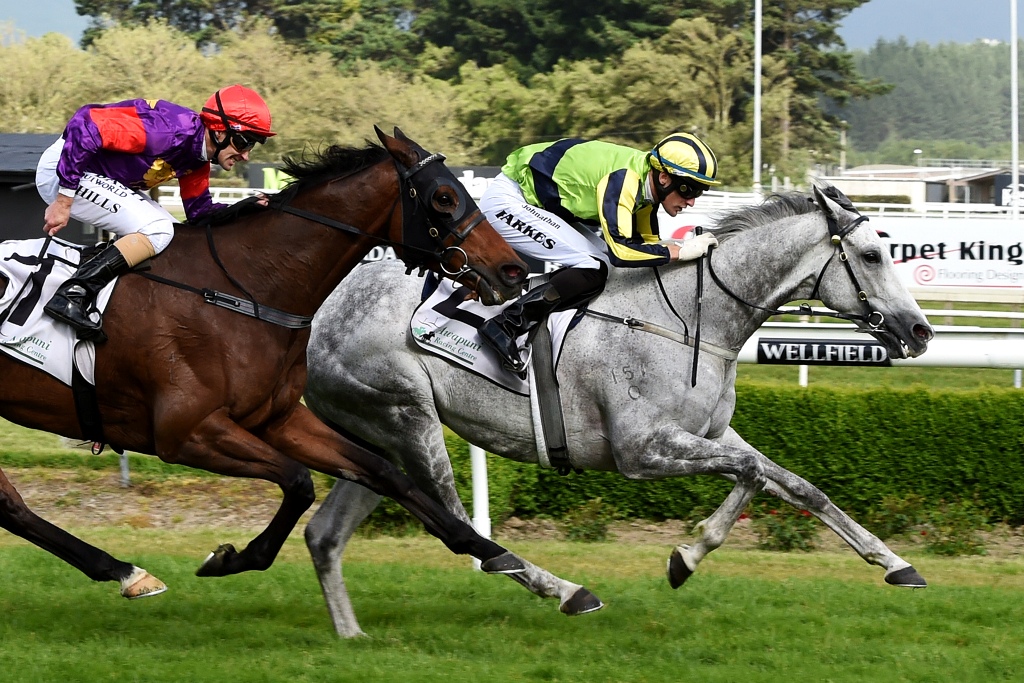 Australian-bred Maygrove returned to the top of his game at Awapuni in New Zealand on Saturday, capturing the Listed Feilding Gold Cup over 2100m in a gutsy performance.

Winner of four stakes races across the ditch, Maygrove has been out of the winners’ circle since October last year, but fought back strongly when challenged in the Gold Cup.

Having no luck at his most recent outing in the Listed Rotorua Challenge Plate, when second up from a spell, Maygrove had to overcome a wide draw at Awapuni, taking up the lead 600m from home and then holding on gamely.

“He (Maygrove) had to overcome the draw and a big weight (59kgs), but it was a tough effort from the horse,” an admiring trainer, Andrew Forsman, said after the race.

The flashy grey is something of a crowd favourite in New Zealand and has now compiled eight wins – including the Group Two Wellington Cup and Group Two Awapuni Cup – and 15 placings from 47 starts for over NZ$400,000 in stakes.

Now a 7YO, Maygrove was bred in NSW by the Laurel Oak Lady Zhivago Syndicate, which is managed by leading bloodstock agent, Louis Mihalyka.

“We’ve always had an opinion of Maygrove and were actually the underbidders when he sold to Bruce Perry Bloodstock for NZ$110,000 as a yearling,” Mihalyka points out. “He is by the former Darley stallion, Authorized: a son of Montjeu who won the 2007 Epsom Derby. John O’Shea really liked the horse at the time and said to me that he wanted to train him, but obviously the other mob were keen to buy him too.

“Laurel Oak raced Maygrove’s mother, Lady Zhivago, which we’d purchased at Easter for $120,000 and she ended up winning a couple in Sydney and a VRC race at Bendigo.”

HOOFNOTE: Mihalyka has an interesting story as to how Maygrove got his name.

“When he was being sold as a yearling, some people from a local rest home were there at the sale for a day out. Maybe they liked him because he was a grey, but anyway the new owner got wind of it and decided to name the horse after their rest home … Maygrove. Evidently they now take a bus load to the races to follow the horse whenever he goes around.”