Mehegan Gets His Break With Prussian Mare 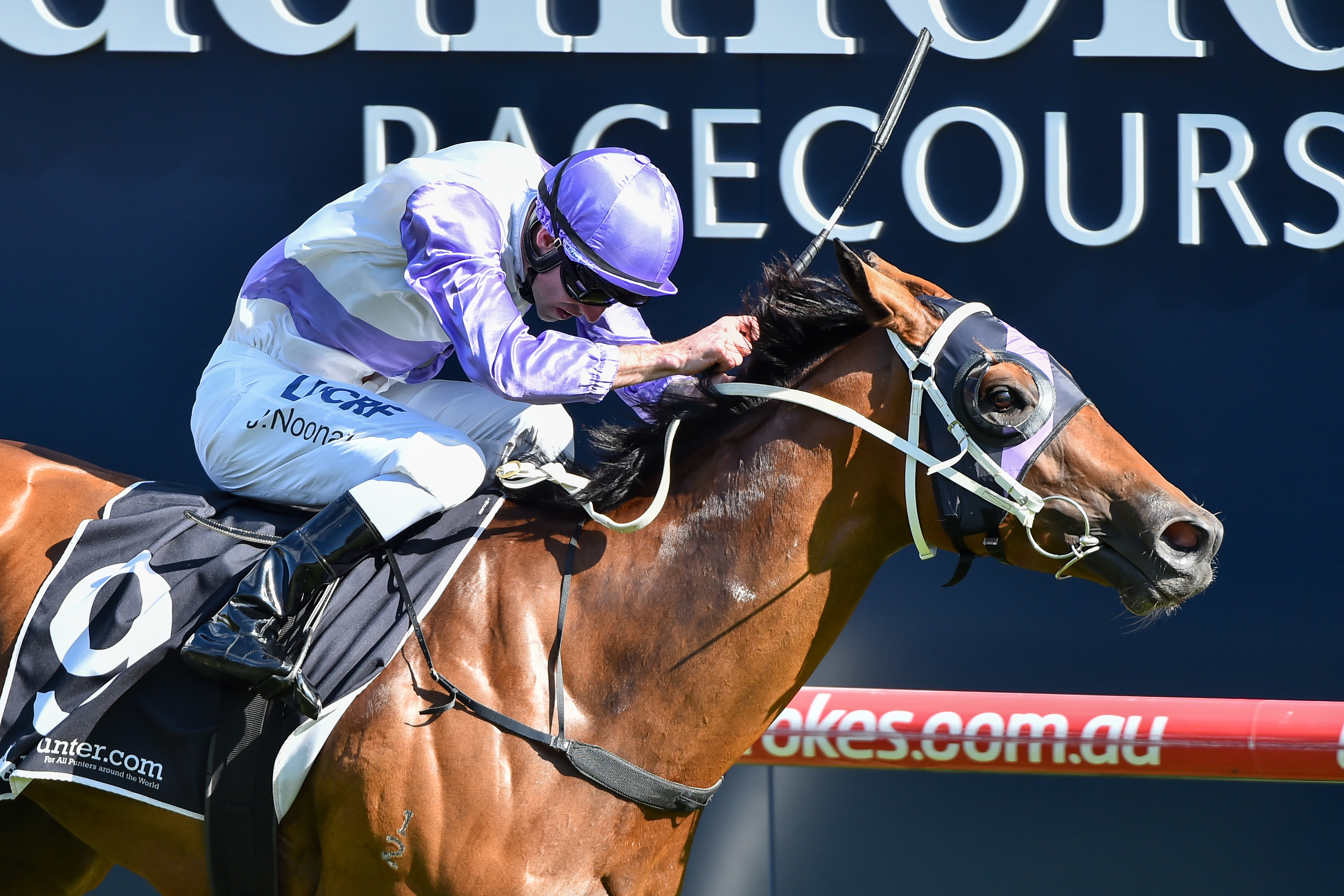 Normally you’d say that a bloke like Michael Mehegan is deserving of a ‘break’ but it’s probably the last thing he needs.

Mehegan is a horse breaker by trade who took out his trainers’ licence in 2006, but has only ever had a few horses in his yard – around six to eight at a time.

In 2004, Mehegan broke his leg – badly – and required around 50 operations. He was on crutches for six years and, at one stage, looked as if he might lose the leg.

Deciding on a sea change, he and partner, Shannon, shifted the team to Mornington in Victoria four years ago and then … he broke the same leg again.

Thankfully, after two years of setbacks it’s come good and he can now do a bit of running and, perhaps wisely, restricts his riding to a pushbike.

Mehegan’s fortunes took a dramatic turn on Saturday however when his tough little mare, Prussian Vixen, showed them the way home in the Group Three MyPunter.com Geoffrey Bellmaine Stakes (1200m) at Caulfield.

Having raced Prussian Vixen’s dam, Miss Eileen, Mehegan is also the breeder of Prussian Vixen, and along with Shannon and his mum and dad, owns the 4YO mare too.

And, if the win wasn’t special enough already, it was also the first run at black type level for both racehorse and trainer.

“She’s a very good galloper and I thought she rated a better chance than the $18 they were offering at one stage,” Mehegan points out. “She was only beaten a half length by the second favourite (for the Bellmaine) at her previous start and was she meeting her on level weights this time around.

“Jake Noonan rode a perfect race – rated her beautifully – and we were obviously very happy with the win. Every time we raise the bar with this horse, she just keeps stepping up.

“I’m not sure where she will head to next – maybe the (Listed) Hareeba Stakes at her home track on 25 March.”

Following yesterday’s victory, Prussian Vixen has now won six of her 21 starts with a further six placings and $294,440 in stakes.

“Prussian Vixen is the first foal of Miss Eileen who I got pretty cheaply as a young horse and she ended up winning three races for me. She was very fast but plagued with injury problems,” Mehegan adds.

“After retiring her, I decided to breed from the mare and sent her to Laurie and John McCarthy’s (Greta West) stud to be covered by King of Prussia. I’ve always really liked King of Prussia due to his toughness and strike rate, plus I’ve built a great relationship with the McCarthy brothers.

“Miss Eileen then produced a colt by Keep The Faith (Demon Hunter) in 2013 but unfortunately the mare got colic and had to be put down last year.

“At least we still have Prussian Vixen and that Group win on Saturday won’t hurt!”

Not surprisingly, Laurie McCarthy was cheering on Prussian Vixen at Caulfield.

“Michael’s a very nice guy and an underrated trainer,” McCarthy enthused. “It was terrific to see him get that result after all his trials and tribulations.

“It was also a great result for King of Prussia. He’s in the twilight of his career now but he’s been a very good stallion for us. He’s got something like 55% winners to runners and aside from Prussian Vixen, he’s also produced stakes winner, Justify That, who has won close to half a million in stakes, plus the stakes horses Frozen Rope, King of Scots and Prussian Officer. A lot of winners over the years.

“We purchased King of Prussia off the track and he made back his money in the first season. He doesn’t get many mares these days but he can still get a winner, as shown by Prussian Vixen, and he can just live out his days on the farm.”

Based at Greta West in Victoria’s north east, Greta West Stud also stands Group One sire, Keep The Faith and God’s Own.