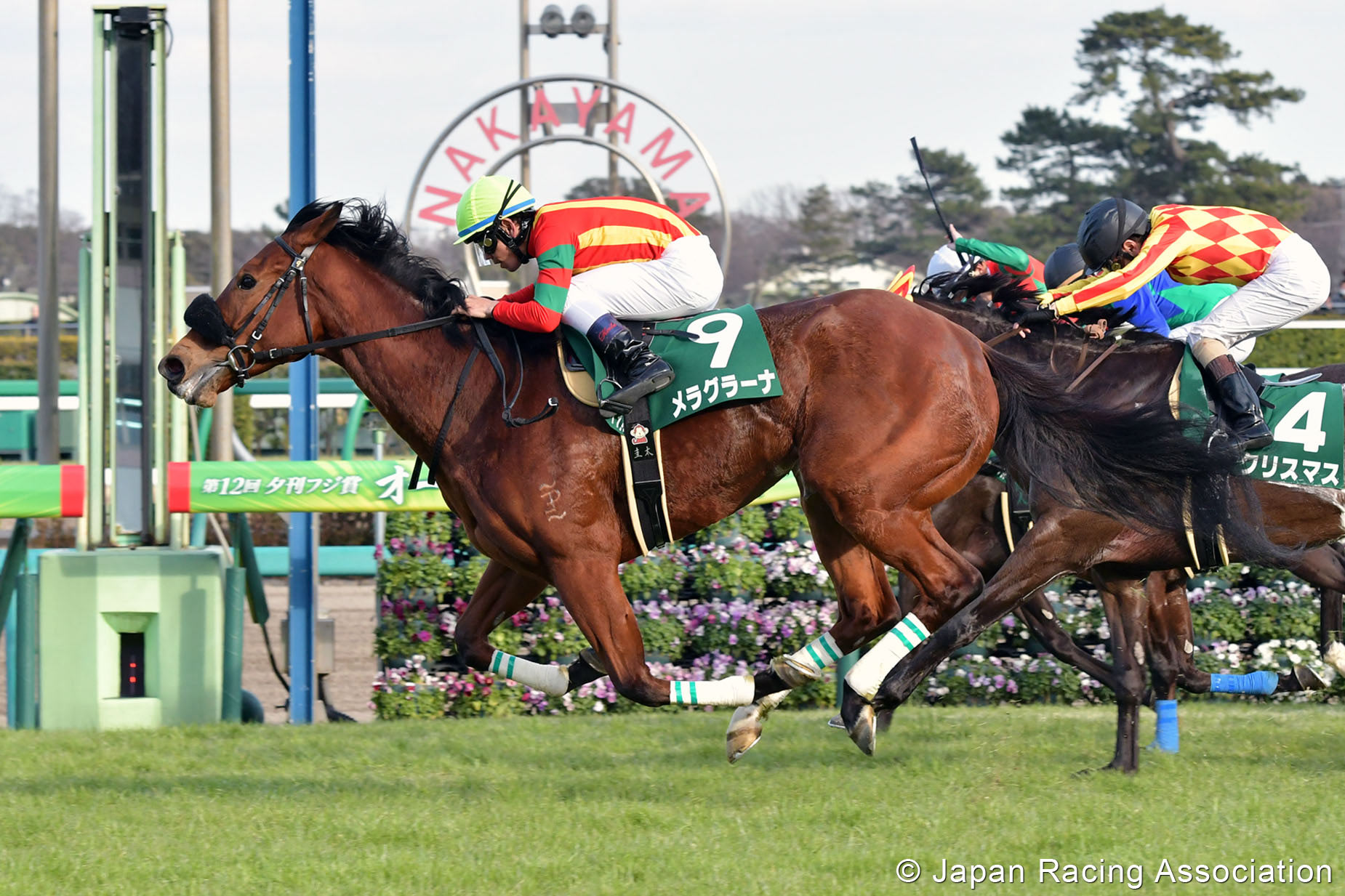 Australian-bred Melagrana made two Stakes wins in a row taking out a Group Three in Japan on Sunday (Japan Racing Association).

Bred and sold by Emirates Park, Melagrana hails from one of His Excellency Nasser Lootah’s most prolific families, and in 15 starts in Japan since her debut in March 2015, the mare has won six times – including four of her the last five outings.

“She was a nice filly,” Emirates Park’s General Manager, Bryan Carlson, recalls. “They all seem to run out of that family.

“Prior to Saturday’s Group Three victory she had won over $A1 million so she’s certainly done very well.”

“We also had a half brother to Melagrana, by I Am Invincible, at this year’s Sydney Classic that Gai Waterhouse took a fancy to ($180,000), while Ghaliah has a Smart Missile weanling – her last foal.”

Melagrana wasn’t the only Australian-bred to fly the flag on Saturday with Rafeef, a Redoute’s Choice 4YO trained in South Africa by Mike de Kock, registering his first black type victory in the Group Two Hawaii Stakes at Turffontein.

Bred by the Arrowfield Group and Klawervlei Stud, Rafeef was sold to Shadwell Australia at the 2014 Inglis Australian Easter Yearling Sale for $800,000 and has now put together five wins and two seconds from eight starts.

His previous best was a stakes second at Turffontein last month.

“That win (the Hawaii Stakes) has secured Rafeef a place at stud and he’s got the looks to go with it,” Mathew de Kock said after the race. “He’s lightly raced and still improving and we have some options with him like the (Group One) Horse Chestnut.”