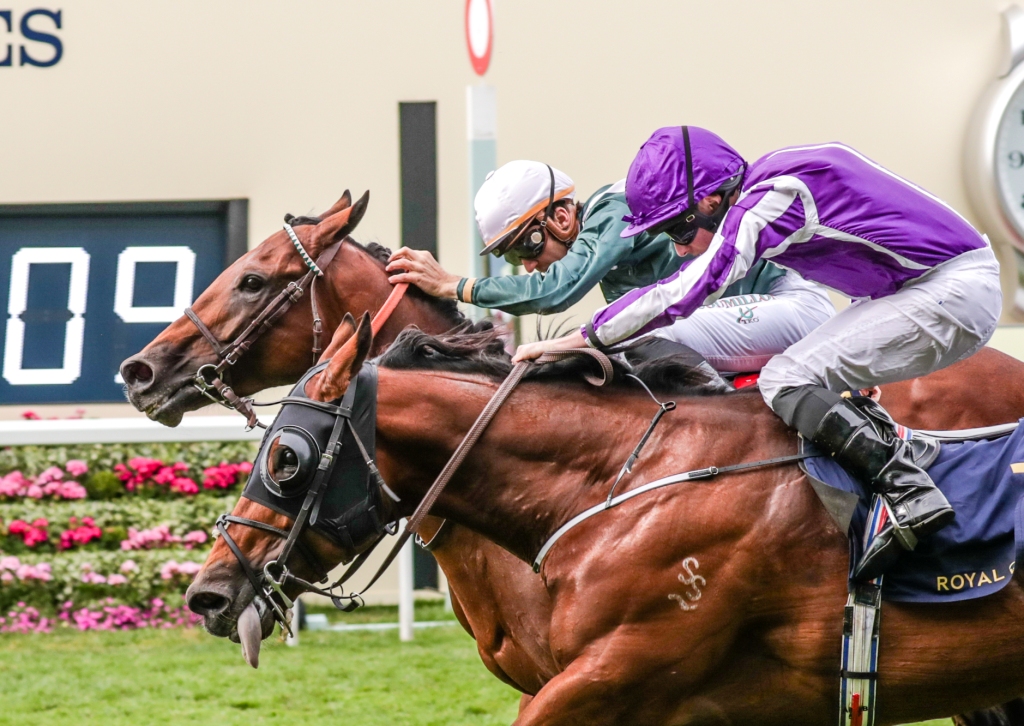 There is something truly special about Royal Ascot.

Sure, we have our own carnivals, including a race that stops an entire nation. We also have a $13 million race called The Everest: yet another reminder that Australia’s prizemoney is far greater than anywhere in Europe.

But to have an Australian-bred sprinter race against and defeat, the global elite – on THAT stage … well, it’s the closest racing comes to an America’s Cup or Ashes victory.

On Saturday 23 June 2018 – early Sunday morning Australian-time – it was Merchant Navy’s turn to gallop into history with a nail-biter finish to the Group One Diamond Jubilee Stakes, a race that was first run in 1868 at a carnival which dates back to 1711.

Since Choisir won the Diamond Jubilee (then Golden Jubilee) in 2003, 39 Australian bred gallopers have performed at Royal Ascot for an incredible eight wins in either the Diamond Jubilee or King’s Stand Stakes, while 21 of those starters have finished in the first four.

Exalted predecessors aside, the merit of Merchant Navy’s performance should not be underestimated. After all, by Australian standards, the Fastnet Rock colt is still only a 3YO, but is classified a 4YO in Europe and weighted accordingly.

When first arriving in Europe last month, Merchant Navy surprised his new trainer, the legendary Aidan O’Brien, by capturing the Group Two Greenlands Stakes at the Curragh at his first start for the stable, and, although installed on the second line of betting for the Diamond Jubilee, many thought he would succumb to the more experienced Australian-trained Redkirk Warrior, or the highly rated Harry Angel.

Yet Merchant Navy wasn’t to be denied, getting up by the barest of margins: so slim a margin in fact that owners had to anxiously wait for nearly a minute before the number went up.

Among the owners at Royal Ascot was well known stud master, Duncan Grimley, whose association with Merchant Navy – and Royal Ascot for that matter – goes back a long, long way.

A former General Manager of Coolmore Australia, Grimley also part-owned Merchant Navy’s sire, the Danehill stallion, Fastnet Rock, winner of the 2005 Group One sprints, the Oakleigh Plate and Lightning Stakes, before an illustrious career at stud which has so far included two Australian Sires’ titles and production of 137 stakes winners and $153 million in progeny earnings.

“Racing Fastnet Rock was a huge thrill but this (Merchant Navy’s Diamond Jubilee) is hard to top in terms of impact,” Grimley explains.

“Courtesy of his time ‘shuttling’ to the northern hemisphere, Fastnet Rock has already left a lot very good horses up here such as Champion Irish horses like Zhukova and Fascinating Rock, but this is an Australian-bred horse of his that has come over to take on the world’s best and succeeded.

Not all of Merchant Navy’s admirers are Australian either and the colt also has a big fan in Royal Ascot’s Head of Communications, Nick Smith.

“It was obviously big news over in Australia, but Merchant Navy’s victory made a tremendous impression here too,” Smith enthused.

“The Diamond Jubilee drew the top sprinters in the world and I believe Saturday’s field was one of the strongest ever with runners from Australia, North America, along the best from Europe.

“Possibly the greatest take away from the Diamond Jubilee is that there has always been an expectation that sprinters coming from Australia are more likely to succeed, but the competition is much, much tougher these days, which only adds merit to Merchant Navy’s win.

“What’s probably even more exciting is that I don’t think Aidan has gotten to the bottom of the horse yet. Tremendous potential.”

Not surprisingly, Coolmore Australia’s Tom Magnier was buoyant following the win, particularly as he accepted the trophy from Her Majesty.

“Merchant Navy is something of a phenomenon,” Magnier adds.

“In the space of just 10 starts, he has established himself as the best 3YO sprinter in the world.

“He won the Group One Coolmore Stud Stakes at Flemington weeks prior to his third birthday, which was amazing in itself, but he has built immeasurably on that by winning one of the most prestigious sprint races in the world at Royal Ascot.

“Merchant Navy is yet another wonderful advertisement for the merits of the Australian thoroughbred.”

Aushorse CEO, Tom Reilly, meanwhile, was succinct in his appraisal of Merchant Navy’s success and its impact on Australian breeding.

“The focus of the entire racing world is on Royal Ascot this week and the Diamond Jubilee is its premier sprinting event.

“Merchant Navy is now, arguably, the best sprinter in the world and Australia also has the best racehorse in the world in Winx. Doesn’t get much better than that.”