Merriest Of Seconds, But Meteoric Result 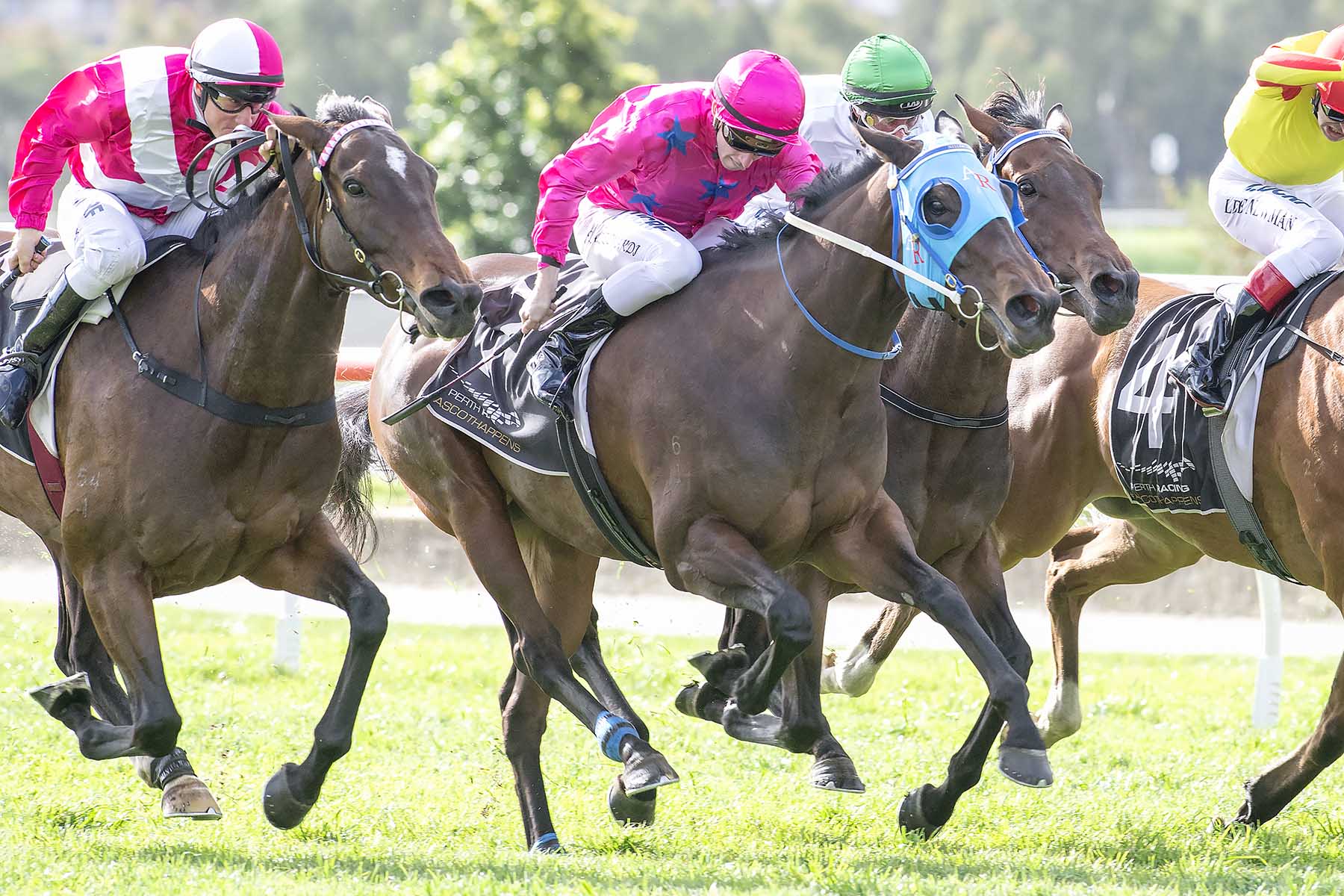 With stakes runners lining up on either side of the Nullabor on Saturday – Merriest at Flemington and Meteoroid at Belmont Park – Barry and Jan McRostie opted to stick with their home base in Perth.

It proved to be a winning decision for the pair with Merriest playing bridesmaid in the Group Two Blazer Stakes, while Meteoroid got to cut the cake in the Listed Birthday Stakes.

But it could very easily have gone either way.

Stepping out in the Blazer over 1400m, Merriest had a wall of horses in front of her turning for home, but found space and hit the lead with 100m to go. Unfortunately for the McRosties, Now or Later grabbed their mare on the wire and Merriest will have to wait until at least her next outing before adding to her black type tally.

(Winner of four from 14, including last year’s Listed Atlantic Jewel at Moonee Valley, Merriest has pocketed $328,850 from career earnings).

Just on an hour and a half after Merriest’s run, Meteoroid was on the third line of betting for the 7-strong Birthday Stakes, despite having won the Listed Belmont Newmarket – over the same journey – at her most recent outing in August.

At the 250m, Meteoroid appeared as if she might have to settle for a place, but surged in the final 100m and, with a few strides to go, seemingly had it in the bag. Then Silverstream dug deep and they went to the wire locked together. The camera would decide.

Now obviously, successive stakes placings is not a bad day’s work in anyone’s language, but the McRosties could well be forgiven for looking over their shoulders for the next couple of weeks if Meteoroid had ended up a nostril short.

Fortunately, Silverstream didn’t get there in time and Meteoroid’s CV now reads eight wins, six placings and $300,590 from 20 starts.

“Meteoroid has been a terrific mare for us,” Barry McRostie points out. “She’s only been out of the money three or four times throughout her career and has got plenty of heart.

“She’s no superstar … just a good honest horse. (Trainer) Simon Miller usually tips her out for a two to three week break after each run and this is the fourth time from five first up runs that she’s won!”

Miller, who purchased the Northern Meteor mare for just $90,000 at the 2013 Inglis Australian Easter Yearling Sale, concurs with the owners, adding that: “she (Meteoroid) was no slouch in fending off those horses, particularly given that Silverstream, Whispering Brook and Rebel King are going so well.

“Meteoroid is sounder than she’s ever been and is probably looking for further. We might now give her a try over 1400m in the Group Three Northerly Stakes at Ascot on 21 October.”

As for Merriest, McRostie suggests the Denman mare will again have a tilt at Group Two level in the Schweppes Tristarc Stakes at Caulfield – also on 21 October.

Another ‘two places at one time’ problem to be overcome?

“We’ll work it out when the time comes but hopefully both will do well again,” McRostie adds. “Merriest could have probably done with a better barrier in the Blazer, but you can hardly complain when both horses put in such good runs.”