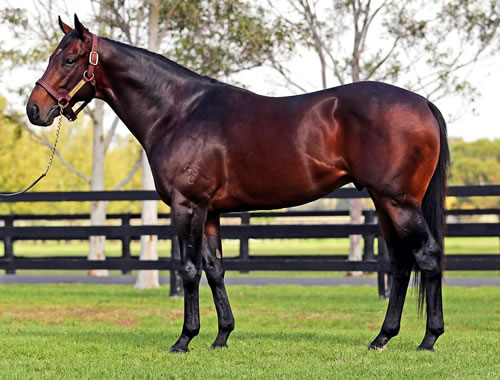 It was a weekend that neither Yarraman Park Stud nor Twin Hills Stud will ever forget.

After all, both NSW nurseries notched up significant milestones with their gun stallions, I Am Invincible and Smart Missile, largely stealing the show at Scone’s two day carnival.

On Saturday – specifically (and somewhat fittingly) in the Yarraman Park Woodlands Stakes – Yarraman Park’s I Am Invincible logged his 27th individual stakes winner for the season, courtesy of exciting 2YO filly, Libertini: an Australian record.

The figure surpasses the previous benchmark set by Danehill (and twice equalled by Snitzel), while, among I Am Invincible’s 35 stakes ‘wins’ thus far in 2018/19, are the Group One success stories, Voodoo Lad, Oohood and Viddora.

Heady stuff, but so too is that there remains 89 black type races in May, June and July and I Am Invincible is expected to well and truly add to the score by season’s end. Indeed, Kris Lees’ Regimental Band – also by I Am Invincible – finished a very good second behind Libertini at Scone and clearly has a promising future.

What’s more, I Am Invincible’s earnings in 2018/19 currently stand at $14,886,583. He is one of four stallions with progeny earnings in excess of $10 million, underscoring yet again the magnificent prizemoney available in Australia.

Smart Missile doesn’t fall into the ‘eight figures’ category – well, not yet – but continues his steady climb up the ladder with a stakes treble in the space of 24 hours … two of them in 15 minutes.

First cab off the rank was Special Missile who took his tally to six wins and 11 placings for $458,850 in stakes after capturing the Listed Scone Cup on Friday.

Ready To Prophet – bred by Torryburn Stud and sold for $40,000 at the Gold Coast in 2017 – brought up the double at Scone with her victory in the Listed Emirates Park Denise’s Joy Stakes, but the numbers were hardly up by the time Missile Mantra (a $30,000 buy for Triple Crown Syndications at last year’s Gold Coast Magic Millions) made it three for Smart Missile when successful in the Listed Vale Redoute’s Choice Stakes at Caulfield.

A Champion First Season Sire whose oldest progeny are now 5YOs, Smart Missile was re-located to Twin Hills last year where he covered a book of 222 mares (up from 63 mares the previous spring). Just 13 stallions covered 200 or greater in 2018.

With 13 stakes winners overall and 114 winners this season, Smart Missile will stand at $22,000 including GST this spring.

“We’re absolutely thrilled with the weekend results and it’s not just about ‘quantity’ either,” Twin Hills Stud’s Olly Tait enthused. “One is a 2YO, another is a 3YO and a Scone Cup winner as well.

“Missile Mantra, in particular, is a very exciting 2YO for Triple Crown and the Snowdens. She won on debut last month and has now won a stakes race at only her second start.

“As a Champion Freshman Sire, Smart Missile has shown that he can produce very good juveniles, but with the likes of last spring’s (Group One) Spring Champion Stakes (over 2000m) winner, Maid of Heaven, he can obviously get gallopers that train on over a distance too. Very versatile … everything you want in a stallion.”

Smart Missile is joining something of a trend for stallions ‘on the move’ with Blue Gum Farm’s Manhattan Rain – a former barnmate of Smart Missile – going from strength to strength since shifting to Victoria with Group One winners She Will Reign (Golden Slipper) and South African Champion, Whisky Baron flying the flag, while Foxwedge has chimed in with stakes winners, Volpe Veloce, Alassio and Big Alloy since it was announced he would be joining the Woodside Park lineup in Victoria from this spring.