Triple Crown Is In The Zone 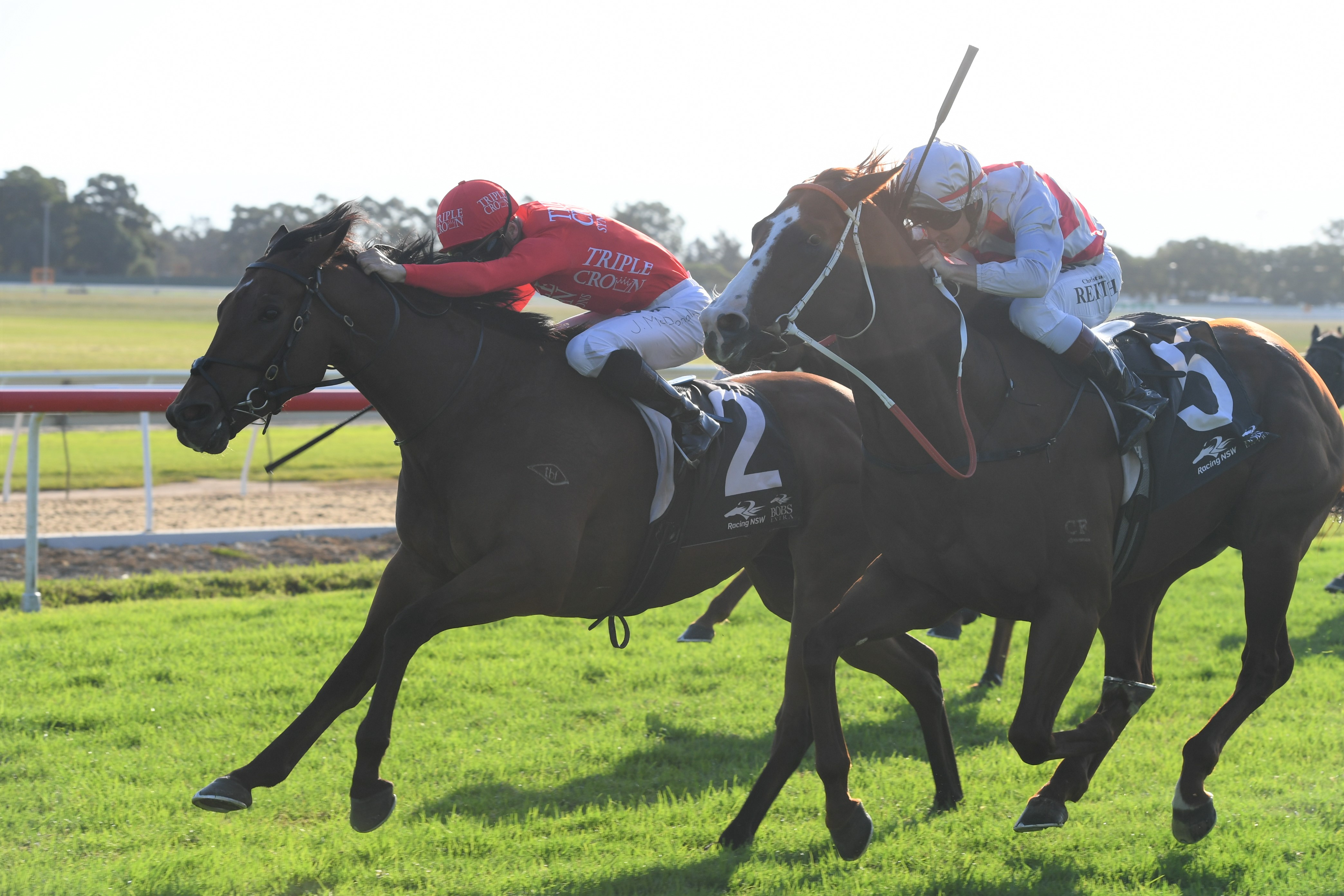 There are plenty of highs and lows in the thoroughbred industry … it’s just that you don’t normally experience both in the space of 12 minutes!

Team Triple Crown – Group One cheerers that they are – celebrated in style at Hawkesbury on Saturday as Military Zone came out all guns blazing in the Group Three Blacktown Workers Club Hawkesbury Guineas over 1400m, winning in very quick time.

However, the din had only just subsided by the time Triple Crown’s Redzel jumped (as $1.85 favourite) in the Group Two Victory Stakes over 1200m at Eagle Farm. Unfortunately, Redzel could only manage second and, according to trainers Peter and Paul Snowden, pulled a hamstring in the process.

Redzel’s immediate future is up in the air but given that he is the second highest earner ever in Australia ($15,560,000 in stakes), winner of the only two Everests thus far and a multiple Group One winner to boot, we can only hope that the setback is temporary.

Military Zone, on the other hand, is definitely on the up as the Guineas was his second black type success after capturing the Listed Gosford Guineas at the end of December.

According to Triple Crown’s Chris Ward, Military Zone is next likely to target the Listed Inglis 3YO Guineas at Scone on 11 May and, “if he keeps progressing, he could be a good lightweight chance in the ($1.5 million Group One) Stradbroke Handicap” at Eagle Farm on 8 June.

Similar to Redzel, Military Zone was first offered at a weanling sale before being snapped up by Chris and Michael Ward as a yearling: the pair paying $140,000 to secure the future Hawkesbury Guineas winner at the 2017 Inglis Melbourne Premier Yearling Sale.

Bred by Two Bays Farm, Military Zone is from the first crop of Darley’s Golden Rose winner, Epaulette, and out of the Street Sense mare, Loading Zone, a half sister to two stakes winners – Happy Forever and Super Lacuna – and closely related to Group Two winning 2YO, Scarlet Rain.

“We’ve always liked the Epaulettes,” Chris Ward points out. “He was a very good racehorse and produces terrific types. What’s more, he was trained by Peter and Paul Snowden who took him to a Group One victory and had a huge opinion of the horse. And probably an even bigger opinion of him after Saturday.”

Since 2010, Triple Crown has raced the winners of over 30 Group races which also include Peggy Jean, Hot Snitzel and Dothraki, and syndicates up to 20 yearlings annually. In the last three years, the Ward brothers have purchased seven Epaulette yearlings.

Wisely, Sydney based couple, Amanda and Don Gibson, chose to go into the first of Triple Crown’s Epaulettes, and – as it turns out – one of the first horses Triple Crown syndicated.

As luck would have it – and don’t we all need it! – the Gibsons are also in the Redzel syndicate and were there at Hawkesbury to ride the roller coaster too.

“Don and I have been with Triple Crown since the start and they initially had three for us to choose from and, wouldn’t you know it, we got the one that wasn’t much good,” Amanda Gibson says with a laugh. “He was the first horse we raced.

“As a matter of fact, we didn’t have much luck early on and were thinking about giving it all away. Then Redzel came along. I remember being at Rosehill and had just watched Redzel getting beaten a lip by Russian Revolution in the (Group One) Galaxy and Chris approached me to see if I’d be interested in taking a share in this Epaulette he had.

“I knew that Peter (Snowden) had considered Epaulette to be underrated as a racehorse and, anyway, we gave it some thought and eventually said yes.

“It’s difficult to say at this stage how far Military Zone will go, but he broke the race and class records for the 1400m at Hawkesbury on Saturday and it’s probably worth noting that Chautauqua won the Hawkesbury Guineas five years ago.

“It would be handy if Military Zone turned out to be as good as Chautauqua.”