My God … What A Bargain! 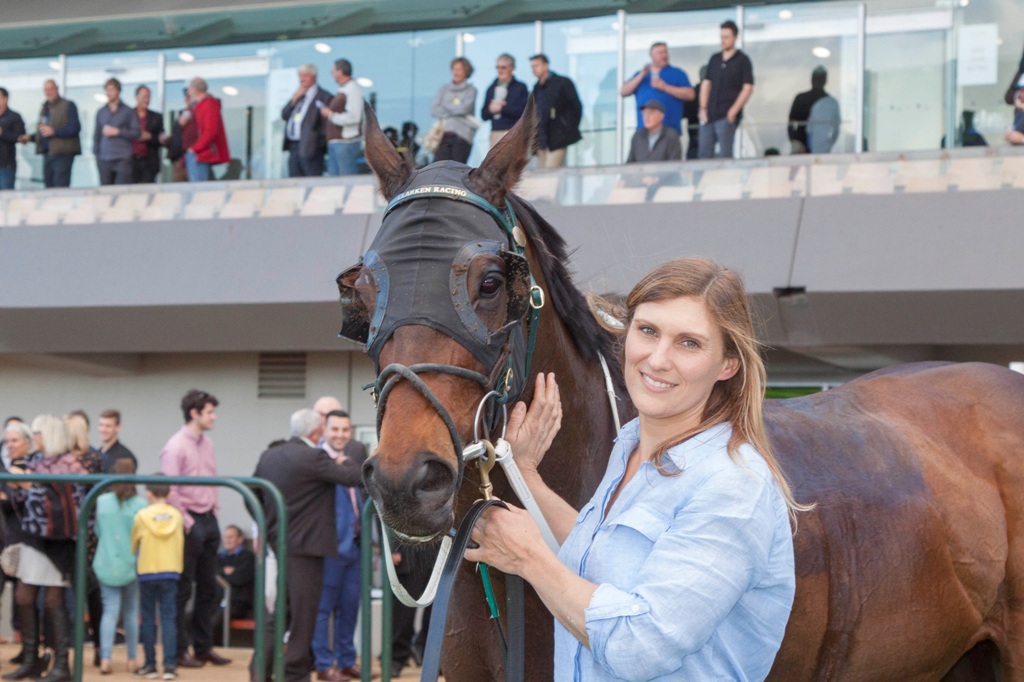 It’s probably fair to say that there were very few eyes on Mio Dio as he trotted out from the mounting yard prior to the running of Saturday’s Group Three David R Coles AM Spring Stakes over 1200m at Morphettville.

That’s fair enough too. After all, Lankan Rupee – the one-time world champion sprinter and winner of over $4.1 million – was hot favourite on the back of a Group second just a fortnight ago, and a Spring Stakes victory appeared a foregone conclusion for the former Horse of the Year.

Besides, Lankan Rupee had won eight stakes races. Mio Dio? Well, none. Until the Spring Stakes that is.

With Lankan Rupee’s hopes all but vanished 400m from home, the Will Clarken trained, Mio Dio, flashed down the outside to record a memorable victory. Not so great if you took the $1.95 for Lankan Rupee, but pretty darn exciting for Team Mio Dio.

Since first arriving on the scene in March 2013, Mio Dio hasn’t had a problem singing for his supper, winning the first four times at Warrnambool, then at Flemington, four more at Morphettville and, in June, the $100,000 Golden Topaz at Swan Hill.

Incredibly, there was little, if anything wrong with the then colt, according to vendor, Tas Rielley of Basinghall Farm.

Rielley – who, with wife Julie – runs the 600 acre Basinghall Farm at Nagambie in Victoria, goes on to explain: “He (Mio Dio) was actually a very nice weanling. Had a lot of quality about him. Mio Dio’s sire, God’s Own was still fairly popular at the time (God’s Own yearlings sold up to $160,000 in 2011), while his mum, Hageabi, was well related. She was exported to Indonesia around three years ago, but she’s a three quarter sister to a Group One winner in Piavonic, in turn the dam of (Group Two) VRC Sires’ Produce winner, Von Costa de Hero, while other close relations include stakes winners Emlozza and Doppio.

“We foaled down and raised Mio Dio off Basinghall and while he was sold as part of a dispersal of stock, I fully expected him to go for a lot more than $5,000.”

Clarken, who has saddled up stakes winners Cavaloce and Split Lip in the last 12 months, was over the moon with Mio Dio’s black type breakthrough and has now won five from 11 with the 7YO sprinter since the horse shifted to his stable last October.

“Mio Dio is just such an honest horse,” Clarken enthused. “Tough as. He’s never been 100% sound but he tries hard and the more you get into him, the more he thrives.”

“God’s Own lost much of his commercial appeal in recent times but he’s actually got a lot of winners over the years … well over 200 and some quite handy ones among them,” McCarthy points out.

“Unfortunately, he developed some fertility problems last year and is no longer at Greta West, but we’ve got Master of Design on board for this spring, along with Keep The Faith and King of Prussia.

“Master of Design has horses like Jaminzah running around for him that won two races at Flemington in August, while Keep The Faith and King Of Prussia also continue to get amongst the winners.”