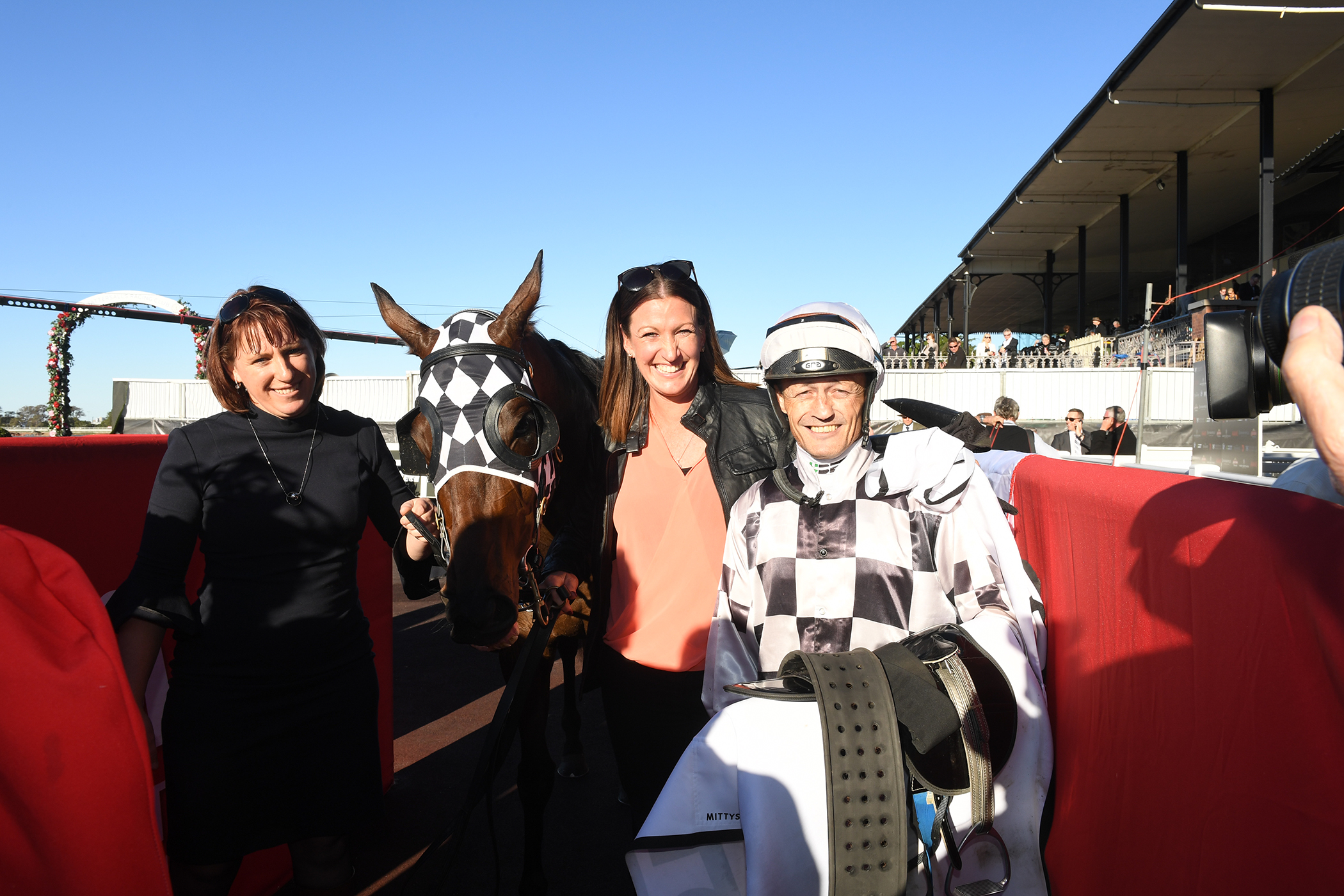 Jen Sommerfield liked Miss Cover Girl from the word go. Her husband Joe? Not so much.

Bred by client, Kevin O’Keefe, Miss Cover Girl was foaled down at the Sommerfields’ Blue Hills Thoroughbreds in Quinalow, Queensland and, according to Jen, she had something about her, albeit being a little ‘feisty’ to begin with.

“From the time she was a late weanling I just thought she had a real quality: a bit special,” Sommerfield recalls. “We took her down to the sales (2013 Magic Millions QTIS Yearling Sale) and I had no idea what kind of reserve that Kevin had on her.

“I then took a half share in the filly and while I was over the moon, Joe wasn’t quite as enthusiastic. Probably even less so when he had to break her in … twice!

“Eventually I told Joe to take her out mustering cattle and off she went with Joe, a couple of camp horses and the working dogs.

“It was experience for her, let me tell you. At first she couldn’t walk over sticks and fallen trees, would stumble over rocks and couldn’t keep up.

“She had some hard days – 12 hours – and the country was rough. She was, after all, still only a yearling but Joe started to get a real respect for her because they were long days and she didn’t throw the towel in. Full credit to Joe too – we had one or two ‘discussions’ about the filly, but he never gave up on her.”

It certainly showed on Saturday when that feisty filly which no-one (apart from Jen) wanted won the last Group One of the Australian racing season with a brilliant finish in the Tattersalls Tiara, taking her career tally to eight wins and seven placings from 26 starts and a tick over $800,000 in prizemoney.

As it turns out, it’s Jen Sommerfield’s first racehorse and, for the record, Joe likes the now mare a lot better now: “Quinalow’s only a very small town and as you can imagine, Miss Cover Girl is a real pin up.”

Kevin Dixon is pretty fond of Miss Cover Girl too as he is the major shareholder in the mare’s sire, Monashee Mountain, standing him at Sun Stud Queensland.

“Monashee Mountain originally stood at Willowbend Stud, in conjunction with Coolmore, shuttling between here and North America,” Dixon explains. “He didn’t make it back for the EI (equine influenza) year so I approached Coolmore and purchased the horse from them.

“The stallion hasn’t had the mares he deserves but every now and then he’ll click with one and end up with a filly like Miss Cover Girl. He gets plenty of winners though.”

He certainly does. Around 518 of them at last count with his previous Group One winner being the 2006 Stradbroke Handicap winner, La Montagna.

Standing at a bargain basement fee of $3,300 in 2016, Monashee Mountain can lay claim to a pedigree few can match. One of only a handful of Danzig sons still standing at stud in Australia, Monashee Mountain is out of the Mr Prospector mare, Prospectors Delite, also the dam of North American Horse of the Year, Mineshaft and dual Group One winner Tomisue’s Delight.

As a shareholder in Monashee Mountain, O’Keefe sent Miss Cover Girl’s dam, Tolart, back to the stallion in 2014 and, according to Sommerfield, she produced a full brother to the Tatts Tiara winner last spring.

No word yet on what Joe thinks!