Missrock Is Perfect Bliss For Laing 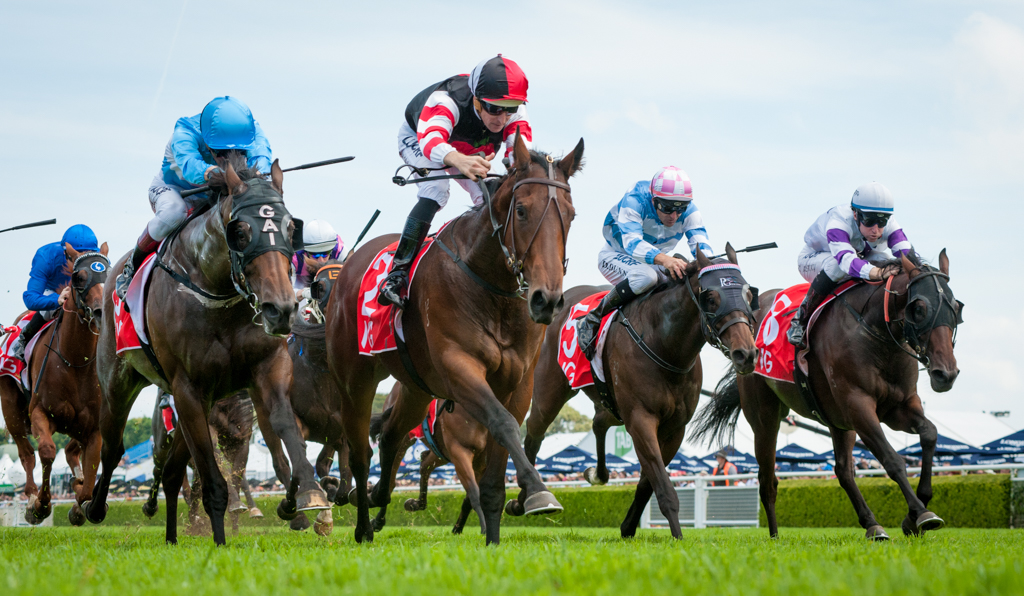 Robbie Laing wasn’t surprised when winning Saturday’s Percy Sykes Stakes at Royal Randwick with Missrock. However, given the chain of event’s leading in to the race he was elated that she actually started!

Talking about the win on the morning after, Laing had to trot out the “excuse me I’m a little hoarse” line given he had little voice remaining after cheering Missrock home. Understandable given the circumstances.

Last November, the obviously talented Fastnet Rock filly was a clear favourite for the Merson Cooper Stakes at Sandown, having won the Debutant Stakes the previous month and followed up with a solid third in the Group Three Ottawa Stakes on Cup Day.

Therefore, it was long faces all round when the filly ran ninth of 10 in the Merson Cooper and Laing was at a loss to explain the form reversal: “the stewards said she must have strained a muscle or was in season,” Laing reflected. “It took four of us to get her on the float and when she got back to the stables, she didn’t eat and couldn’t move.

“I sent her to Melbourne University and they found she had a stress fracture of the pelvis and had to be immobilised for six weeks – total box rest.

“When I went down to see her she had this huge indentation near her rump that you could fit a football in, but (veterinary surgeon) Glenn Robertson-Smith said it will eventually regenerate at around 1mm every day. It doesn’t appear to affect her in any way though.

“When she came back into training, I put jockeys on who had ridden her in work prior to getting hurt and they said she was back to as good as she had been previously, which was obviously very encouraging.”

But, if you’ll excuse the pun, further trouble was a-foot for her big return to racing.

“We had all sorts of problems getting her rear racing plates on at Randwick, but after much persisting and plenty of help from track staffwe eventually managed to get them on,” Laing explained. “But it was looking desperate for a while … I thought we might have to end up scratching her an hour before her race!”

Clearly it was worth every bit of effort: from the manner in which she took out the Percy Sykes, Laing will now target the Group One Thousand Guineas at Caulfield in October with Missrock… a race that Laing won with Perfect Bliss 33 years ago.

Laing would be the first to admit that a lot has changed since the 1983 Thousand Guineas, spending $500,000 on a horse like Missrock, for one.

“We’ve come up a rung or two in the past couple of years and I have some terrific investors who have faith in our operation,” Laing adds. “So, instead of sitting around salivating at sales like the Magic Millions or Easter, I can actually bid on horses like Missrock.

“I didn’t see her (Missrock) on the Gold Coast until she was in the ring but noticed that people like Hawkes and Freedman were bidding on her so that gave me the confidence to put my hand up at $475,000.

“She was passed in and when I went around to see (vendor) Cressfield, they were firm on $500,000 and I was happy to go the extra mile.”

With the prizemoney from the Percy Sykes now seeing Missrock’s earnings go to $500,500 (and immeasurable value as a broodmare) she is now favoured to go that extra mile in the Thousand Guineas too and give Laing further Group One glory, alongside stable stars such as Polanski, Roman Arch and Pantani.

And after what Missrock has been through, you get the impression that a Guineas is Laing’s idea of perfect bliss.

Hoofnote: In what may become a case of history repeating itself, Laing has also purchased the Frankel yearling from Buenos Aires for $500,000 after the colt had previously been passed in by Cressfield at last week’s Australian Easter Yearling Sale.