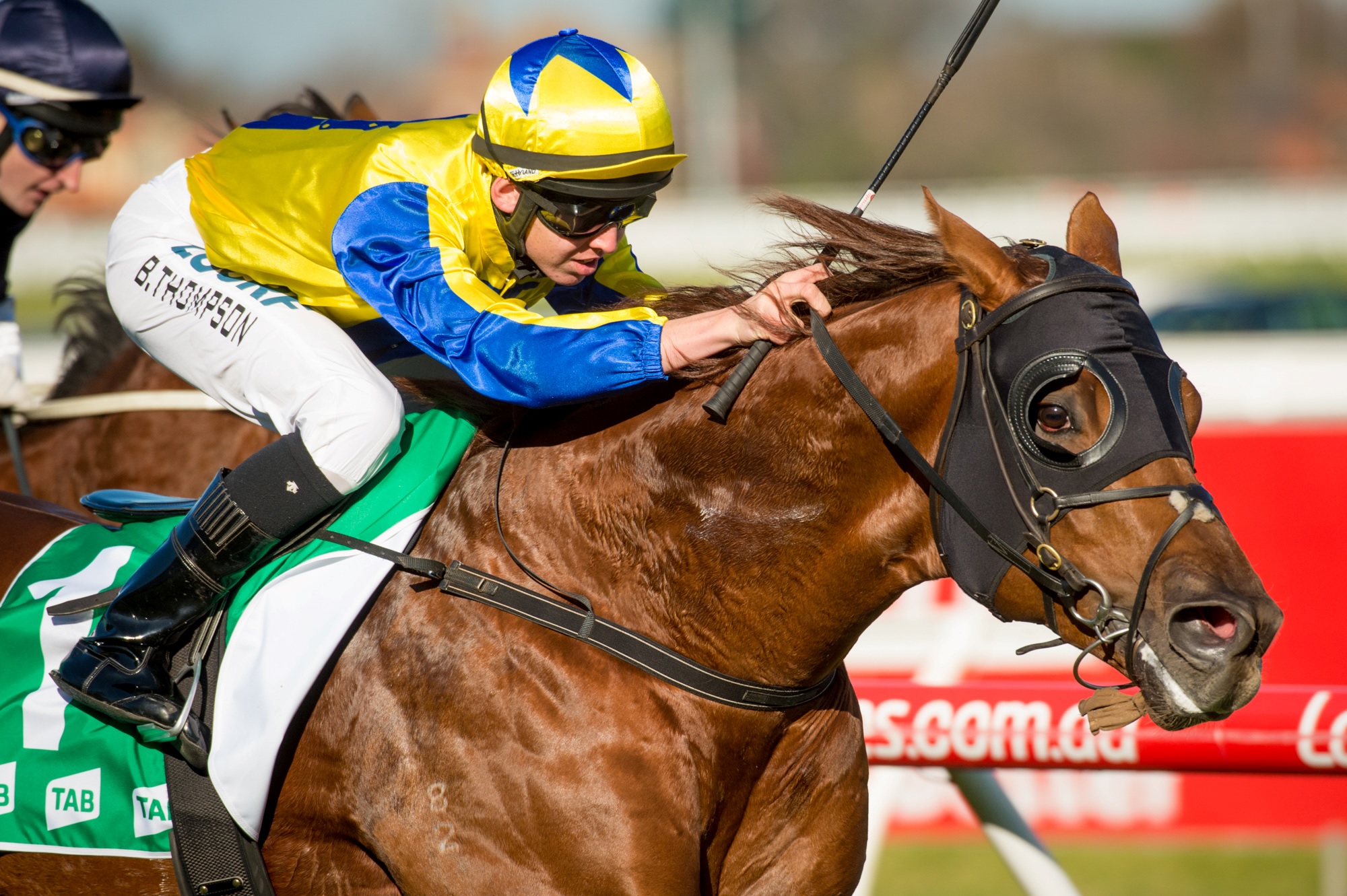 Brad Spicer was always going to take a look at the Starspangledbanner colt.

He looks at all of them. For starters, it’s his job.

As a leading syndicator, Spicer inspects the majority of yearlings presented at major auctions, but, truth be known, Starspangledbanner is much more than ‘work’.

After all, Spicer was a part-owner of Starspangledbanner and cheered the globe-trotting galloper home in races like the Caulfield Guineas, the Oakleigh Plate and, momentously, in Royal Ascot’s Golden Jubilee and July Cup at Newmarket.

So, at the 2014 Gold Coast Magic Millions Yearling Sale, Spicer made his way to the Three Bridges draft to look at a colt out of the well related Lure mare, She’s Alluring.

“This was from the first crop of Starspangledbanners bred in Australia and I had two picked out prior to the sale,” Spicer recalls. “One was the She’s Alluring colt and there was another colt out of Runaway Jesse.

“Mark’s colt – Of The Brave – won his first two starts, including a Blue Diamond Prelude and was favoured for the Blue Diamond, so I began to think I’d pulled the wrong rein.”

Fortunately for Spicer, it appears his colt – now racing as Mr Individual – is well on the path to Group glory this spring following an emphatic victory in the Jockeys Trust Handicap over 1400m at Caulfield on Saturday.

“It’s very exciting,” Spicer adds. “This was only his 10th start and fourth win – he is so much like the ‘old man’ … great walker, strong, plenty of good bone, very relaxed. If anything, he’s a bigger, stronger type than Starspangledbanner.”

Establishing Spicer Thoroughbreds 10 years ago, Spicer has had a long and close association with the Leon and Troy Corstens stable (as Racing Manager for a number of years) and Mr Individual adds to the rapidly growing list of Spicer winners, which also includes Group One winner, Commanding Jewel.

Unfortunately, one of the part-owners of both Mr Individual and Commanding Jewel – John Donegan – passed away in the early hours of Saturday morning.

“It was very sad,” Troy Corstens points out. “John was a really nice bloke and a great friend. Raced a lot of good horses with us.

“As for Mr Individual, we’ll let the dust settle but we’ll probably run him again in two weeks time and see where he goes from there. The horse has a really good, natural ability and if he keeps racing the way he did on Saturday, could definitely measure up to Group One class.”

If Mr Individual can ‘measure up’ it will mark another chapter in the remarkable comeback story that is Starspangledbanner.

Retired to stud in 2011 and due to shuttle between Coolmore Stud in Ireland and Australia, it was apparent early in the piece that Starspangledbanner was sub-fertile, producing just 33 live foals from his first Irish stint and 30 in Australia.

Not surprisingly, there were few takers for the 2012 season when he returned to Ireland and it was decided to put the stallion back in work.

That experiment failed and it was decided to give Starspangledbanner one more crack at stud – this time at Anthony Mithen’s Rosemont Stud in Victoria.

Winners do though and, as Kelsey Riley showed in a feature article for Thoroughbred Daily News last week, Starspangledbanner returned from seeming obscurity by producing a number of outstanding performers from his limited runners.

Indeed, Starspangledbanner’s first three runners in Ireland produced two Group Two winners and suddenly everyone began to notice. He now has four stakes winners and 38 winners overall at a strike rate of 70%.

Amazingly, by a strange twist of fate and in what Riley terms as “in defiance of all veterinary logic”, Starspangledbanner’s fertility has improved to the point where he has gotten no less than 91 mares in foal from his last covering stint in Ireland.

Starspangledbanner will stand the rapidly approaching season at Coolmore in Australia at a fee of $24,750 and based on current ‘form’ a lot more classy Individuals are poised to follow.