A Winning Journey To Tasmania 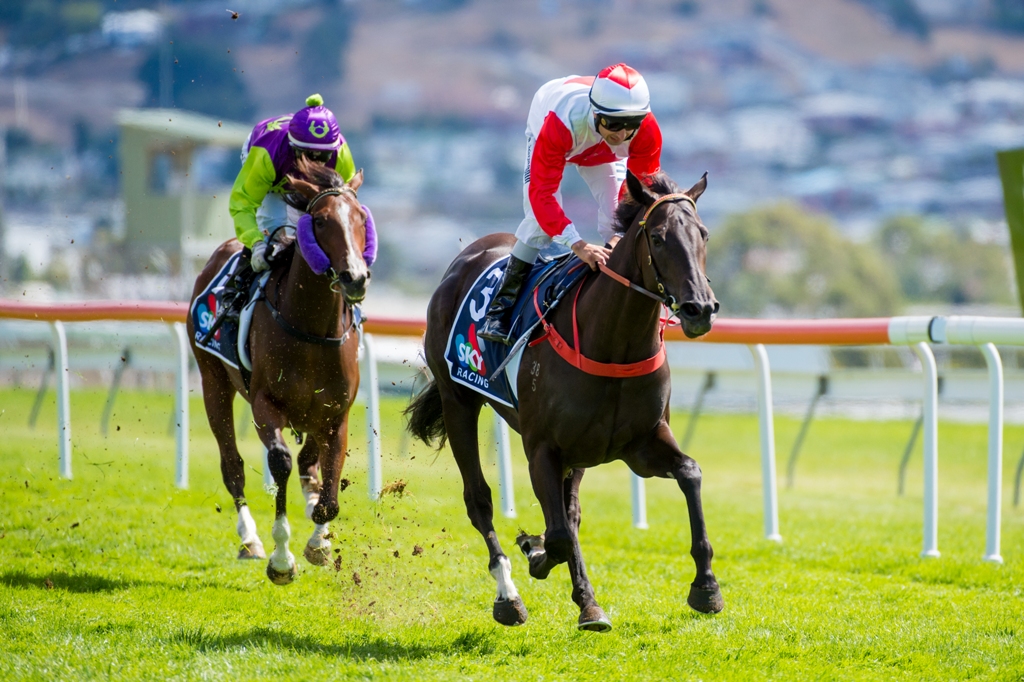 Zito is poised to sell – via the Armidale Stud draft – two yearlings at the 2018 Tasmanian Magic Millions Yearling Sale, both of which are closely related to boom 2YO filly, Mystic Journey, who made it three from three in Sunday’s Listed Sky Racing Elwick Stakes over 1100m at Hobart.

Trained by Adam Trinder, Mystic Journey was sold for just $11,000 at last year’s Tasmanian Magic Millions, but is every inch the racehorse with her all-the-way victory on debut at Hobart on New Year’s Eve followed up by another commanding victory at Launceston on 24 January, prior to her initial black type success in the Elwick.

For Zito and wife Peta, along with co-breeders Joe and Rhonda Cichello and John and Diane Button, Mystic Journey’s success could not have been more timely.

“We’re very happy for the owners, but it also underscores our relatively small breeding operation,” Zito explains. “I’ve been breeding for around 20 years and while we have a number of mares on the mainland, we’ve only got the two mares in Tasmania.

“We’re right into the linebreeding and both the yearlings to be offered on Thursday are linebred to Lady Giselle through a daughter and a son.

“Ours is only a ‘hobby’ operation as such but we’ve managed to breed some 80 winners over the years and have close to a 100% strike rate through linebreeding.”

Although faced with the daunting task of selling 38 yearlings on Thursday – Armidale Stud’s largest ever draft – David Whishaw is buoyed by recent developments in his home state and is confident of another strong sale.

“Tasmanian bred horses have shown in recent years just what they are capable of with the likes of dual Group One winner Palentino, Caulfield Cup winner, Mongolian Khan, The Cleaner, Kenjorwood, Hot Dipped, Hellova Street – who won his eighth stakes race (Thomas Lyons) on Sunday – and now Mystic Journey, all hailing from this neck of the woods,” Whishaw points out.

“Better still, the new TasBreeders incentive scheme kicks in from this year’s yearling sale with a $20,000 bonus attached to 72 races in the state if the winning horse is locally born or raised.

“The scheme will not only create scores of jobs in the breeding and racing sectors, it’s also a boost for people like Ralph and his crew who will automatically get $4,000 as the winning breeders of one of those races, or $20,000 if they decide to race the horse themselves.”

“He has certainly gotten off to a great start,” Whishaw adds. “Pateena Arena, who is from his first crop and won last year’s Elwick, was Tasmania’s Champion 2YO last season and it appears Mystic Journey will get the title this season as well.

“That’s a pretty big effort from a stallion who hasn’t had many mares and, for all intents and purposes, was more likely to get progeny that showed their best at three and four.

“Let’s put it this way, on the back of Pateena Arena and Mystic Journey, it’s good to have 14 by Needs Further in our draft and 22 for the sale overall.”