Native Soldier Belongs To Many 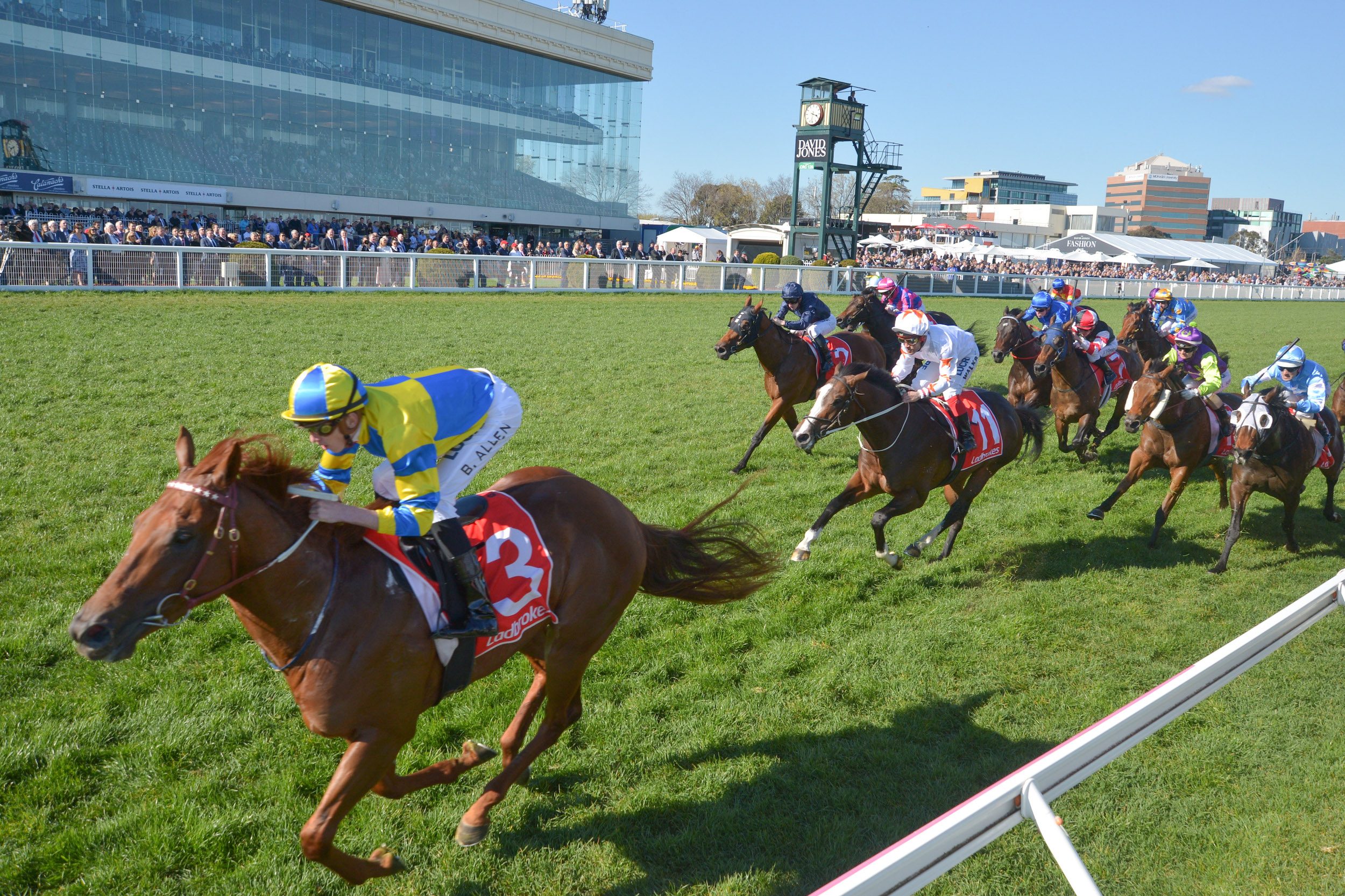 As far as dress rehearsals go, it was a solid effort. The Darren Weir trained, Native Soldier, might appear to have been shortening stride at the end of the 1400m in Sunday’s Group Three Ladbrokes Caulfield Guineas Prelude, but his large group of owners were just starting to pick up the pace.

And yes, while some of those ‘jockeys in the stand’ had pulled the whip long before actual pilot, Ben Allen, went for his persuader, Native Soldier held on gamely to record a solid victory.

Native Soldier will now head back to Caulfield on Saturday week for a tilt at the $2 million Caulfield Guineas and regardless of whether the colt can run out the testing ‘mile’, he has already given owners plenty of yarns to tell the grandkids.

Sourced from the Baramul Stud draft – for $160,000 – at the 2017 Gold Coast Magic Millions Yearling Sale, Native Soldier was selected by astute agent, John Foote, on behalf of Weir and has since gone on to win four of his nine starts – along with two further placings – for $279,600 in stakes.

Native Soldier is one of 10 stakes winners for Darley’s 4-time Group One winner, Sepoy, while the flashy chestnut is out of the Belong To Me mare, Belong To Many, a 4-time stakes winning sprinter, who led throughout to capture the 2008 Group Two Blue Sapphire Stakes at Royal Randwick.

Given those obvious speed sources and the race’s reputation as a ‘sire-maker’, a win for Native Soldier in the Caulfield Guineas would see his value soar into the millions and prove that lightning can indeed strike twice.

“There’s about 12 of them in the (Native Soldier) ownership and it’s largely the same group that were in (dual Group winner) Stratum Star, and are also in (multiple city winner) Thunder Cloud and the promising stayer, Euroman, along with a couple of other youngsters coming through,” Weir points out. “They got into Native Soldier at $16,000 per 10% share, so if you thought they were happy on Sunday, imagine how they’ll feel if they can win the Guineas!”

(A son of the ill-fated Stratum, Stratum Star won the Sir Rupert Clarke Stakes and Kingston Town Classic, over $2.4 million in stakes and entered Widden Stud last season at a fee of $11,000 inc. GST).

And while Native Soldier’s ‘dapper dozen’ were in full voice – there looked to be a lot more than 12 owners at Caulfield! – the colt’s dam, Belong To Many, lived right up to her name as a racehorse too.

Purchased by Shelley Hancox for just $20,000 at the 2005 Inglis Melbourne Premier Yearling Sale, Belong To Many was one of six horses packaged up by Hancox and distributed among 800 owners. Yep, 800!

Sent to stud in 2010, Belong To Many produced three foals (including eventual multiple city winner Majestic Lass), before being offered at the 2014 Magic Millions National Broodmare Sale (while carrying Native Soldier!), where she was purchased by Gerry Harvey’s Baramul Stud.

Covered by I Am Invincible in the three seasons hence, she has a 2YO filly (We Are Many) and a yearling filly before missing last spring.