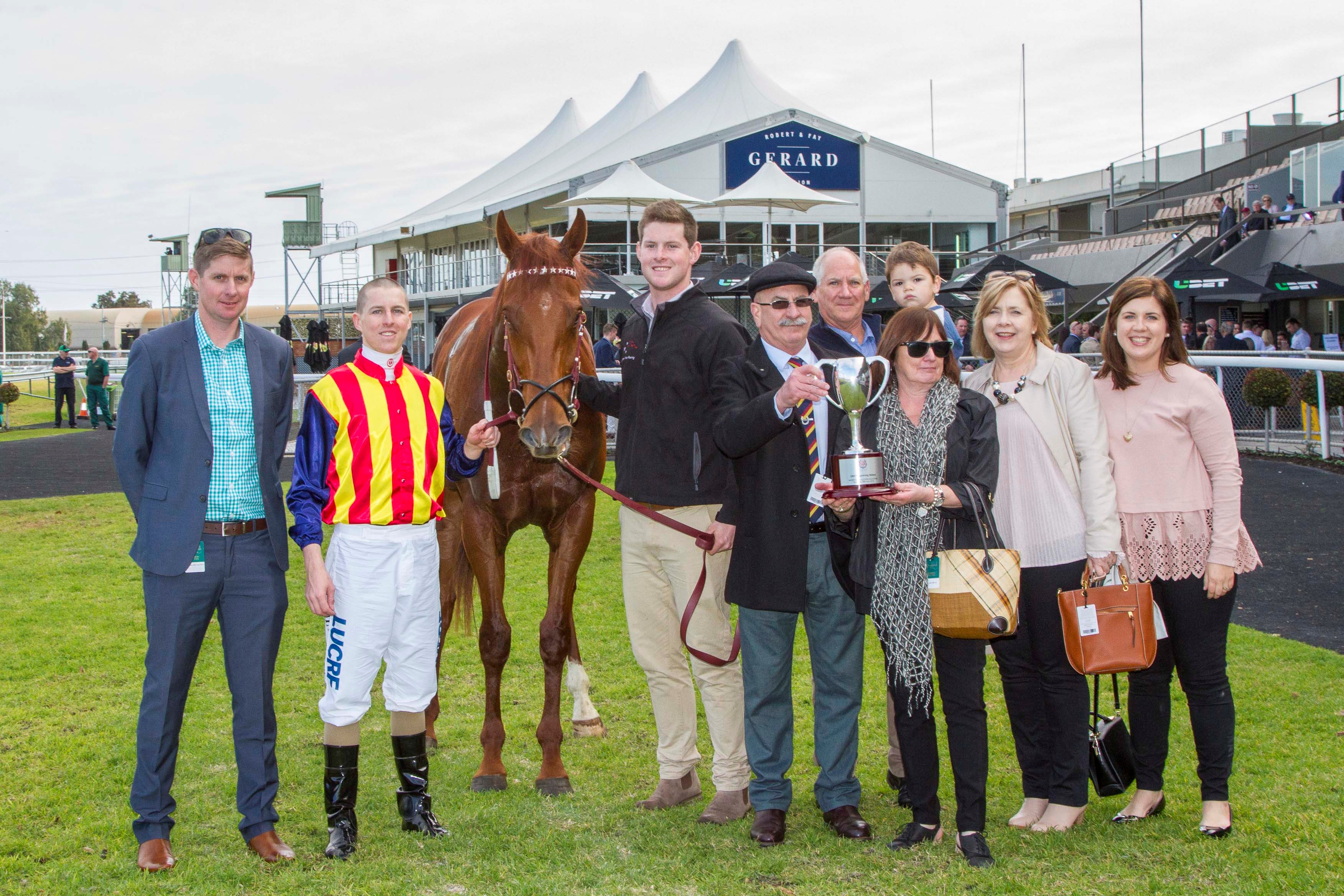 What a way to finish off black type racing for the season! Saturday’s Listed UBET Lightning Stakes over 1050m at Morphettville fielded seven runners, but was largely billed as a match race between Nature Strip and Sunlight.

However, it turned out to be Nature Strip versus daylight as the boom sprinter raced away to score by six lengths in an awesome display of firepower.

To be fair to Sunlight, the Magic Millions 2YO Classic-Silver Slipper-Magic Night winner was having her first run since a third in March’s Golden Slipper, but she ran into a very good one at Morphettville.

As one form analyst observed, Nature Strip “blew the clock apart” and, although questions remain as to how the flashy chestnut would fare against the more seasoned, Group One performers, there is little doubt he is a rising star of Australian racing.

The Lightning was just Nature Strip’s 10th outing – which now includes seven wins and two placings for $571,085 in stakes – but the ‘watch me’ tag has stuck since at least his Inglis Dash victory at Flemington in January.

And the hype has only intensified in his last three runs where he won by over four lengths at Flemington in June, followed by a ‘subdued’ Listed Creswick victory on 7 July and now the Lightning.

At the time of going live, Nature Strip had yet to take up either of the two remaining ‘slots’ for October’s $13 million The Everest, but has nevertheless been installed on the fourth line of betting with online bookmakers.

Trainer Darren Weir, who watched the race from Caulfield, said “it was a terrific run and will give a lot of people something to think about.

“I was a little bit nervous when he got away slowly and the filly (Sunlight) went straight to the front, but then he went around the corner and let it rip. He was always going to be hard to run down from there. There wouldn’t be many faster horses, so once he learns to get it all together and switch off, the 1200m won’t be a problem for him.”

Rod Lyons, meanwhile, has raced quite a few good horses over the past 50 years or so including 5-time Group One winner, Elvstroem, Doomben 10,000/Goodwood winner, Super Elegant (“probably my all-time favourite”), Under the Louvre (Stradbroke), Lucky Secret and Toast of the Coast, but there’s no mistaking his excitement at Nature Strip’s obvious potential.

“(Jockey) Damien Lane told me that his cruising speed is simply phenomenal … he just ranges up alongside them and goes ping,” Lyons enthused. “I’ve been all over the place with my horses and lucky enough to have some good ones – and some very slow ones! – so you try not to get too carried away, but this horse (Nature Strip) could be a super sprinter for years to come.”

Originally passed in for $90,000, off a reserve of $120,000, at the 2016 Inglis Melbourne Premier Yearling Sale, Lyons explains that he secured 75% of the horse for himself and close mates after meeting up with Robert Smerdon in Adelaide.

“Rob told me that the horse had already been broken in and he had a huge impression of him,” Lyons points out. “He said you’ll get your money back in the blink of an eye, but then he went shin sore and had to be gelded and didn’t end up racing until he was a spring 3YO.

“He won his first race at Mornington but it was his next start at Moonee Valley that really made us sit up and take notice. He actually got beaten at the Valley (finishing a long neck second) but his sectionals were incredible.”

Lyons also revealed that Nature Strip had taken no harm from Saturday’s outing and it’s all systems go for a big spring.

“Darren (Weir) told me that the horse is back from Adelaide and hasn’t missed an oat since the race and, in fact, was having a swim this (Monday) morning,” Lyons adds.

“Regardless of whether or not we get a start in the Everest – and hopefully we do – there are some very good races coming up like the Moir or the Manikato and I’m confident you’ll see an even better horse as he continues to step up.”

Nature Strip is one of 16 stakes winners for the Widden Stud based, Nicconi, who is fully booked this season at a fee of $24,750.

The sire of star performers Chill Party, Faatinah, Nicoscene, Sirconni, et al, Nicconi’s own victories included the Group One Galaxy and Group One Lightning Stakes and Nature Strip hails from his fourth crop.

(The Listed Lightning result proved to be bittersweet for Widden as the famous nursery bred Sunlight and stands her boom first season sire, Zoustar, while Katie Thompson, wife of Widden Stud principal, Antony, is also a part-owner).

Bred by Golden Grove Thoroughbreds, Nature Strip is the third winner (and sixth foal) for Desert Sun’s multiple stakes winner, Strikeline, whose other runners include the Sydney 2YO stakes winner, The Barrister, who currently races in Hong Kong as High Volatility.