New Star For The Hall Of Fame 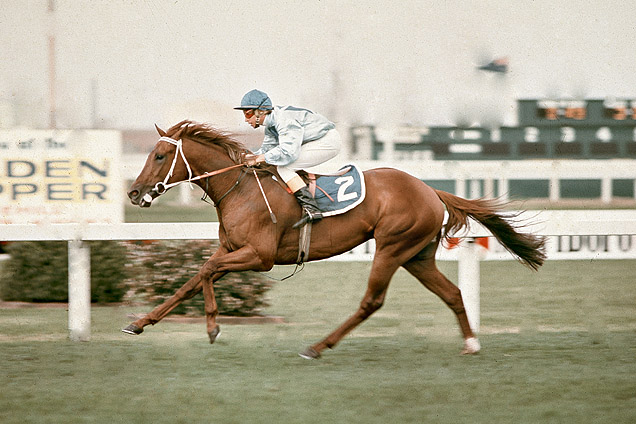 At a gala ceremony in Adelaide last week, several new members were inducted into Australian Racing’s Hall of Fame.

Naturally, the four legged stars were honoured as well with Sydeston, Merman and Leilani deservedly gaining admittance among the elite, but there was also a horse from the NSW coalfields that many will remember not just for racetrack deeds, but for his legacy as a stallion as well.

Luskin Star was a freak of nature. In 1977 he would set the racing world alight with victories in the Golden Slipper, AJC Sires’ and Champagne Stakes, becoming only the second horse behind Baguette to win Sydney’s 2YO Triple Crown, but the first to win it over the 1200m, 1400m and 1600m distances.

And it wasn’t just the wins, it was the way he won.

Newcastle trainer, Kris Lees, was only six years old at the time but remembers well the impact it had on his father, Max, who trained the wonder horse after buying the colt on behalf of an ownership group which included breeders Jim and Marea O’Neill.

“He (Max) had not long been training – five years or so – when Luskin Star came along,” Lees recalls. “He’d already had a Villiers winner (Top Wing) so he wasn’t a complete unknown, but Luskin Star really put him on the map.

“At his first start, they split the Breeders’ Plate into two and Luskin Star came out and won his division by around 12 or 13 lengths.”

Luskin Star would go on to win the Slipper by seven lengths with the beaten brigade that day including Blazing Saddles (who won five black types at two including the Blue Diamond) and Mistress Anne (winner of the Oakleigh Plate and a Galaxy) who led them for home before wilting.

Luskin Star would then win the AJC Sires’ in record time and the Champagne by six.

As a 3YO, Luskin Star captured the Caulfield Guineas, The Galaxy, an Expressway and Phar Lap Stakes before retiring with 13 wins and three seconds from 17 outings.

Luskin Star was retired to Newhaven Park in 1978 and was almost an immediate success with four stakes winners from his first crop and five from the next. A very good strike when you consider those first two springs yielded just 56 runners (50 mares was a big book back then!).

Among his 31 stakes winners were Flying Luskin, Midnight Fever, Nick’s Joy, La Caissiere, Startling Lass and Swiftly Carson, but more importantly his impact is still being felt today with mares like multiple Group winner, Bold Promise, the dam of three stakes winners in her own right and third dam of 2016 Golden Slipper winner Capitalist.

Luskin Star would remain at Newhaven Park before being euthanised – rising 28 – from an arthritic problem in the very legs that carried him to greatness a quarter of a century earlier.

A star in every sense of the word.