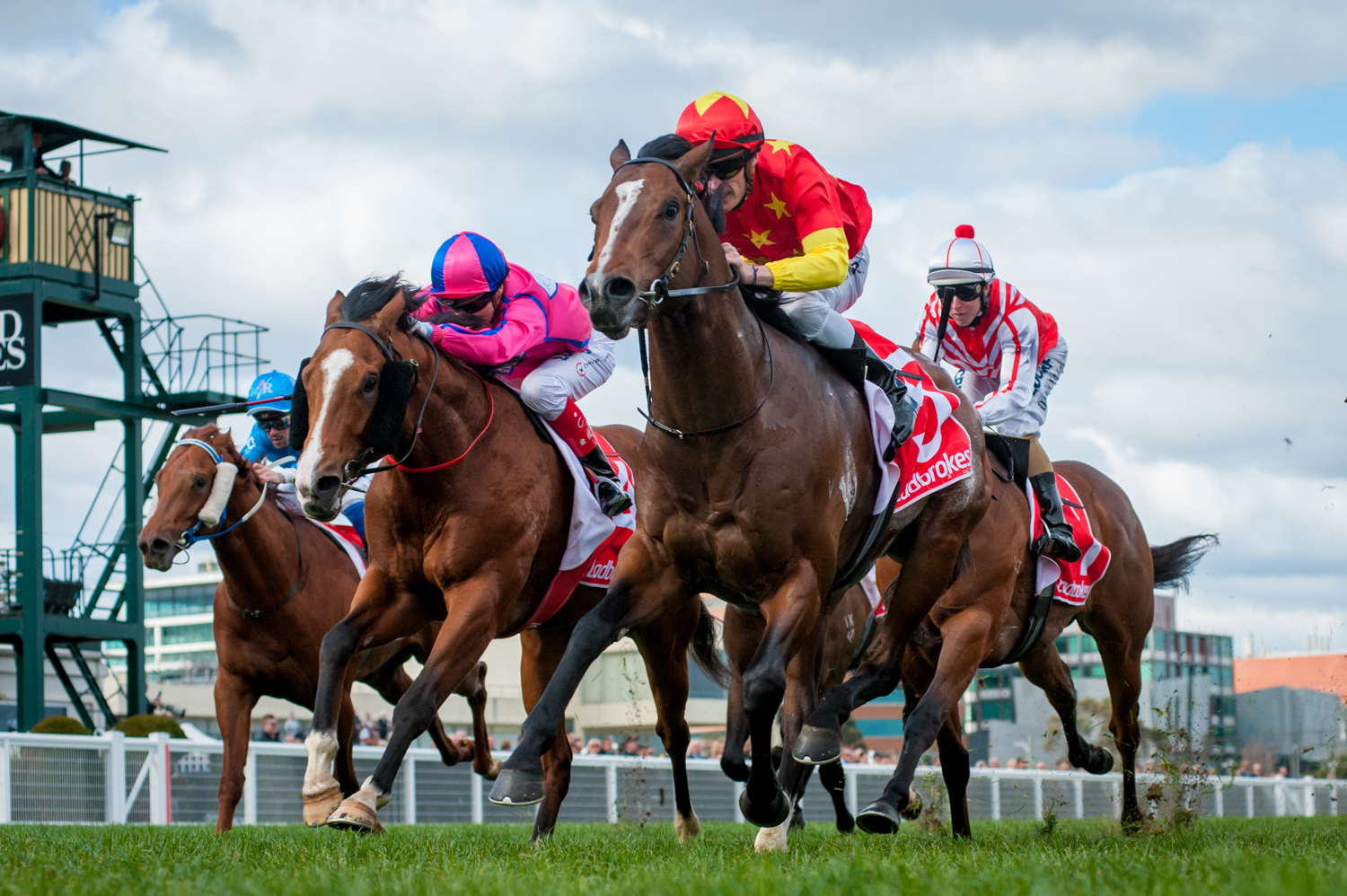 A lot can happen in 20 minutes. Newgate Farm’s Henry Field was clearly hoping that Capitalist, the Golden Slipper winner and exciting stallion prospect, would return to racing in the Group Three San Domenico Stakes at Rosehill with a resounding victory. He didn’t.

Meanwhile, with barely time for a decent post mortem, the promising colt, Russian Revolution was heading around in the Group Three Vain Stakes at Caulfield. The son of Snitzel is raced in partnership (among others) by the China Horse Club and Newgate and they were hoping he would maintain his unbeaten record with a resounding victory. He did.

“It was some win,” a happy Field concluded. “The Snowdens have always had a huge opinion of Russian Revolution since he was purchased at Easter last year for $320,000.

“He’s shown electric speed from very early on and while he got a bit lost at his first start, he managed to break the class record for 1200m at Randwick at his second start. And now of course he stepped up again to win at Group Three level on Saturday.

“I’m not sure where he’ll go from here. Perhaps the (Group Three) McNeil Stakes at Caulfield in a fortnight or maybe he’ll go for a spell and be brought back for some major sprints in the autumn. He’s been up for a long time now and this is his first racing prep after all. He’ll tell us whether it’s right to race on or head to the paddock, but he certainly appears to have a very promising future.”

And that future, for Newgate at least, doesn’t revolve exclusively around Capitalist or Russian Revolution.

“We have had some successful racing partnerships in 2016 that will ultimately impact upon our breeding operation,” Field adds. “With James Harron we purchased Capitalist and another promising colt in Mediterranean who was only just beaten last week in the (Listed) Rosebud at Randwick, while our association with the China Horse Club has been extremely fruitful as well. Aside from Russian Revolution, we also race Taj Mahal with the China Horse Club along with Blue Diamond winner, Extreme Choice.”

Another of their partnerships is the now retired, Super One, who joined the now 9-strong roster at Newgate Farm this spring.

“Well done to China Horse Club … they have definitely made a lot of impact in a fairly short time.”

Vinery’s Adam White was one who is hardly taken aback with the rapid rise of Russian Revolution.

Vinery sold the colt on behalf of breeders, Brian and Noela Backshall, and as White points out: “He (Russian Revolution) was always a nice colt – typical of Snitzel. Great walker. Brian and Noela have been long-time clients of the farm and it was great to see him get that money for them and it’s not surprising he found a good home.”