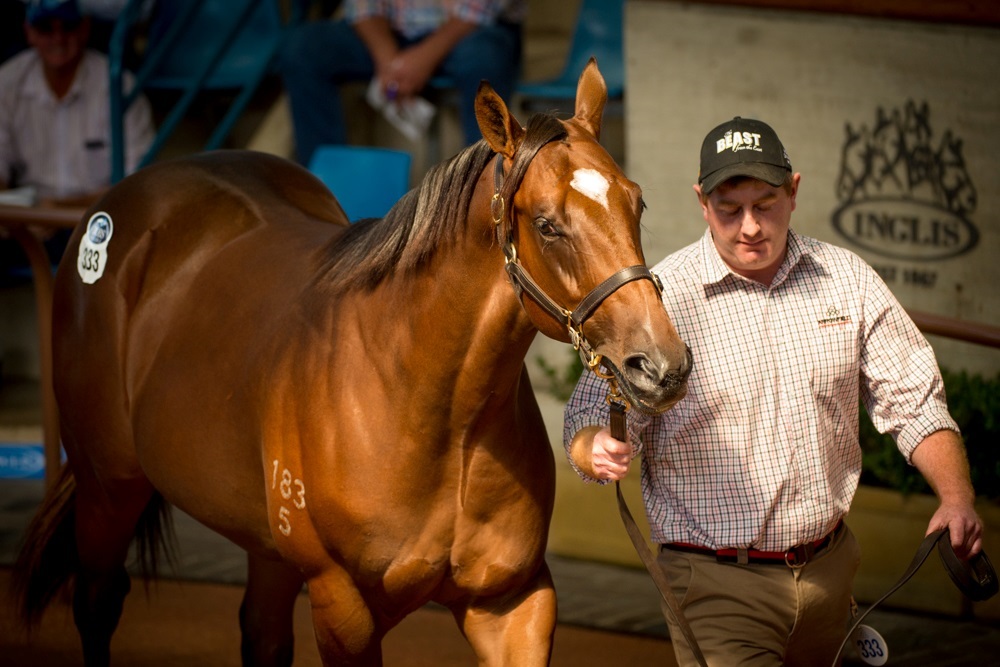 The 2017 Inglis Australian Easter Yearling Sale will be remembered for a whole range of reasons … the final Easter at Newmarket … over $100 million in turnover … the ‘battles’ for 17 millionaires … a $1.8 million filly on day one being outdone by a $2.4 million colt on day two before being tipped out by a $2.5 million colt on the third and final.

Nor clearly, was the competition.

Spendthrift Australia’s General Manager, Gary Cuddy, sums up the hurdles that needed to be jumped to play at the top end.

“We (Spendthrift) are always on the lookout for athletic colts with a stallion’s pedigree,” Cuddy points out. “Obviously the hardest part is then getting them to win black type, but buying them is no walk in the park either.

“Coming into Easter we’d identified two colts as real stand outs. One was the Sebring from Stellar Vinia, a half brother to a multiple Group winner in South Africa (Australian-bred, Ektifaa) that we ended up buying for $1.4 million.

Ultimately, top end interest – both in terms of scoresheet and buyers’ location – had a huge impact on Easter with northern hemisphere participation at an all-time high.

The top three buys were divvied up between investors (and partnerships) from Dubai, Ireland, North America and China, while Hong Kong based, George Moore, paid the fourth highest price ($1.7 million) for a half brother to Havana. Furthermore, Domeland and China Horse Club both signed for seven figure yearlings.

And while several others are likely to have been purchased on behalf of international owners, over 50 of the 304 sold were sold to Hong Kong, with yearlings also finding new homes in Japan, New Zealand, France, Singapore, South Africa, Macau and the United Kingdom.

Denise Martin ended up with three from Easter, but admits it was tough going: “The international buying bench was incredible,” Martin points out. “The level of quality was still there but from a much smaller catalogue this time around … it all made for some intense competition.”

“Very strong. There were a lot of people with a lot of money,” Yarraman’s Harry Mitchell adds. “They wanted the best and were prepared to pay for it.”