No Doubt About Sire’s Swoop 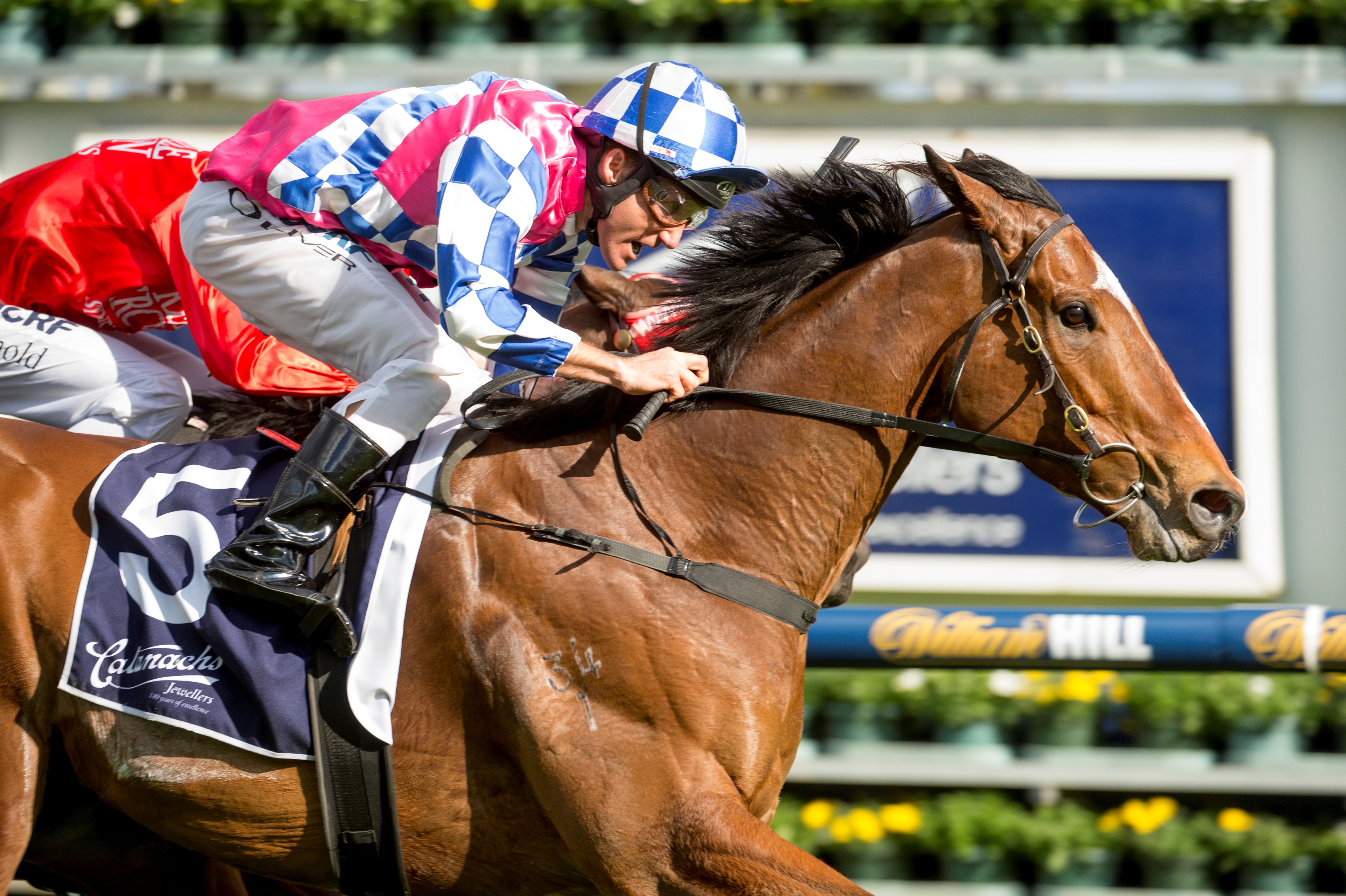 With 11 stakes winners this season, including a black type double on Saturday, Not A Single Doubt clearly has universal appeal.

Indeed, the $850,000 paid for one of his colts at last month’s Inglis Australian Easter Yearling Sale would testify to that.

However, if they decided to put another poll in the field in Canberra, Not A Single Doubt’s popularity in Australia’s capital would be hard to top.

Canberra trainer, Nick Olive, notched up his first Group One success when stable star, Single Gaze, captured the Vinery Stud Stakes at Rosehill in March for Not A Single Doubt, but this time the spotlight was firmly on fellow ACT trainer, Matt Dale, following Fell Swoop’s  impressive score in Saturday’s Group Two Victory Stakes at Doomben.

A trainer in his early 30s, Dale had previously produced a couple of stakes winners, but Fell Swoop (pictured) has quickly moved to the top of his tree, winning eight of his 13 starts prior to Saturday.

Included among those wins were consecutive black type successes in the The Cup Club Stakes and Testa Rossa Stakes in Melbourne last September, but this Autumn – while thrilling – hasn’t been without its frustrations: a lip second to Flamberge in the Group One Oakleigh Plate in Melbourne and then a second behind Chautauqua in the Group One TJ Smith in Sydney.

But it seems the further Fell Swoop moves up the map, the greater the luck with Dale now mapping out an ambitious program for his stable star, including the Group One ‘trifecta’ of BTC Cup, Doomben 10,000 and Stradbroke Handicap.

It’s heady stuff for Dale who purchased Fell Swoop as a yearling for just $45,000 from the Dartbrook Downs draft at the 2013 Inglis Sydney Classic, which was money well spent given that the Victory victory has now taken the four year old’s earnings to over $1 million.

And while Dale might not have the same brand recognition as leading trainers from Sydney and Melbourne, he can justifiably lay claim to being among the most successful trainers of the Not A Single Doubts with nine of the sire’s progeny winning for Team Dale.

As for Not A Single Doubt, this has been a season without parallel – Blue Diamond winner, Extreme Choice, Clearly Innocent, Don’t Doubt Mamma, Southern Legend et al – but in the early days of his stud career it appeared as if it could be touch and go for the Redoute’s Choice stallion.

Anticipating he would have early runners, it wasn’t until first crop son, Doubtful Jack won black type as a winter 3YO (July 11, 2010) that Not A Single Doubt realised stakes success, but Arrowfield Stud, which stands the stallion, have never been … well, doubters.

“This has certainly been a breakout season for Not A Single Doubt, but it surprises us less than others because, firstly, we’ve always believed in him, and secondly, he’s been building up to this level of achievement for several seasons,” Arrowfield’s Bloodstock Manager, Jon Freyer, points out. “It’s worth noting that eight of Not A Single Doubt’s 11 stakeswinners this season are two- and three-year-olds, which hail from the first two books of mares he served at a fee above $12,500 … a fee that applied for his first six seasons at stud.  That shows me he’s capitalising on the lift in mare quality, which augurs well for what he’s going to do next.”

Freyer was understandably buoyant given that Not A Single Doubt produced a stakes and Doomben double on Saturday with Into The Red winning the Listed Bribie Handicap earlier in the day.

“This was the second same-day, same-track double this season after Good Project and Let It Slip both won at Ascot on 21 November,” Freyer added.

Definitely a day for the doubters.