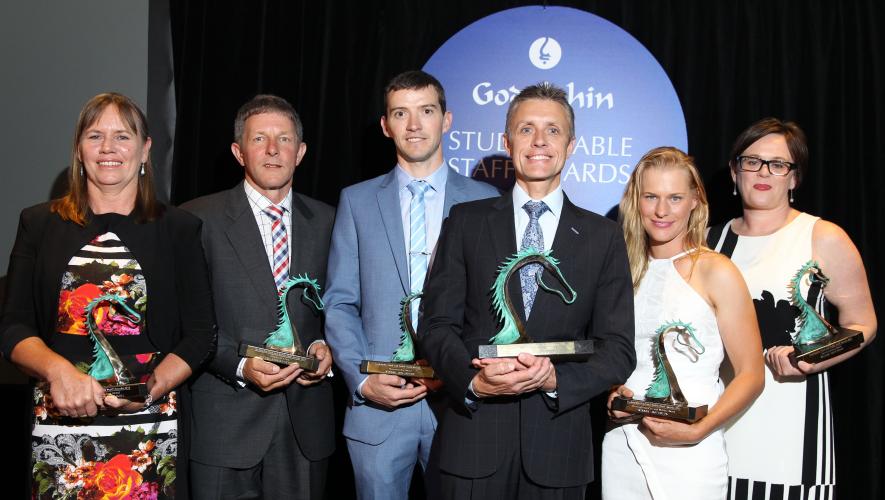 Stud and stable staff are often the unsung heroes of the thoroughbred industry.

Working diligently behind the scenes, they are responsible for helping keep the cogs turning or, in our case, the legs running.

The winners of each of the categories receive a cash prize of $10,000 and a specially commissioned trophy, while the runners up receive $1,000 each with a further $3,000 going to the winner’s stable or stud.

Don Healy, from Griffiths Racing, was acknowledged in 2015’s inaugural awards for his contribution to “Administration” and is still, some nine months on, “really chuffed” at getting the nod.

“I didn’t even expect to get nominated, let alone win,” Healy recalls. “It’s a tremendous honour and I applaud Godolphin for showing such initiative.

“I’ve been with Robbie (Griffiths) for 25 years … since the start. He kicked off with just four horses and there are now around 60 to 65 in work at the Cranbourne stables.

“It’s been a tremendous season: apart from the Godolphin award, Robbie also trained the winner of the Newmarket in The Quarterback. It’s not a year I’ll forget in a hurry.”

Underscoring the diversity of the nominees, Healy is, by his own admission, no spring chicken, but is quick to point out that his role is not just confined to sitting in front of a computer.

“I was involved with the building of the new stable, but I also saddle up at metrop meetings on a Wednesday or Friday nights and there’s quite a bit of ‘hands on’ work required.

“This is a fantastic initiative and on behalf of the industry, we’d like to thank Godolphin for their incredibly generous support,” Thoroughbred Breeders Australia Chairman, Basil Nolan, enthused. “It is very important that we recognise the men and women who are the backbone of racing and breeding in this country and the Godolphin Stud and Stable Staff Awards provide a great platform to celebrate their efforts.”

All trainers, owners, managers and colleagues are encouraged to nominate someone whom they deem worthy of recognition and an entry form can be found on the GSSSA website: http://studandstablestaffawards.com.au/nomination-form/.