Nothing Sour About Win Of Segenhoe’s Curdled 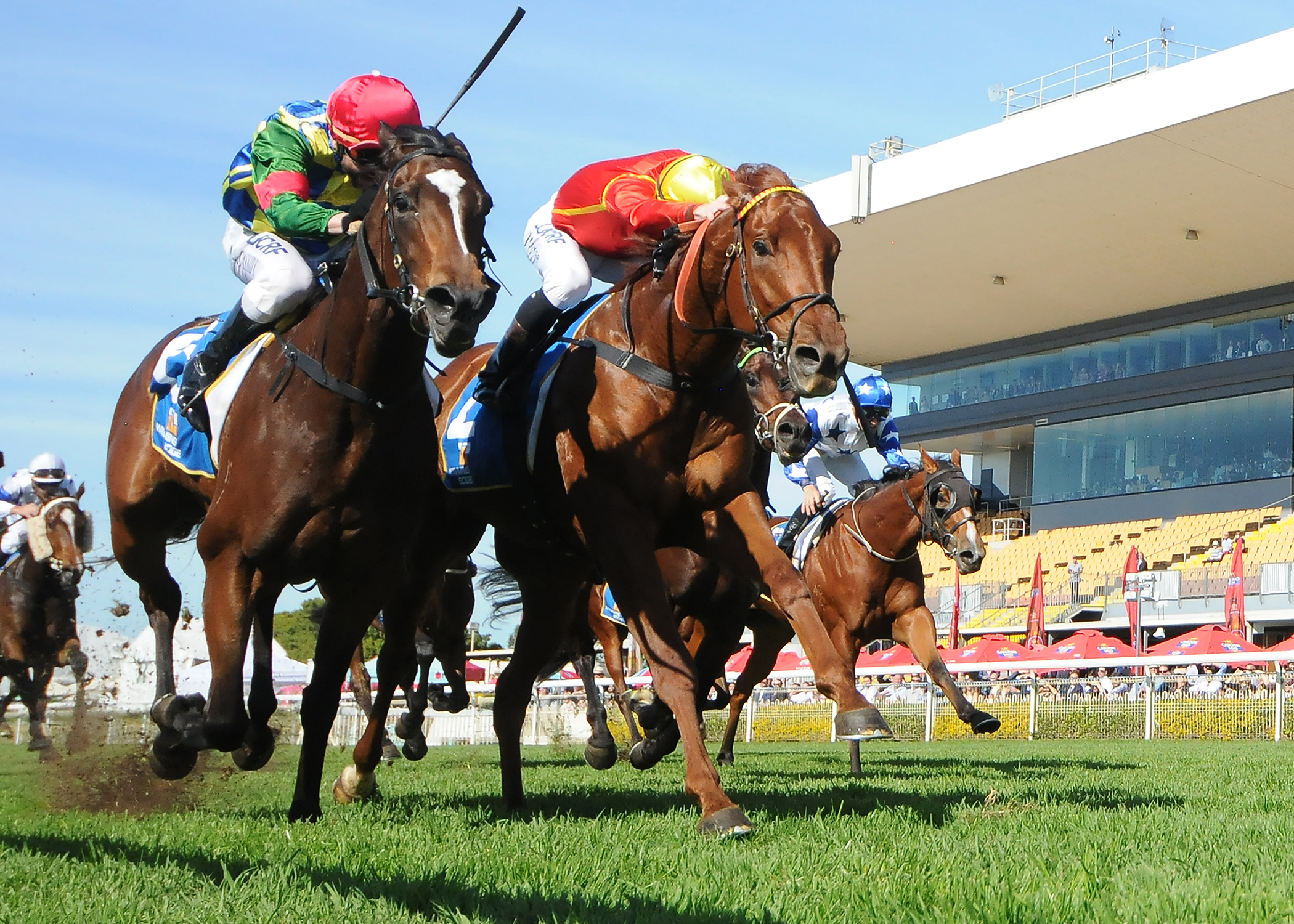 According to Merriam-Webster, ‘curdle’ means to sour … to spoil.

The Segenhoe Group bred and owned, Curdled, looked anything but sour when he won Saturday’s Listed Winning Edge Stakes over 1350m at Doomben in a head bobber and, while we’re confident the 2YO got many congratulatory pats after the race, he doesn’t look spoiled either.

It was some performance by the All Too Hard youngster. Despite a wide draw and spirited competition from Marseille En Fleur all the way down the Doomben straight, Curdled wasn’t going off this time and got the verdict right on the wire.

It was a deserved victory for Curdled who had run placings at four of his previous five outings and wasn’t going to be denied in his first tilt at black type.

Segenhoe’s Racing Manager, Bill Mitchell, said that Curdled would now be sent for a spell, but the win had opened up a number of options for the youngster: “He’s a progressive horse who should develop into an even better 3YO and we’ll look toward to some good races for his next campaign.”

Another of her daughters, Brulee, was stakes placed in the same race last winter when beaten a lip by Cellarman.

A juvenile stakes winner in her own right – winning the Oaklands Plate in Adelaide – Custard was also bred by Segenhoe, who then sold her to James Bester for $250,000 at the 2008 Inglis Australian Easter Yearling Sale, only to buy her back for $575,000 at the 2012 Inglis Broodmare Sale.

Segenhoe thought it had sold Curdled as well when he was consigned to the 2016 Gold Coast Magic Millions Yearling Sale and knocked down to Shadwell Stud for $300,000, but unfortunately (fortunately?) the then colt failed the scope.

“He (Curdled) is a beautiful horse,” Segenhoe’s General Manager, Peter O’Brien, points out. “He was getting heavy and that’s why he ended up being gelded, but is clearly a very promising horse.

“His dam certainly produces some outstanding types. Custard has a weanling colt that’s a very neat horse and we’ll be making a decision soon as to which sale he goes to next year.

“She is now back in foal to Fastnet Rock and that’s another decision we’ll have to make as to where she goes this spring.”

Curdled’s Winning Edge was also the initial stakes victory for Vinery Stud’s first season sire, All Too Hard, a 4-time Group One winning half brother to the legendary Black Caviar.

“All Too Hard is now delivering on the promise he showed early in the season,” Vinery Stud’s Adam White enthused. “As a racehorse, his natural talent allowed him to do what he did as a juvenile and of course he was a champion at three.

“So, it’s no surprise to us to see his progeny starting to feature more as we draw closer to their 3YO season.

“I have to say, the biggest positive for us has always been the comments coming from trainers. They reckon the All Too Hards have great attitudes and are easy to deal with, which is why we saw so many hit the track for educational runs early and are now returning much more advanced.”