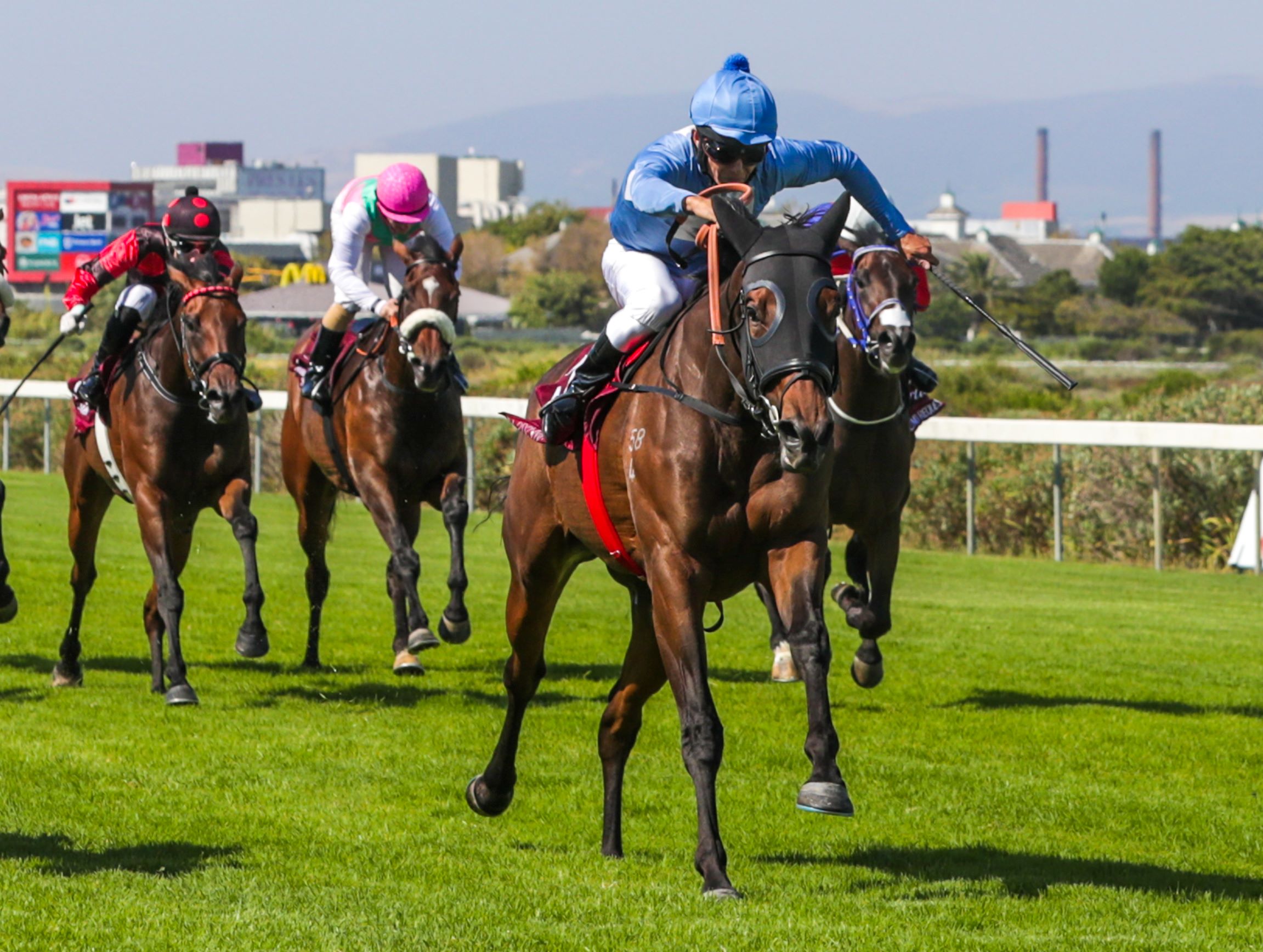 Australian-bred Oh Susanna reminded everyone again on Saturday why she was named South African Horse of the Year in 2017/18, by capturing the prestigious Group One Paddock Stakes over 1800m at Kenilworth.

Oh Susanna would then go on to win the Group One Sun Met and, in the process, become the first 3YO filly in 113 years to achieve the feat. Resuming 126 days later and lugging 60kgs, Oh Susanna capped off her remarkable season with a victory in the Group One Woolavington 2000.

Originally purchased for $US2 million in North America, Sharp Susan was later secured by leading agent, Badgers Bloodstock, on behalf of Rupert for $1,050,000 at the 2012 Inglis Broodmare Sale.

And now her daughter Oh Susanna – a household name in South Africa – could be poised to cover herself in glory back where it all began.

Courtesy of her Paddock victory, Oh Susanna has been assured a start in the Group One Breeders’ Cup Fillies & Mares race on turf at Santa Anita in November as part of the ‘Win and You’re In’ challenge series.
Speaking on behalf of Drakenstein’s owner, racing manager Kevin Sommerville said that Oh Susanna had well and truly earned her spot in the Breeders’ Cup, but it was no certainty she would make the trip.

“A decision will be made on her next start over the next couple of days but the obvious choice is that she will attempt to go back to back in the Sun Met which will be run on 26 January,” Sommerville reveals. “We’ll then have a sit down to determine what happens from there. Ultimately the decision belongs to Gaynor Rupert, but we still have some serious issues here in South Africa regarding quarantine laws so it’s no guarantee Oh Susanna will go (to North America).

“It’s quite frustrating really because the Paddock win shows just how worthy a contender she would be for the Breeders’ Cup, as would the (Group One) Queen’s Plate winner, Do It Again, who was raised at Drakenstein Stud.

“Quarantine concerns make it that much harder, but it’s still a possibility. Everything’s on the table.”

(Do It Again edged out Australian-bred, Champion South African 2YO Colt, Soqrat in a Queen’s Plate thriller immediately following the Paddock Stakes. It was the Shadwell Stud bred and raced youngster’s first tilt against weight for age rivals).

Meanwhile, after producing a Fastnet Rock filly in 2016, Sharp Susan was exported to Ireland where she has a Galileo filly and is in foal to Frankel.

“Gaynor has a real vision for the industry and has steadily built up her broodmare band from just a couple of mares when Drakenstein first started in the mid 2000s,” Sommerville enthused. “Although Sharp Susan is now in Ireland, her Fastnet Rock filly, Fast Susan, is likely to stay in Australia.

“Unfortunately, Fast Susan suffered a bad injury as a weanling so is unlikely to ever race, but hopefully she’ll one day become a broodmare, particularly in light of what Oh Susanna is doing!

“Drakenstein Stud also has the Exchange Rate mare Greta G, a Group One winner in Argentina, that has been moved to Australia, while here on farm we’ve got the Australian-bred Dubawi mare, Happy Archer, who won two Group Ones in South Africa.”

It proved to be another successful weekend for Australian-breds with the Ricky Yiu sourced and trained, Jolly Banner winning the Group Three Bauhinia Sprint Trophy over 1000m at Sha Tin on Sunday.

It was some win! Despite starting the rank outsider, Jolly Banner was squeezed at the jump and settled at the tail of the field … and was still four lengths last at the half way point. Picking up the pace with 200m to go, Jolly Banner eventually ran out the winner with a panel to spare.

Now boasting a record of seven wins and 12 placings from 29 starts for $1.75 million in prizemoney, this was the first stakes victory for Jolly Banner, a 7YO gelding by Lonhro from the Jade Robbery mare, Valkyrie Diva.

Bred by Victoria’s Makybe Racing and Breeding – who is having a magic run in Hong Kong after home-bred, Mr Stunning, won the Group One Longines Hong Kong Sprint in December – Jolly Banner is a half brother to stakes winners C’est Beau la Vie and Wales, while his Group winning dam is a half sister to racing immortal Makybe Diva.

Jolly Banner was offered by Tyreel Stud at the 2013 Inglis Australian Easter Yearling Sale where he was knocked down to Yiu for $300,000.