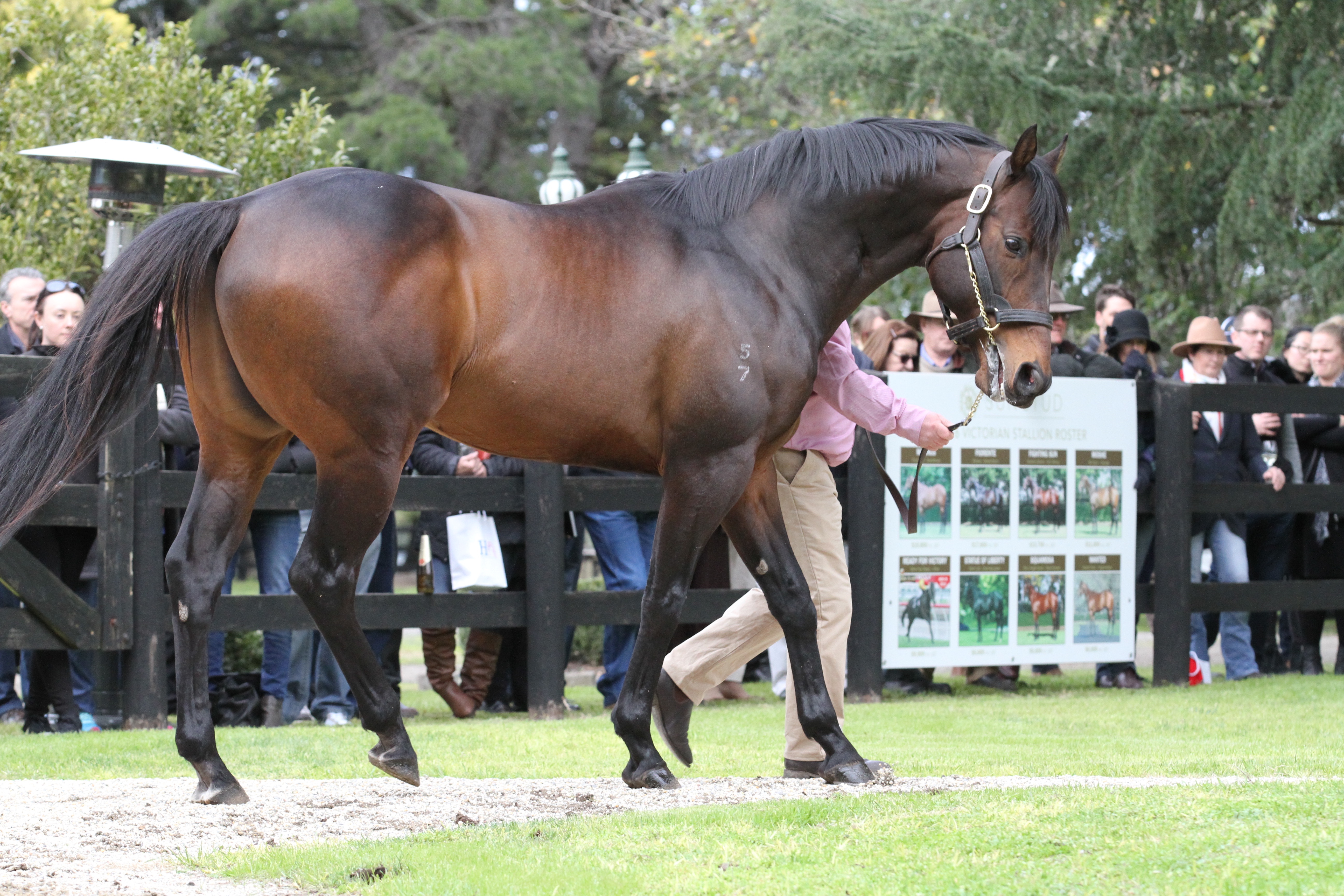 The annual round of Stud Open Days flowed from the Hunter Valley to Victoria last week with Sun Stud, Spendthrift Farm, Swettenham Stud and Darley all conducting stallion parades.

These events have grown massively in popularity in recent years and, according to Swettenham’s Adam Sangster, as many as 600 people flocked to see his Stud’s 6-strong stallion roster on Sunday.

“This is a significant endorsement of the north east region’s thoroughbred business,” Sangster enthused. “We opened the gates at 10am, while just down the road at Darley’s Northwood Park, they started their event at noon. It works really well.

“We’ve each got our individual stallions to promote, but there’s also a real sense of community in what we do.

“Swettenham was fortunate to have the Queen’s Bloodstock Manager, John Warren, as our guest this year and he was very complimentary about what he saw and was taken by the enthusiasm from those attending. The mares and foals are always very popular too: who doesn’t like to see the babies!

“But it’s not just about the horses. There’s involvement from so many people throughout the region with local produce featuring on the day and, indicative of the growth in the area, there’s a 60-room hotel being built practically next door that will be up and running by our 2017 Open Day. As it was, quite a number of people stopped off at Mitchelton Winery on their way home this year.

“A great day … a great showcase for the Victorian thoroughbred.”

Further down the road in the Macedon Ranges, Spendthrift Farm stretched its ‘Open Day’ over two days – Friday afternoon and Saturday – and General Manager, Garry Cuddy, was also very happy with the turnout.

Establishing its brand at Romsey last year and fielding a lineup of three stallions for the 2016 season, Cuddy estimated a turnout of around 200 over the two days, with all enjoying the stallions, the food, the drink, the races on the big screens (on the Saturday afternoon) and, for the breeders of tomorrow, the Wild Action Zoo from nearby Mount Macedon was a popular attraction.

Sun Stud (formerly Eliza Park International) has held its Open Day on the last Friday in August for over a decade and, in recent years, has included an industry expo.

“There’s also a ‘hole in one’ golf competition where the ‘pros’ have to hit the ball over a small lake onto a mini island. All proceeds go to the local CFA and I can tell you that as far as golfers go, they make good breeders!”

While one breeder has probably added to Macquarie’s lexicon by stating she was “all ‘stallioned’ out” by Sunday, yet another was more than relishing the task by saying on the Friday: “I’ve now seen 41 stallions in the last week … bring on Sunday!”