Our Boy Malachi Among The Top Echelon 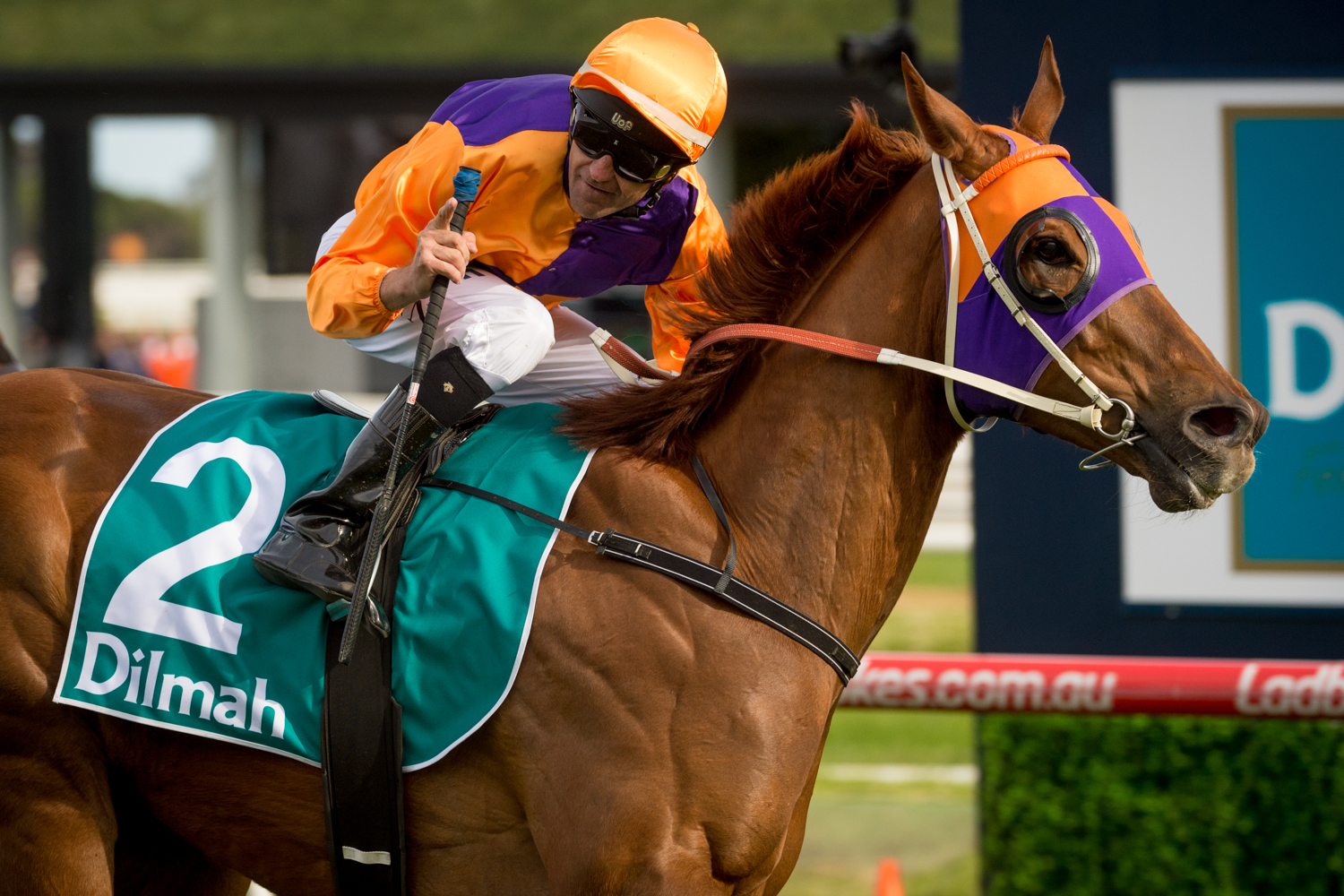 The North Queensland Cowboys didn’t have as much to barrack about this year: after collecting the National Rugby League premiership in 2015 – beating the Broncos in a thriller – the Cowboys got bundled out in the Preliminary Final this time around.

The bar at the Cowboys club did manage, however, to raise some cheers (and the odd glass) on Saturday when another local hero in Our Boy Malachi produced a blinder to swamp his rivals in the Group Two Dilmah Caulfield Sprint at Caulfield.

Part-owner, Ross Donovan, couldn’t make it to Caulfield for the win but was very impressed by what he saw on the TV.

“That was a terrific effort by the horse,” Donovan enthused. “As Wayne Hawkes (Our Boy Malachi’s co-trainer) said after the race, it was fantastic for an 8YO gelding to come to Melbourne for the first time and do that.

“I’d had a commitment to go fishing up in Cape York, but we drove 20 hours to get back to Townsville to watch the race … it was worth it!”

The Caulfield Sprint was the fifth stakes victory for Our Boy Malachi, who can also lay claim to a Group Two Expressway, a Group Three Hall Mark, a Listed Razor Sharp and a Listed Starlight – all in Sydney – after shifting to the powerful Hawkes stable.

The horse had been something of a phenomenon in Queensland as well. After finishing second on debut at Mackay, Our Boy Malachi reeled off 11 straight at Gympie, Rockhampton, Yeppoon and, in April 2014, his first win in the big smoke at Eagle Farm.

Ultimately, Our Boy Malachi would notch up 13 of 15 in Queensland – mainly for Rocky trainer, John O’Sing – before his shift south.

Our Boy Malachi proceeded to win his first four in Sydney before a return to his home state produced a third behind Hot Snitzel in the Group One BTC Cup and, for his only real failure to date, last in the Group One Doomben 10,000.

Team Hawkes ultimately settled on a trip to Melbourne after Our Boy Malachi ran a lip second – first up – behind Takedown in the Group Two Premiere Stakes in Sydney two weeks earlier.

From relatively humble beginnings, Our Boy Malachi has won $946,400 and may well add another arrow to the quiver in Perth’s Group One Winterbottom Stakes on 26 November.

Donovan doesn’t plan on missing that one: “Our Boy Malachi was bred by my brother, Colin, who sadly passed away in January 2015. He bred the horse on his 15 acre property at Rockhampton and I now race the horse in partnership with Colin’s wife (Katrina) and daughter (Jess). We’re a fairly spread out bunch: I’m in Townsville, Katrina is in Rockhampton and Jess is in Brisbane.

“I race a handful of horses – mainly locally, but some in Brisbane as well – but the thing about Our Boy Malachi is that anyone can race a horse like him.

“Our Boy Malachi’s older brother, Hodgie and Mo, won some 10 of his 20 starts, two of the others out of that mare (Rusticate) won five races each and Wal’s Boys – named after our father – won four.

“She was a great mare that Rusticate … unfortunately she died not long after producing Our Boy Malachi. Incredible. Seven to race for seven winners and, luckily, she saved the best for last.”

There was plenty of cause for celebration too from Oakwood Farm at Haigslea and Shane Chataway, who owns Our Boy Malachi’s sire, Top Echelon.

Oakwood’s principal, Bob Wood, believes Top Echelon is clearly underrated as a sire and says statistics bear out his assessment.

“He (Top Echelon) didn’t get much of a go in the early days and only covered small books before we got him in 2014,” Wood explains. “In fact, he only covered 34 mares in 2007 (the year Our Boy Malachi was conceived) while the year before he had a book of 54 and, from that, produced 2014 Group One Stradbroke Handicap winner, River Lad.

“Two of his other stakes winners – Ellawisdom and Lady Echelon – came from a crop of just 30 live foals.

“He covered just over 70 mares over the next five seasons but with River Lad and Our Boy Malachi to represent him, he then had a book of 107 mares in his first season with us and followed up with 64 mares last spring. He’s currently working his way through around 85 mares and maybe a few more after Saturday. It’s great for us and also for Shane who has had the horse since he was a weanling.

“He (Top Echelon) was a pretty good 2YO by Umatilla, winning a couple in Brisbane, and also ran second to Lovely Jubly in the Group One TJ Smith Classic.”

Situated around 40 minutes drive from Brisbane, Oakwood has hosted some 37 Group One winners over the past five years as part of its spelling and agistment arm, while sale highlights include conducting the Paul Makin Dispersal and selling a Ready To Run horse for $850,000.

“There are a number of facets to the business,” Wood adds, “and results like Saturday’s Caulfield Sprint are really icing on the cake. I reckon Top Echelon is one of the best value sires in the country, given that he stands for only $3,000.

“In the 2014 season there were only three stallions in the top 10% standing in Australia that fall into the categories of stakes winners to runners, winners to runners and prize money to runners. They were Northern Meteor, Top Echelon and Dubawi. That’s very good company!”