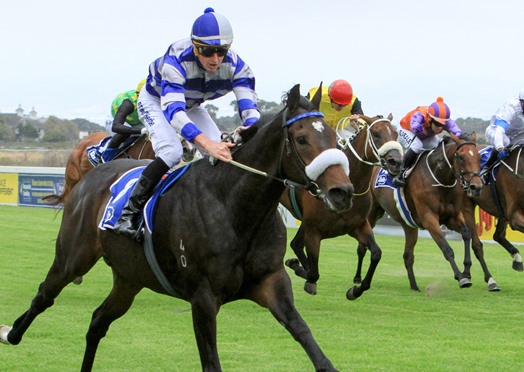 Group 1 heroine Cosmic Endeavour might be the latest addition to Crowning Stone’s broodmare band, but it has been a former mum who had an all too brief career at stud which has helped Australia create a slice of history in South Africa.

Hunter Valley-bred Ovidio became the first Australian progeny to win the Group 2 J&B Urban Stayers at Kenilworth in Cape Town over the weekend after being sold for just $30,000 as an Inglis Easter yearling back in 2012. The Danehill Dancer colt out of Red Ransom mare Pre Nup was bought by bloodstock agent James Bester for South African clients.

“He was close to being [Pre Nup’s] last foal because she had a pretty horrific injury to her leg and had to be put down,” said Crowning Stone’s Mike Thew. “She had another foal by Dane Shadow after that and that was the last of her three progeny.

“As you would expect [Ovidio] was a fairly robust type. He was a fairly typical Danehill Dancer and was a big strong horse.”

All three of Pre Nup’s foals have turned out to be winners on the track, none better though than Ovidio. Pre Nup was formerly owned by Wakefield Stud’s longtime breeder and owner Brian Agnew, who died after a battle with cancer almost a year ago.

As Cosmic Endeavour basks in being the latest addition to Crowning Stone’s specialist broodmare band, the Thews are preparing a strong draft for this week’s Inglis Classic sale which will be spearheaded by a Casino Prince filly out of Kartini. She will go through the ring as Lot 37 during the first session on Saturday night.

“We’ve got a pretty nice draft at the Classic Sale,” Thew said. “We’ve got about 30 [broodmares] and they’re only permanent mares and our own mares at the moment. We probably sell about half the yearlings we breed and we probably keep the other half to race.

“[Cosmic Endeavour] is in foal to Lonhro. Her owners Don and Judy Kelly have just been staying with us and are good friends of ours. They couldn’t believe how well she has adapted to life as a broodmare.”