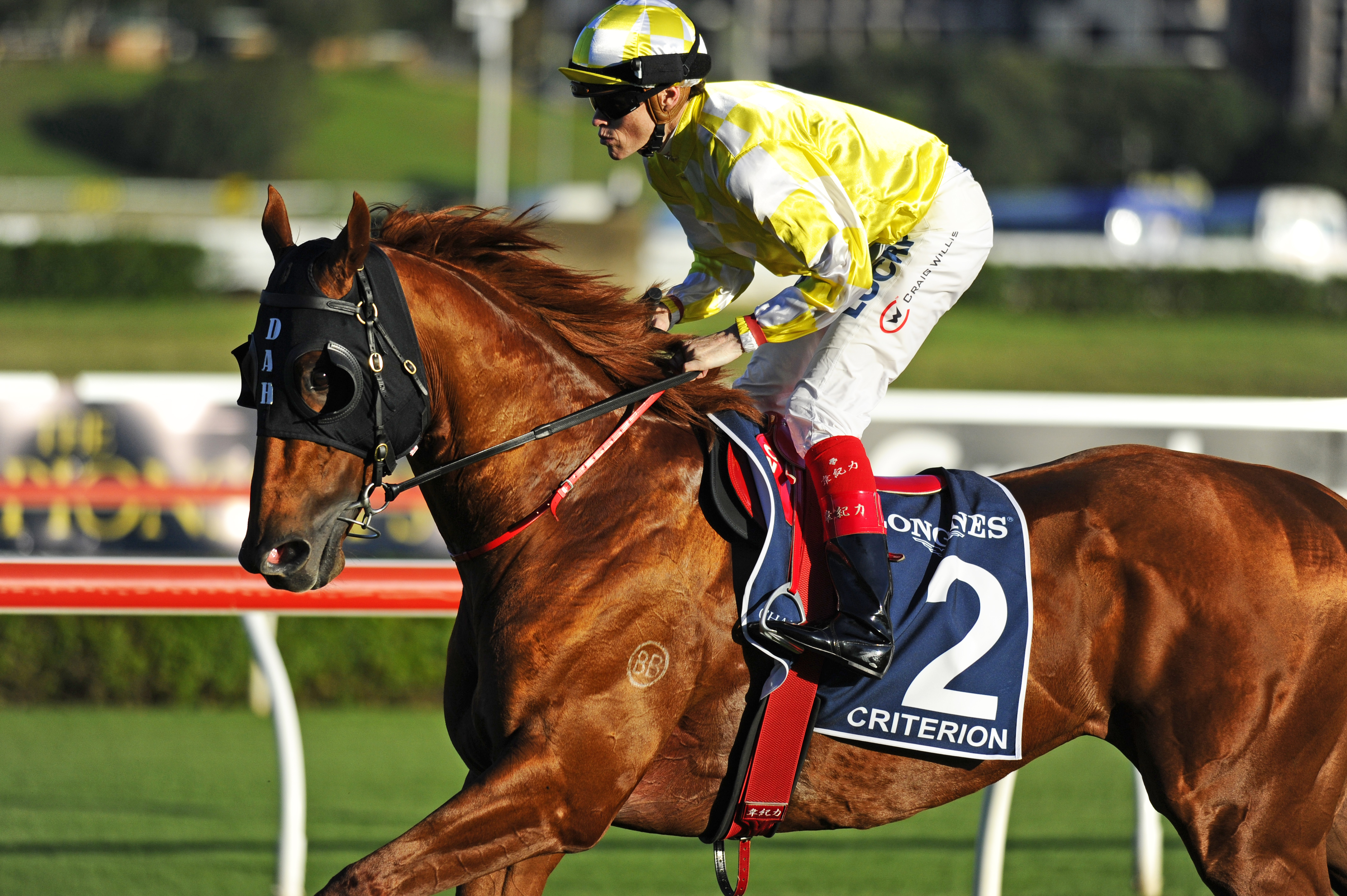 Through the generosity of Criterion’s owner, Sir Owen Glenn, the winner will receive 10% of any prizemoney he collects in the Royal Randwick feature – some $200,000 if he triumphs!

In addition, the winner and five friends will experience the ultimate day out, with exclusive hospitality at The Championships Day 2 on April 9, the chance to be in the parade ring as David Hayes gives the stallion’s jockey his final instructions, plus flights for two from any Australian capital city, accommodation and transport to and from the track.

To win simply go to www.ownachampion.com.au and tell us what you would call a foal fathered by Criterion out of the mare Ruud Awakening.

What’s more, owner Sir Owen Glenn will pick the winner and use the name when Criterion becomes a father after retiring to Newgate Farm in the Hunter Valley.

Transport magnate and prominent philanthropist, Sir Owen, said the competition was a great opportunity to enjoy the ultimate racing experience.

“If you enjoy racing then of course you should enter. It costs nothing and you get to be part of this brilliant horse’s final race on one of the biggest day’s racing in Australia,” said Sir Owen.

“And of course there’s the possibility of winning $200,000 if he can defend his Queen Elizabeth title.”

When Aushorse ran the competition last year -offering a share in brilliant mare Royal Descent when she ran in the Doncaster Mile – more than 10,000 people entered.

The winner, Jonathan Wood, collected more than $20,000 when she ran third in the $3 million feature.

“It was an amazing experience, to be part of the build-up to such a big race and then a huge thrill to cheer her home,” said Mr Wood.

“If you’re thinking of entering you definitely should, I know I will be again!”

Entries are already open, with the deadline for the competition being at midday on Sunday April 3. It is open to all Australian residents aged 18 or over.

Criterion is a superstar on the track, having already collected four Group One races and been placed in nine more.

As a two year-old he had the speed and precocity to win the Group 2 Todman stakes, before maturing into a champion three year-old, winning the Rosehill Guineas and ATC Derby.

At four he was aimed for the Queen Elizabeth and, after a couple of Group One placings in the lead up, he demolished a top class field that included Group One winners Red Cadeaux, Adelaide, Lucia Valentina and Japan’s Tosen Stardom.

After campaigning at the highest level in Europe the stallion then returned for the Spring Carnival, running second in the Cox Plate before an unlucky third in the Melbourne Cup.

Trainer David Hayes said: “This horse is an absolute champion. He’s the best sprinter in my stables and the best stayer.

“This is an incredibly generous offer by Sir Owen and an amazing prize. I’m confident Criterion can defend his crown and give the winner an amazing day – I only wish I could enter myself!”

“Criterion is a horse that anybody would love to own – he’s incredibly talented and incredibly tough.

“This prize is a wonderful opportunity to be part of his final run before he goes to stud and experience the thrill of racing at the highest level. I’d like to thank Sir Owen for his wonderful sportsmanship in allowing somebody to share such a wonderful horse, not to mention the possibility of winning $200,000 in prizemoney.”