Ownership – The Heart And Soul Of Racing 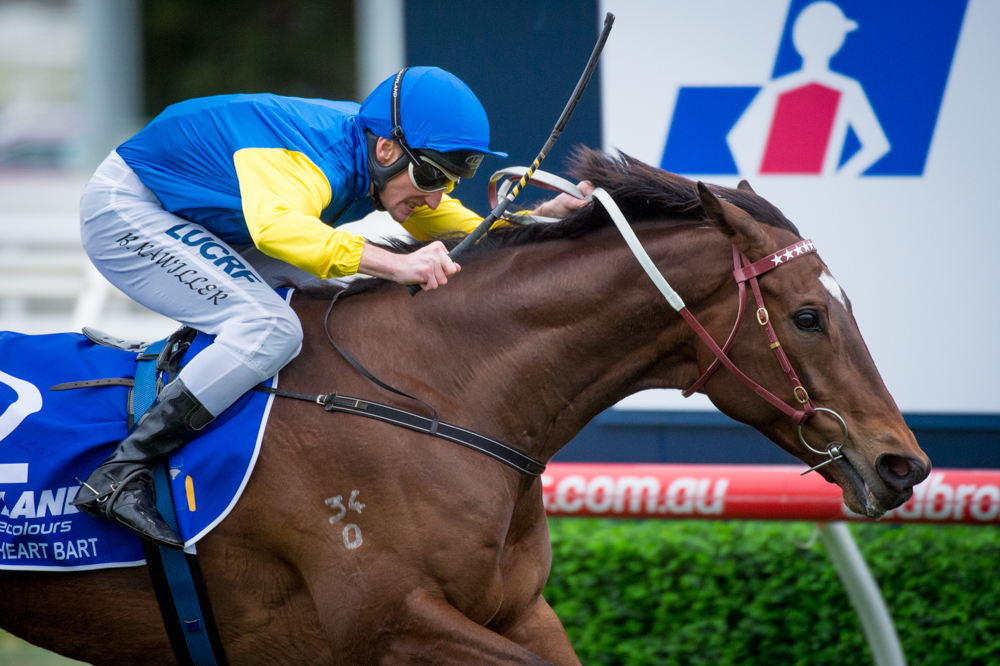 Highlights from feature races are never in short supply. Take Saturday’s Group One racing for instance.

Most race fans still expect that Winx will capture her second Cox Plate next month, but what once appeared to be a dead cert, is now – at the very least – considered ‘competitive’ after Black Heart Bart’s riveting performance in the Underwood Stakes over 1800m. Maybe the 2040m of the Cox Plate won’t be a problem after all?

Darren Weir certainly doesn’t think so and, as he is the trainer of three of the four Group One winners thus far in Melbourne this season, he might be entitled to the benefit of the doubt.

Bon Aurum’s victory in the Sir Rupert Clarke earlier in the day was no less compelling. Ciaron Maher has done wonders for this galloper: a horse that only two weeks ago won a Listed race at Flemington and who can now add a Group One to the resume. Celebrations in the mounting yard were of Group One calibre too. Maher might have retained his surfie boy locks, but despite the fresh face, few would doubt that the bloke who burst onto the scene nearly 10 years ago with Tears I Cry in the Emirates Stakes, is now one of the nation’s top trainers.

However, if the two Group One events highlighted anything on Saturday, it is the easy accessibility to racehorse ownership.

Geraldton builder, Kim Renner, wasn’t at the sales but watched the action unfold on TV and thought the yearling was “striking”. A phone call later, Renner matched the reserve and then got four of his mates go into the horse.

Named after a fishing lure, Black Heart Bart won eight stakes races in Western Australia – including the Group Two Lee Steere Stakes – under the stewardship of Vaughan Sigley, but it was determined the son of Blackfriars should head east to Darren Weir in search of better prizemoney and lighter weights.

Smart move. In his eight starts since joining Weir, Black Heart Bart has won four and run second in four – all bar two of those outings at Group One level.

Black Heart Bart’s prizemoney after Saturday’s Underwood now stands at $2,673,580 with Renner clearly pleased that no-one else saw what he saw at that yearling sale.

If Black Heart Bart can pull off a ‘Northerly’ and take the Cox Plate back west, Renner’s initial $20,000 will have turned into near enough to $4.5 million.

And speaking of ‘gold’ … as the principal of leading syndicator, Ken King Thoroughbreds, it’s Ken King’s job to get people involved in racehorse ownership.

He’s been at it quite a few years now and is quick to point out that there is no better advertisement than winning a Group One with a horse like the well named, Bon Aurum (‘aurum’ is Latin for ‘gold’).

King raced (and syndicated) Bon Aurum’s sire, Bon Hoffa – who now stands at Bowness Stud at a fee of just $4,400 – and actually bred the 2016 Rupert Clarke winner at his Parador Park property in Victoria.

“I had already syndicated a Group One winner (Set Square, 2014 VRC Oaks) to a group associated with the local (Euroa) footy club, so, naturally enough, there were quite a few takers for Bon Aurum.

“Let’s just say that there are quite a few locals who are happy they decided to get into racehorse ownership!”