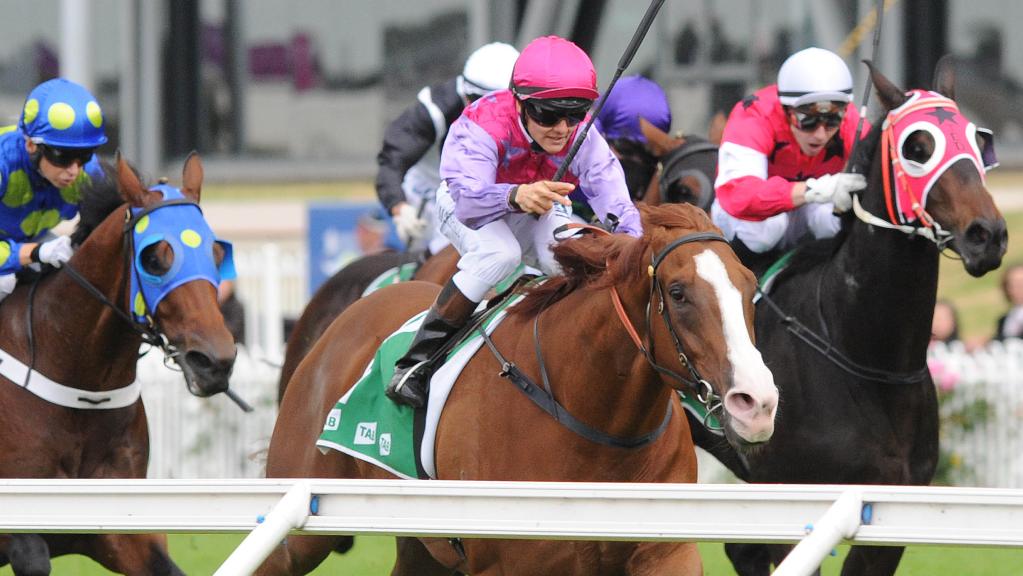 Dylan Thomas, that most esteemed of poets, famously wrote: “Do not go gentle into that good night, old age should burn and rave at close of day; rage, rage, against the dying of the light”.

This was presumably a while before he downed 18 straight whiskies and promptly departed into the ‘good night’.

Oxford Poet, a well-named son of the obviously less loquacious but equally prolific stallion, Dylan Thomas, didn’t have to contend with the dying of the light in the Listed Winter Stakes at Rosehill on Saturday, but the rising 6YO raged against a quality lineup to secure his first black type victory.

It’s been some journey for the flashy chestnut with the big, white blaze. Despite his age, Oxford Poet has only raced on 22 occasions for five wins and 12 placings, but has had to endure lengthy periods on the sidelines due to navicular disease.

“He (Oxford Poet) has always had problems with his feet,” trainer Kim Waugh points out. “I think we’re on top of it now, but it’s been difficult going.

“He wears these massive shoes most days – like he’s wearing gum boots – but it takes a lot of pressure off the feet.

“I’m just really happy for the owners. Jim Yee and his wife Betty bred the horse and have put quite a few family and friends into him as well. Jim is very loyal to the stable and I’ve fortunately trained a lot of winners for him.

“Jim has been really patient with Oxford Poet and the horse has gone close to stakes success in the past (second in the Luskin Star in May last year and third behind Danish Twist the 2016 June Stakes) so to win the Winter Stakes was a fantastic result.

“We’ll see how Oxford Poet pulls up, but at this stage we’ll likely head toward the $150,000 Winter Challenge in a fortnight.”

A son of the aforementioned, Dylan Thomas, who stood five seasons at Coolmore in the Hunter Valley (2008-12) and covered over 500 mares, this is the Danehill stallion’s third stakes winner in Australia.