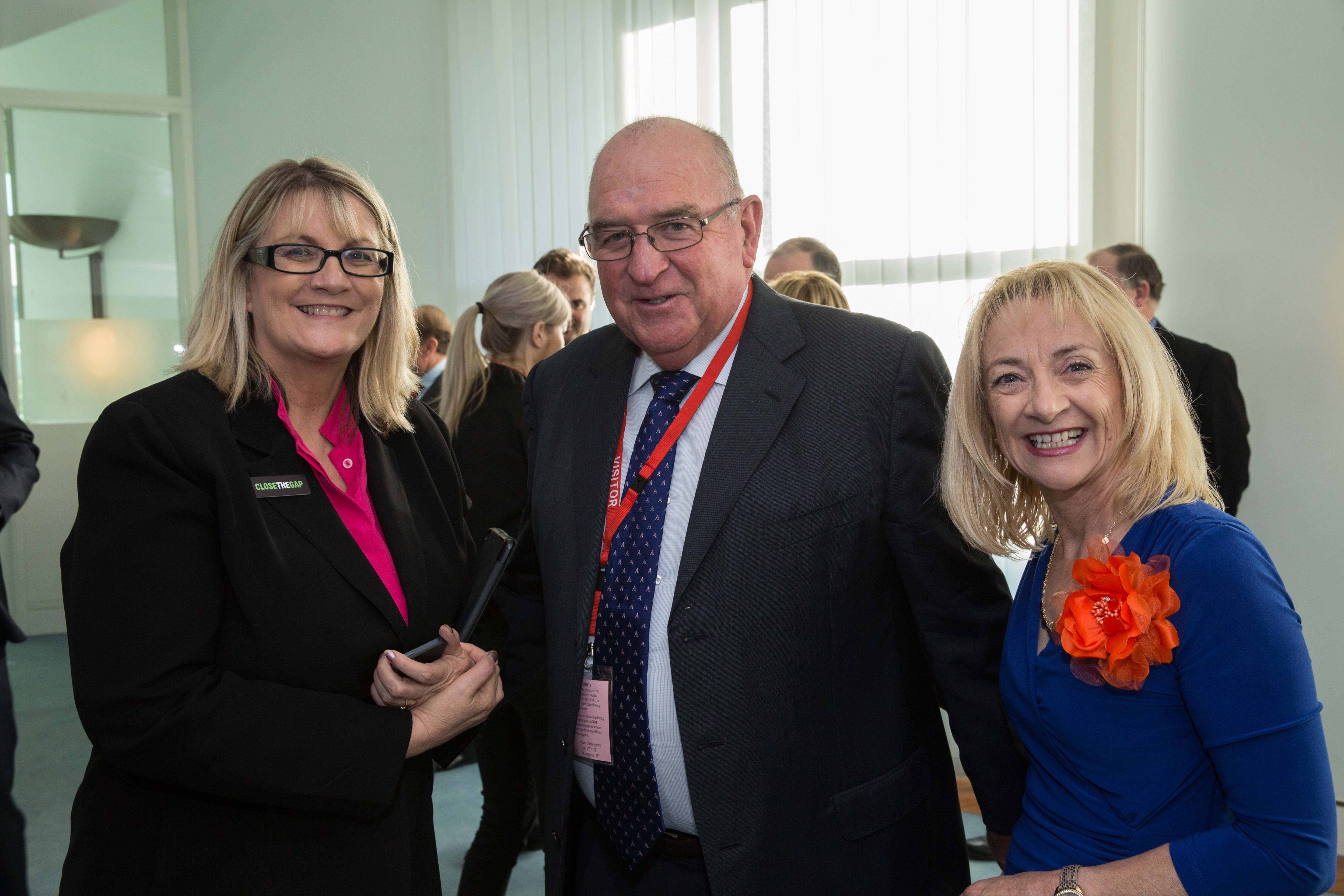 An Evening with the Australian Thoroughbred Breeding Industry and Racing Royalty. Photography by Andrew Taylor

Agriculture Minister Barnaby Joyce was joined by Defence Minister Marise Payne and other senior members of the government for the event in parliament house, which was organised by Thoroughbred Breeders Australia (TBA) in conjunction with the Parliamentary Friends of Primary Producers.

Leading trainer Gai Waterhouse spoke to the more than 80 gathered in the room about the importance of Australian breeding, and was joined on stage by TBA president Basil Nolan, Chris Watson from Mill Park Stud in South Australia, Antony Thompson of Widden and TBA chief executive Tom Reilly.

“The international market is extrememly interested in Australia – we breed tough horses who thrive on racing and we prove that every year,” said the trainer who has won six Golden Slippers.

“Breeding is part of the grass roots of Australia, the grassroots and fabric of what makes this country great. Please don’t overlook us, we are an important industry and a great employer.”

TBA president Basil Nolan was thrilled with the turnout from parliamentarians.

“This was an important opportunity for us to really emphasis what a crucial role breeding plays in the rural economy,” said Mr Nolan.

“If you’re not involved in the industry then sometimes it’s easy to overlook how many jobs there are, how many related businesses are dependent upon what we do and how big our exports are. I certainly think there were a number of people who took that message on board.”

Government Chief Whip Nola Marino, who breeds and races horses in her electorate of Forrest, south of Perth, said: “The equine industry supports so many of our small businesses and communities but is frequently overlooked in the economic dividend it provides for our community.

“There is nothing like winning a race – whether it’s the smallest race at a country track or a big race that you never expected to win. There’s nothing like it.”

During a question and answer session Antony Thompson of Widden Stud explained how he has 60 full time employees to run a stud business with 350 mares, but only one full time worker for a herd of more than 1000 cattle.

Scone MP Joel Fitzgibbon, shadow Agriculture Minister and a co-convener of the Parliamentary Friends of Primary Producers, spoke passionately about the importance of the thoroughbred industry and how thoroughbred breeders are often overlooked.

“We should be proud of breeders for so many reasons and we should never overlook it. It’s a huge employer in Australia and we’re world leaders with our product,” he said.

“I’m delighted with the turnout tonight and the recognition our industry has received.”

The evening event followed a day in which TBA held a number of face-to-face meetings with politicians, including with Barnaby Joyce, who now holds the position of Deputy Prime Minister.

Mr Joyce was briefed on the shortage of a vaccine to control the Equine Herpes Virus, a critical issue for Australian breeders. He also discussed a future Research and Development Levy for the thoroughbred industry that  would receive matched federal government funding.

TBA chief executive, Tom Reilly said: “It’s been a very productive few days in Canberra and I’m delighted with the response we’ve had from all corners of parliament.

“There’s a recognition that as a significant industry we need support from federal parliament to maintain our status as a world leader.”

Thoroughbred Breeders Australia (TBA) is the national peak body established for the benefit of the Australian thoroughbred breeding industry, which is the second largest in the world. TBA has a membership base of 3,800 individual breeders and other industry participants, and is also the parent company of the six state breeders’ associations.

These members make up more than 60 per cent of individual breeders, who are responsible for about 90 per cent of thoroughbred production in Australia.